Can anyone help identifying this badge: 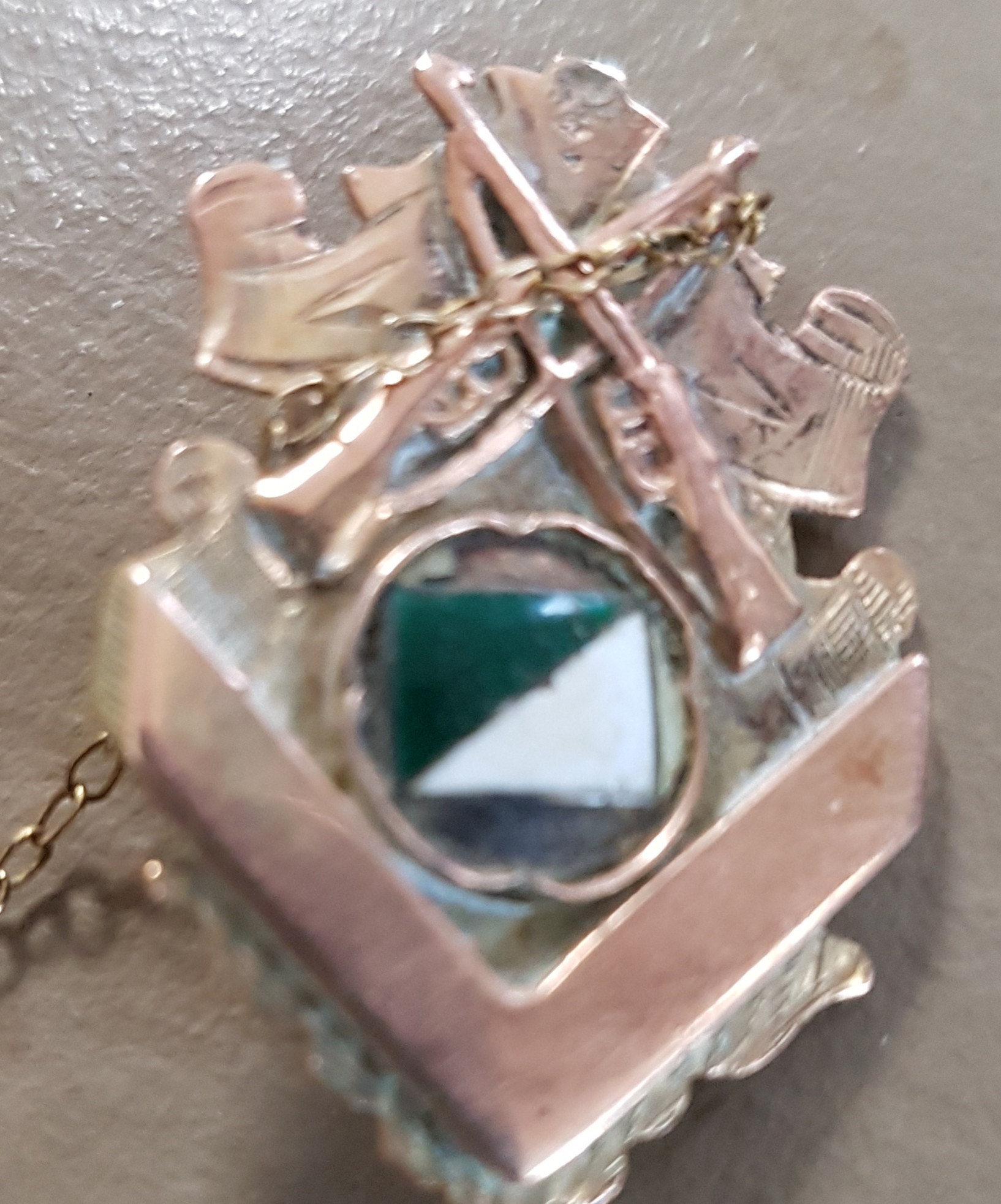 The back reads: Pte G E Thornton from R'dents T'morel and district on his return from France. 1919

As I said in the comments, this looks like a 'return fob' that was presented to Private G E Thornton by the residents of Tannymorel in Queensland on his return at the end of the First World War.

The enamel green and white badge in the centre looks like the Unit Colour Patch of the 2nd Light Horse regiment:

(although the badge on your return tag appears inverted, which may have some significance that I'm unaware of)

The 2nd Light Horse were a mounted infantry regiment raised in Queensland.

Based on this, I think you may have a badge that was given to George Edward THORNTON, Service Number 2331. His service record is available from the national Archives of Australia. He was taken on the strength of the 4th Anzac Battalion on 30 December 1917 and served on the Western Front in France.