Are these outfits of children of Nazis historically accurate, and if so, what is their meaning?

In the Spanish film the photographer of Mauthausen there is a scene of a party held to celebrate the birthday of the son of Mauthausen Concentration Camp commander (Franz Ziereis).

In the party at least two children of Nazis are present, the birthday boy himself, and the daughter of a Nazi industrialist/businessman (named only Poschacher). During the party, the boy is wearing a green triangle pointing up and the girl a red triangle pointing down, as can be seen in the following screenshot. 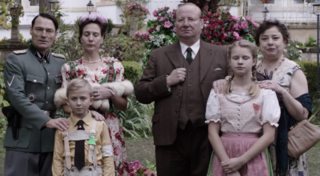 They remind me of the symbols used to mark Nazi prisoners, and it seems strange to me that they would put similar markings on their own children, but they are Nazis so go figure.

Are these costumes historically accurate, and if so, what is the meaning of the markings?

1. The triangles the children are wearing appear to be part of some kind of 'tag' game they are playing during the party. Thus, the triangles do not have anything to do with their costumes or Nazi symbols / identification / badges.

2. The costumes, a mix of traditional and non-traditional, appear to be historically accurate. At first glance, the boy's attire similar to that of the Deutsches Jungvolk but it lacks badges and other details are wrong, but this is not to say that the filmmakers made a mistake (see below).

If you look closely (from about 1hr 06 mins) at the children playing in the background, you'll see that they are running around tagging each other. There's a green team and a red team (at one point two greens run past each other without tagging). You can see the triangles on most of them (it's hard to see all as many are not in focus or move too quickly) but some are not wearing them on the chest and the boys do not all have green like the one in your photo, and nor are the girls all red. 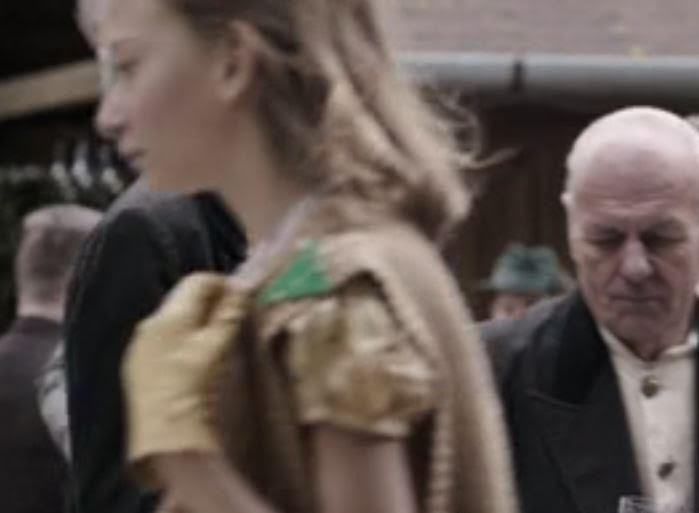 Screenshot from 'The Photographer of Mauthausen'.

None of the triangles are properly sewn on as one would expect if they were proper badges (see the prisoners in the film - badges are firmly sewn onto their clothing). Clearly, the triangles have only been affixed temporarily for the purpose of the game.

It would appear that the only green triangle that girls might wear was the Landjahr badge but the badge shown below is not in evidence in the film and none of the girls are wearing the uniform of League of German Girls (BDM).

"A special triangle existed for girls who were absolving their Landjahr service. It consisted of a green triangle with the word "Landjahr" in white letters". Source: bdmhistory.com

The boy is not wearing a pimpf or Deutsches Jungvolk uniform but the similarities may be deliberate on the part of the filmmakers. This uniform was for boys in the Hitler Youth aged 10 to 14 but, in the film, the boy's party is for his 10th birthday so he cannot yet be a member.

Additionally, other details are wrong. The braces (UK) or suspenders (US) are not standard, shorts were usually black (but could be khaki - see below), there are no badges (see below), he's wearing a tie rather than a neckerchief, and the boy has an armband with KAPO. 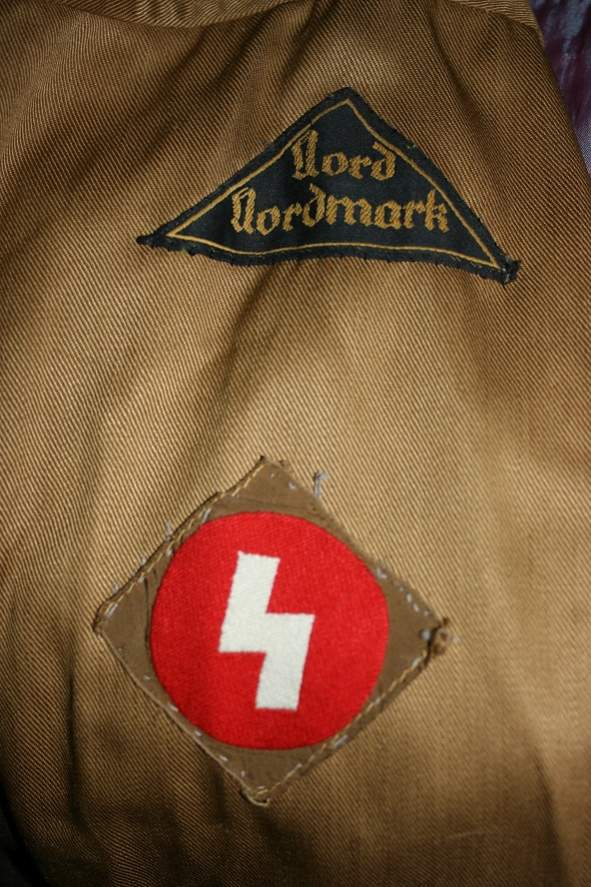 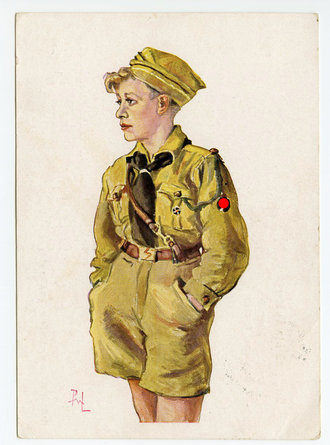 Given the context of the film - the father is a 'hard-core' Nazi - it's possible he has just dressed his son to look like a pimpf (and presumably the boy will be signed up post-haste as membership was compulsory). The KAPO armband may be a reference to the fact the father runs a concentration camp.

The girl's costume, and those of the other children at the party, all seem to be traditional attire (tracht) or regular civilian attire for the period. 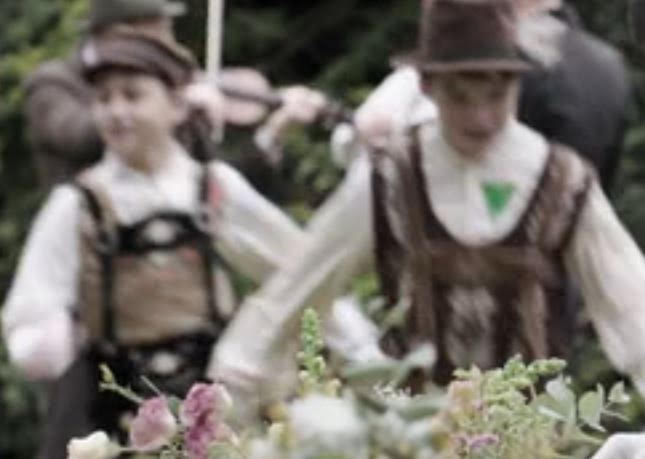 Screenshot from 'The Photographer of Mauthausen'.

Acknowledgement LangLangC for confirming what I was in the process of editing, and suggesting an additional source.

Not the answer you're looking for? Browse other questions tagged world-war-two nazi-germany historical-accuracy movies or ask your own question.

15
What factors discouraged the Nazis from focusing all their forces on the Caucasus region during Operation Barbarossa?
5
Did the Nazis ever cite Martin Luther's "The Jews and their lies" to justify the holocaust?
2
What aspects of Primo Levi's works are considered historically inaccurate?
18
What is the name and meaning of a World War 2 CCC Medal with both the Polish Eagle and British Statant Gardant Lion?
4
How historically accurate are the subplots about poison gas and false flag assassinations in Babylon Berlin?
6
What were Helfrich's orders for Doorman in 1942 prior to the Battle of the Java Sea, and did he comment on these in later life?
3
What tanks/armored vehicles are in these pictures?