Who was Ahmad al-Barbir al-Tarabulusi, and did he write about an old number-based middle-eastern joke about homosexuality?

While reading the book From one to zero. A universal history of numbers by the French historian Georges Ifrah I came across a retelling about an old joke about homosexuality but I cannot find any references to it elsewhere. This is from the English translation, page 58-59:

More obscenely, Ahmād al Barbīr al Tarābulusī could not resist offering his pupils the following mnemonic for the gestures representing 30 and 90: "A poet most elegantly said, of a handsome young man: Khālid set out with a fortune of 90 dirhams, but had only one third of it left when he returned!" plainly asserting that Khālid was homosexual (Fig. 3.32), having started "narrow" (90) but finished "wide" (30). 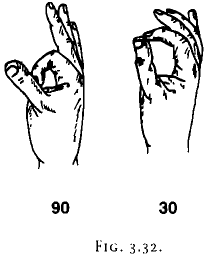 (Any typos are mine - quote is typed in from the book)

I'm trying to figure out how credible this is, and who Ahmād al Barbīr al Tarābulusī really was. He is mentioned in a chapter that talks about number systems in the Islamic world roughly between 600-1200 CE, but only as "a writer on secular Arab and Persian texts".

Googling the name does not lead me anywhere and the book only contains a list of almost 900 bibliographic references starting on page 601 - I cannot find any that matches Ahmad, al-Barbir or al-Tarabulusi.

The book is something of a "popular science" book, so it's not as well referenced as a scientific text should be. It has received a lot of praise, but also some criticism, but the criticism mostly seems to be centered around the author ignoring a lot of sources, and not obvious falsifications.

Browse other questions tagged middle-east mathematics sexuality or ask your own question.

19
Before European influence circa 1600, did any Chinese believe the Earth was spherical, and did they ever try to measure it?
7
Why was there so little information about sex in Eastern Block countries?
2
Why did Allied Command maintain passive, especially Indian units in Middle East during the years 1942 and 1943?