Approximately how much travel time was saved by the opening of the Suez Canal in 1869?

Understanding that there were a few variables involved, approximately how much travel time was saved by no longer having to travel around Africa after the opening of the Suez Canal in 1869?

That would have depended on the ship and your destination.

To get a sense of the savings (the travel times are from today), consider the presentation that's referenced on the Suez Canal wiki page. 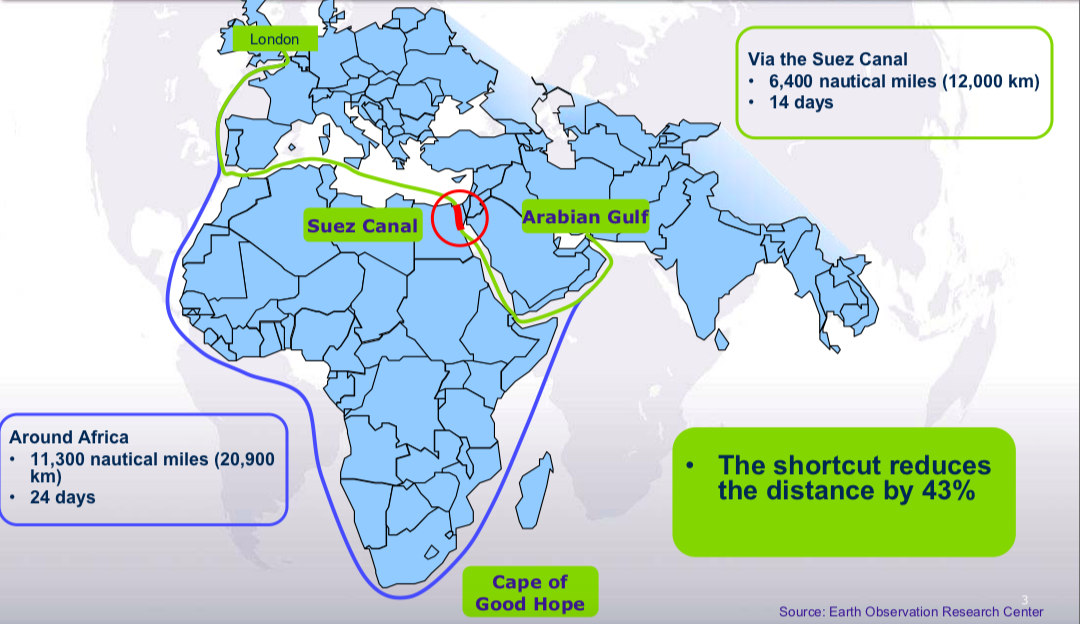 As a point of comparison, London to New York is a bit over 3,300 nautical miles (6,200km) when traveling by sea. So going through Suez when traveling from Hormuz to London is like avoiding a trip and a half across the Atlantic.

This separate question has a few sources where you will likely be able to locate how much savings in days that would have meant.

In passing, crossing through Suez had an additional benefit: not needing to worry about the at times enormous waves near the Cape of Good Hope. (The sea is even more treacherous at Cape Horn.)

Three steam ships of the Blue Funnel Line used both routes (round the Cape of Good Hope and via the Suez Canal) between Europe and Asia from 1866 to 1870. Upon switching from round the Cape to through the Suez Canal, these same ships saved between 10 and 12 days.

Arthur Holt's Blue Funnel Line sister ships Agamemnon, Ajax and Achilles all sailed on their first trips from London to Singapore via the Cape of Good Hope in 1866. Agamemnon, the first to sail (in April), took 59 days. Achilles, the last to sail (in August), was the fastest at 57 days. 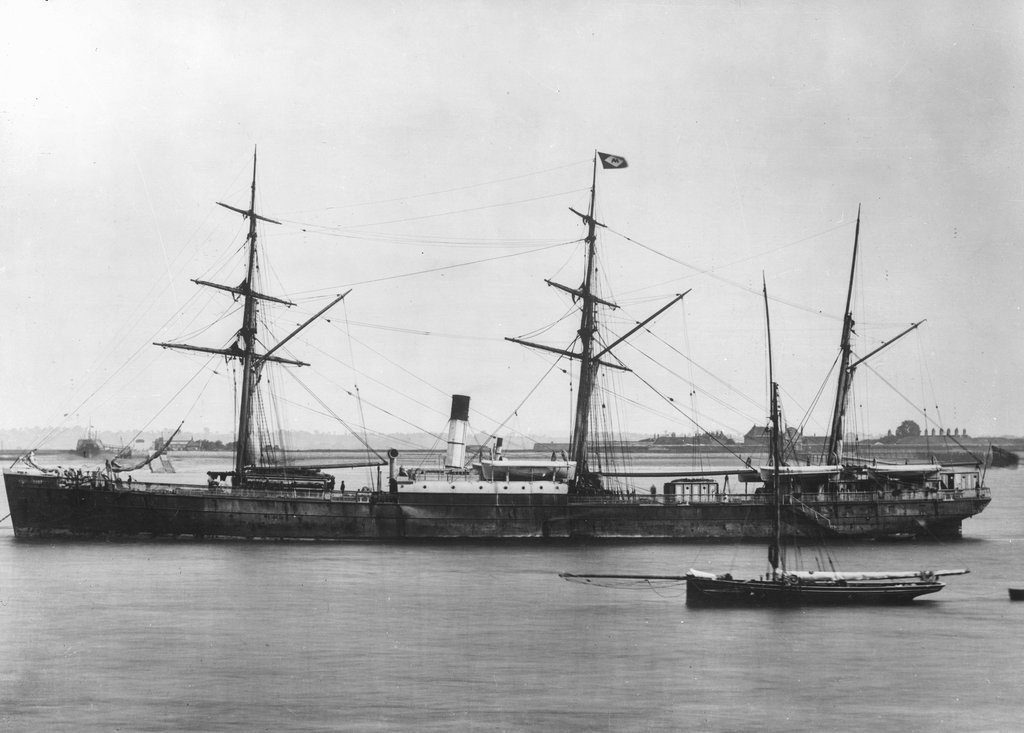 Cargo steamer SS 'Agamemnon'. After several years sailing round the Cape, this was one of the first cargo ships to pass through the Suez Canal. Image source: magnolia box

The three ships continued to ply this route (they also went on to various Chinese ports) until the Suez Canal opened. Between 1866 and 1869, they averaged 58 days from London to Singapore. By June 1870, these same three ships had all switched to the Suez Canal route, saving 10 to 12 days, but they were not the fastest in that year: the steamship Shantung set a new record when it made the trip form Glasgow to Singapore in 42 days.

Even without the Suez Canal, the Blue Funnel Line ships had already cut the sailing time between Europe and the Far East, being much faster than sailing ships such the Eileen Radford which set the best (non-steamship) London - Singapore time in 1867 at 116 days (see also the Great Tea Race of 1866 - 3 ships took 99 days from Foochow, though they were all beaten by the auxilliary steamship Erl King which took 77 days). Equally important for the shipping company was that the steamers carried far more tonnage than the sailing ships.

Not the answer you're looking for? Browse other questions tagged trade africa or ask your own question.

14
How long would it take to travel from the United Kingdom to America in 1890?

10
Why did the attempts to keep Africa colonized after World War II fail?
4
Travel time for African Slave trade
11
How much contact did Sub-Saharan Africa actually have with the rest of the world since the beginning of civilization?
3
Where can I find documents on the 1992 fight between French soldiers and Somalian fighters?
6
How did the ancestors of proto-Malagasy in South Borneo reach Madagascar?
8
What do we know about the location of Islamic schools in pre-colonial Africa?
9
Were there any well-established land trade routes in the US colonies around 1700? What did they look like?