In Classical Athens, what did the portico of the archon basileus look like?

In Plato's Euthyphro, Socrates and his titular interlocutor meet at the portico of the archon basileus - or chief archon. I've been looking for an image of the portico but had no luck so far, and am not entirely sure how else to proceed.

Has the portico been preserved, and are there images of it? If not, are there credible descriptions of it or inferences we can make from similar buildings that have survived? I'm trying to get a mental (or even better, literal) picture of the setting of the dialogue.

There's a model of the Stoa Basileios (or Royal Stoa), seat of the archon basileus, at the end of 5th century BC on the site of the American School of Classical Studies at Athens (ASCSA). This is close to the date (399 BC) that Plato's Euthyphro took place. 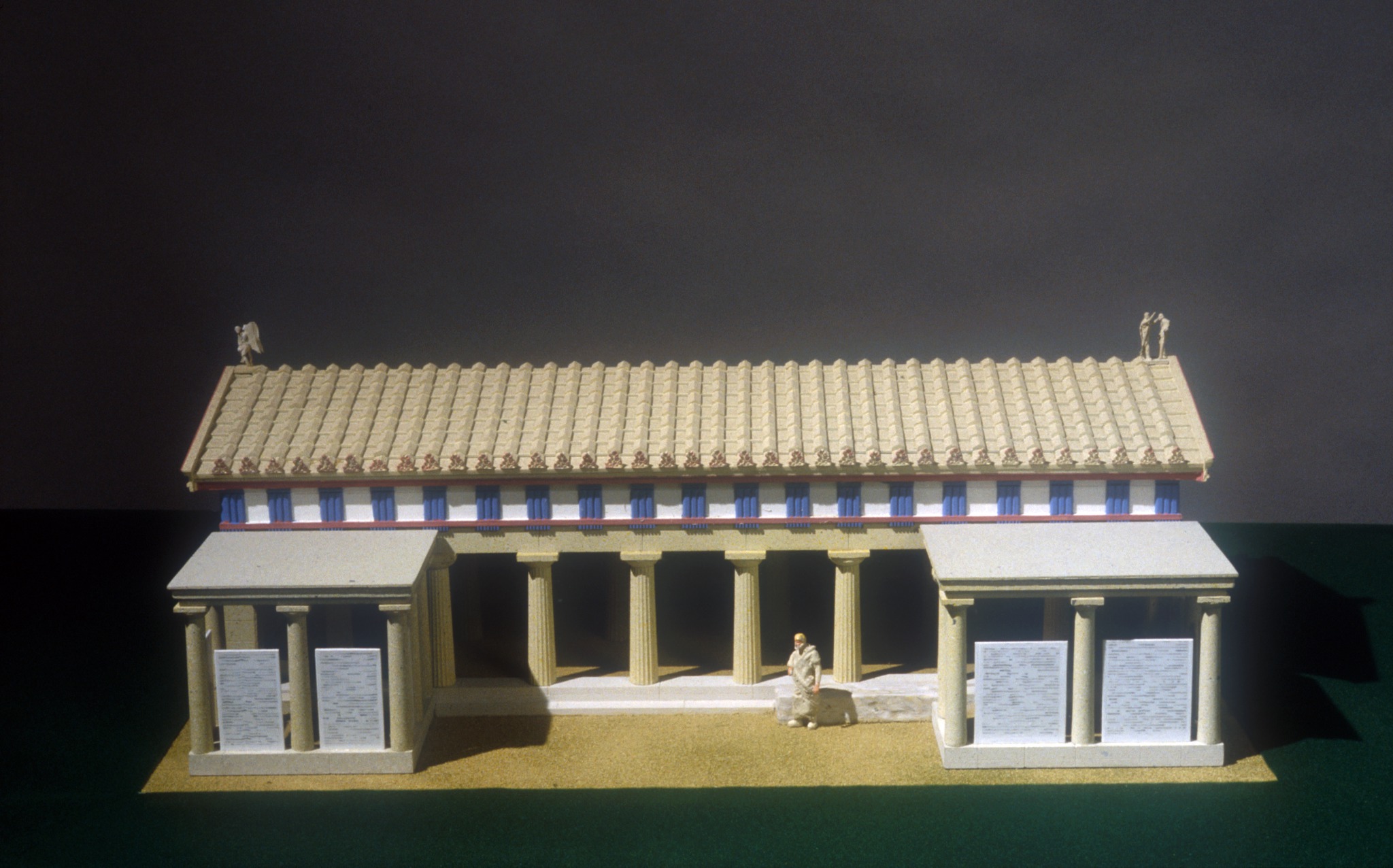 "Model of the Royal Stoa at the end of 5th c. B.C. with the addition of the annexes. Model realised by Petros Demetriades and Kostas Papoulias. Agora Museum, Athens." Image & text source: American School of Classical Studies

There is also a description and some photos of the ruins at Agora Monument: Royal Stoa.

The building is small for a stoa, only 18 meters long, with eight Doric columns across the front and four down the middle (Fig. 64) [see photo below]. It should date originally to the years around 500 B.C., but was extensively rebuilt in the 5th century. Two projecting wings were added between 410 and 400 to display new copies of the law code of the city. 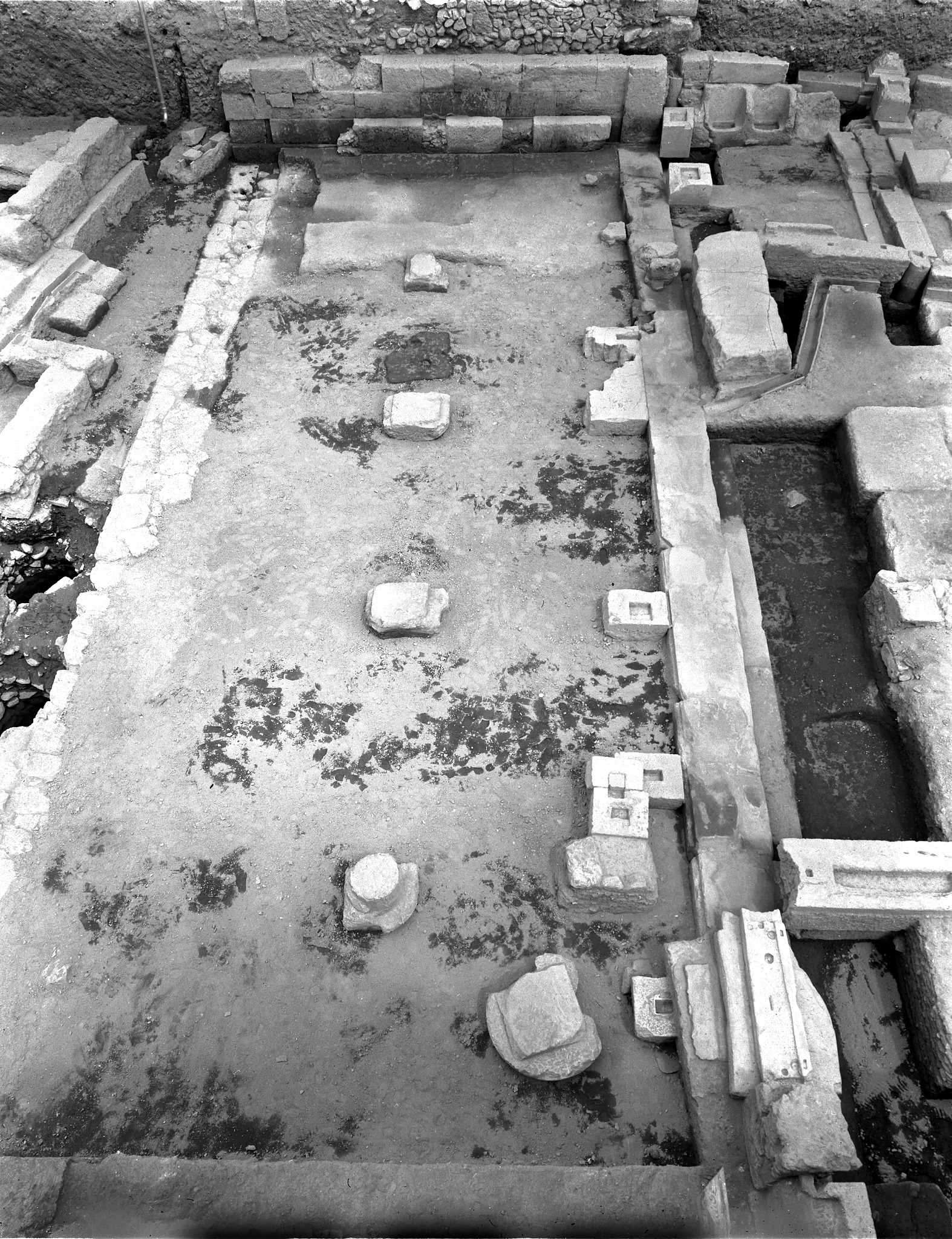 Unlike many public buildings, the Royal Stoa "had simple floors of packed clay".

The map below shows the location of the Royal Stoa in relation to other buildings at the end of the 5th century BC (top centre-left, between the Stoa of Zeus and the Poikile Stoa. 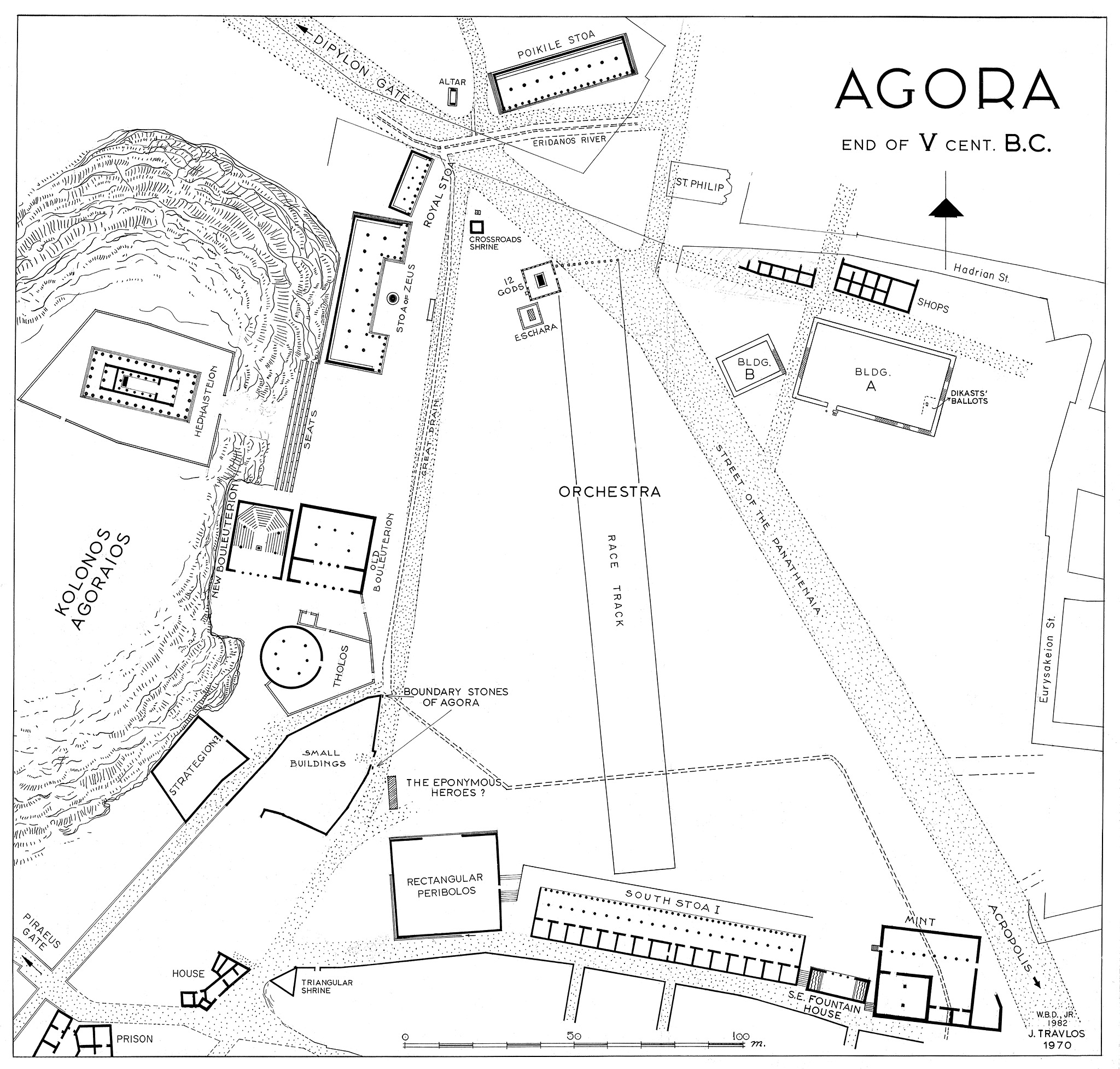 The 3D image below shows an earlier time, before the wings were added, but gives an idea of what Socrates and Euthyphro might have seen (minus all the people who would have been going about their business). The Royal or Basileios Stoa is centre far-right (1). 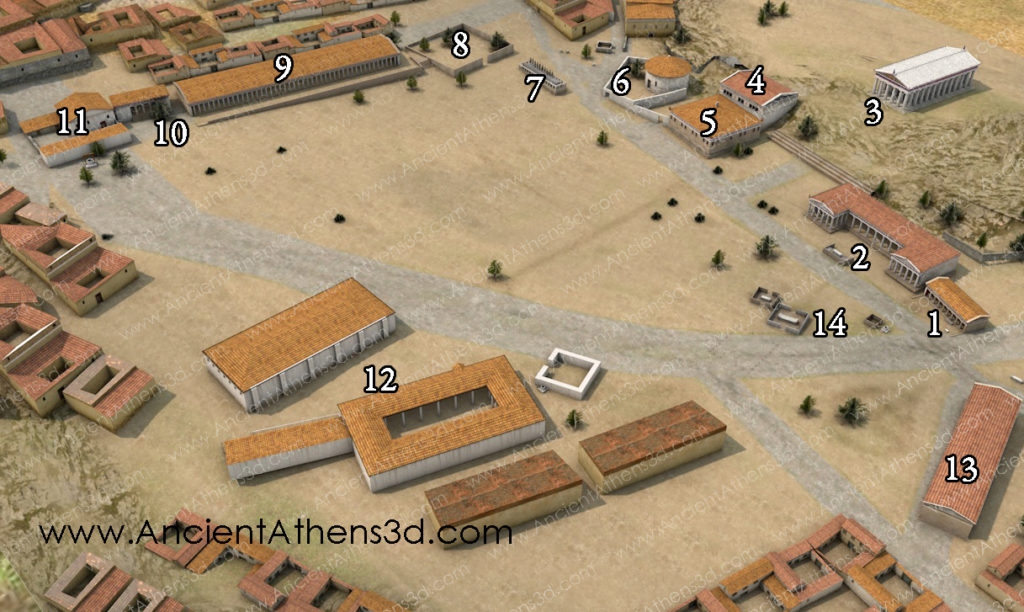 The 1986 article in The Classical Journal, Vol. 81, No. 2, The Portico of the Archon Basileus: On the Significance of the Setting of Plato's "Euthyphro" should also be of interest.

Not the answer you're looking for? Browse other questions tagged ancient-history ancient-greece architecture philosophy athens or ask your own question.

8
What evidence support the theory that the killing of unwanted children was practiced in ancient Athens?
16
What (primary) sources are there on the life of female slaves in Classical Greece, more specifically Athens?
1
What are canonical sources about fifth century BCE Athens?
17
Why did Athenian philosophers praise Spartan culture and laws, which would preclude philosophers like themselves?
8
Was Pericles the only famous loss from the plague in Athens?
0
What did typical mid-18th century housing look like in English villages?
3
What did the Musa Dagh monument look like?
5
How did people in Athens 500 BCE refer to Homer's era?
5
What did Japanese architecture look like with heavy materials such as stone, mortar and clay?