Can anyone tell me if this is legit WW2 Nazi ring?

My little ten year old brother found a rusted can that had this 925 prooved silver ring in it, with a small note/letter that only said some numbers, which he said looked like born/died dates. He only brought the ring home, so we actually did not see the note.

The can was found in a place that just had an old building torn down. The place was an old and abandoned building right next to a railway station and the tracks in a small city called Tukums. Our home is not far from the railway station, so kids used to hang around there.

It definitely looks like a ring from WW2, when Nazis occupied Latvia for some years.
The German Nazi occupation of Latvia happened from 1941–1945. Plus, during the occupation, the Germans looked to recruit Latvian units for their armies.

Does anyone know if this ring is actually from that period? 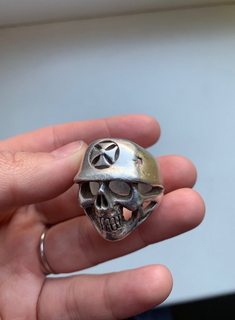 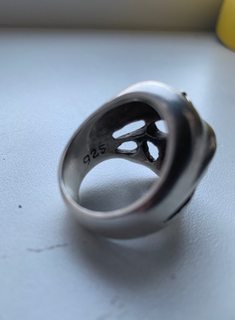 Your ring looks just like the ring a google search shows as Biker Sterling Silver Jewelry for Men. 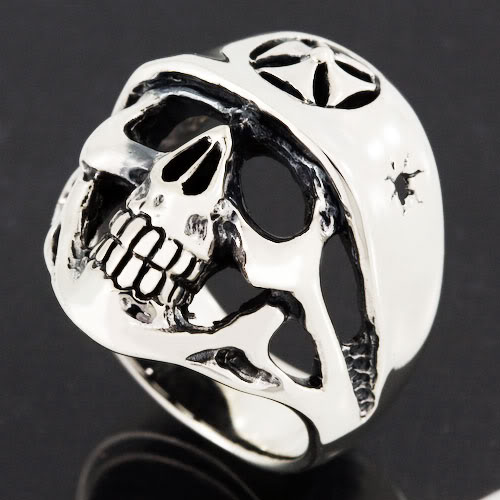 Note the symbol displayed on the ring is not strictly a Nazi symbol, but the Iron Cross or perhaps a Cross Pattee, which predate the Nazi regime. An article discussing the Iron Cross's association with biker culture can be read here.

Below you can compare to the actual Death's Head Ring worn by the SS. 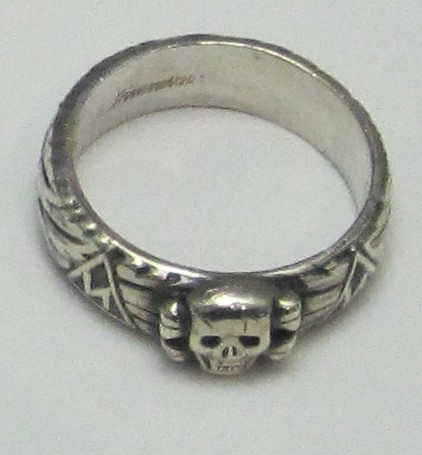