Did the Picture Post publish the 1857 photo "Two Sepoys of the 31st Native Infantry Who Were Hanged at Lucknow" in 1939?

On the front line of empire, colonials had been developing an increasingly aestheticised response to violence since at least the 1850s, when the Italian-British commercial photographer Felice Beato had set up his tripod and camera by a gallows and captured the hanging bodies of suspected Indian insurgents during the Indian “Mutiny” of 1857-58–thus creating what was probably the first ever photograph documenting casualties of war. (src)

The fruitless confusion over the publication history, use and circumstances of two pictures in Is the photograph "England’s Revenge in India" real, staged, or fake? left a loose end.

The book Raubstaat England had on its page 76 a place reserved for a cigarette card it captioned "England's Revenge on India":

for which it gave its source as "Picture Post, June 3, 1939". Note the non-German date-format embedded within the picture.

The real source and more common name/title/caption is:

As there was a simple mixup that prompted the whole linked question, a search through the archive of Picture Post looked for the wrong picture and concludes in one answer that the (wrong!) picture is not in the archive.

The question now is: did the Picture Post publish this image, and on the date given in the propaganda book? 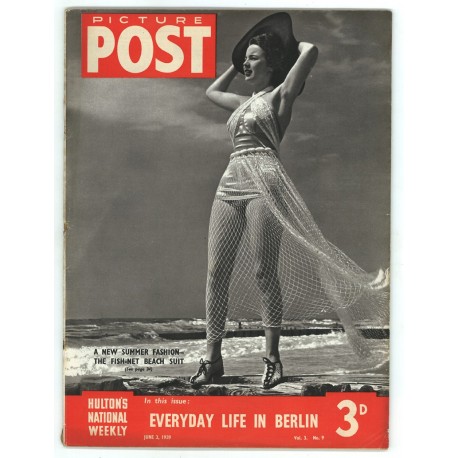 (Note that the Getty archive has this picture catalogued twice:
once titled as [Execution of Rebels, Lucknow] and once as [Retribution, Hanging Mutineers]. "Retribution" being quite closely related to the word "revenge" chosen in Raubstaat.)

The print magazine is archived online, but behind an unfriendly paywall. Some pictures from that publication are also available from Getty Images. There are of course a couple of alternative venues to get at that. Physical archives at a few libraries, private collections or perhaps some other online excerpts.

The title story for the respective issue is for example reproduced as a spread of the first two pages in Hila Cooper: "Reading Magazines: Stefan Lorant and Picture Post, 1939–1941: A Study Of The Picture Editor's Work from the Archive of Modern Conflict's Collection", Theses and dissertations, Paper 1304, 1-1-2012, p54. (PDF)

I was able to acquire access to the Picture Post archive which you link to. The June 3, 1939 issue has a special feature: "Colour Photogravure: History of 100 Years in Photographs. 7. The Indian Mutiny", pp.35-42.

The photo shown in your question appears on p.39. The caption reads:

The End of Two of the Mutineers

After the mutiny was put down, many of the mutineers, including leaders like Tantia Topi, found their way to the gallows. Reprisals were severe; but the outrages committed by the rebels wherever they managed to seize control, such as the massacre at Cawnpore, made reprisals inevitable. The Nana Sahib who ordered the massacre of Cawnpore was never found, is believed to have died while fleeing from British troops. 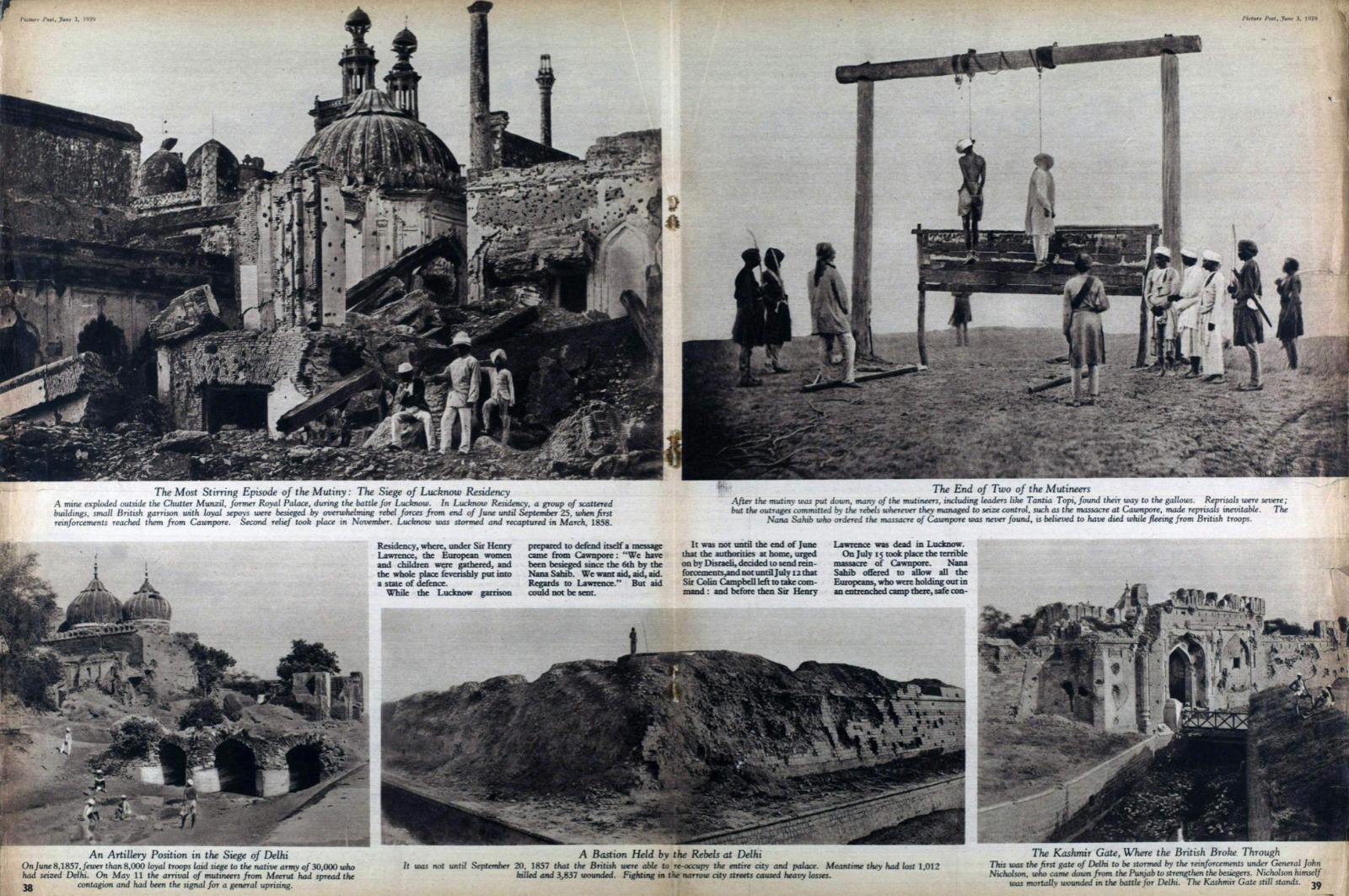 Not the answer you're looking for? Browse other questions tagged sources printing or ask your own question.

48
Is the photograph "England’s Revenge in India" real, staged, or fake?