Why does Sugar Island belong to USA? 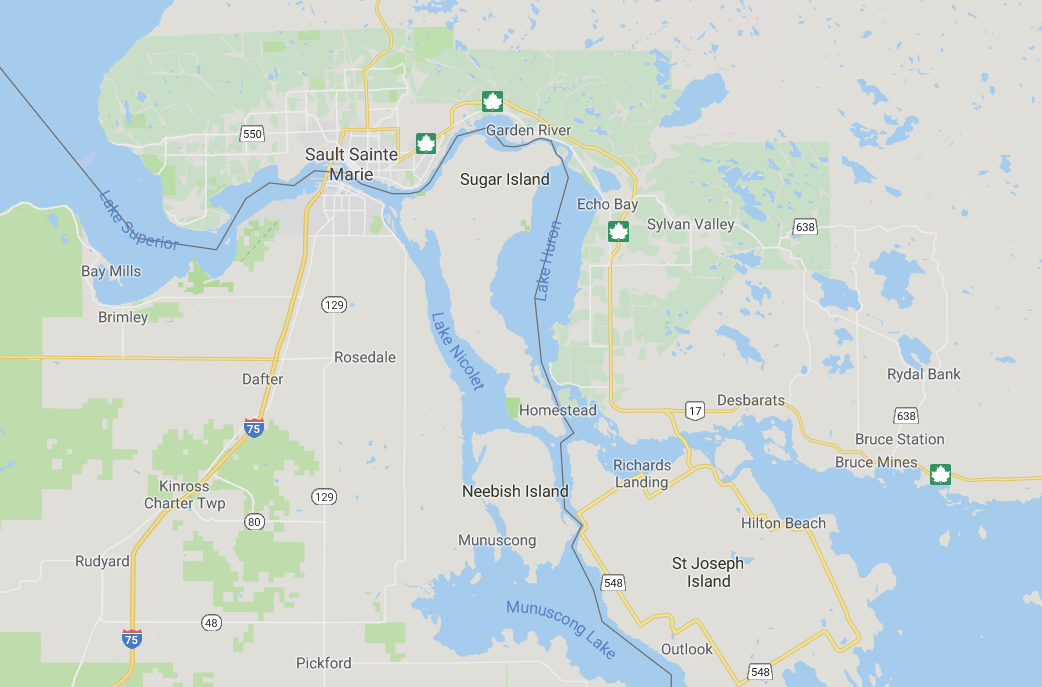 This treaty is the certainly the proximate cause for why Sugar Island is part of the US. However I am more interested in the ultimate cause. In other words, the Wikipedia article lacks any indication of why this island was awarded to the US.

In short, the British agreed to the US having Sugar Island in exchange for the right of British subjects to have access to certain American waters. They felt that land, which was abundant at the time, was less important than better access to St. Clair River (Michigan).

the rebellions of 1837 in Upper and Lower Canada (which spilled over into the United States as crown forces crushed the militant reformers in the provincial legislatures and created refugees) and conflicts between Maine and new Brunswick lumbermen in the Aroostook River valley borderland had sparked diplomatic wildfires which threatened to ignite another Anglo-Canadian American war.

After consulting (among others) Anthony Barclay, a former UK commissioner who had been heavily involved trying to settle the dispute in the 1820s, Ashburton decided to give up Sugar Island as it was sparsely populated and, although fertile, land was not in short supply at that time. Better access to the St. Clair River was more important. The deal he proposed to Webster involved another disputed area:

13
Does the Kimmirut find indicate pre-Viking Europeans traveling to Baffin Island?
30
Why are the USA and Canada's states border so straight?
6
Line houses and laws?
5
During WW2, why did the USA occupy Clipperton Island?
1
What does MLK mean by "lonely island" and "vast ocean"?
3
Why was it deemed necessary that the “average person… knows they are on the border”, which resulted in the creation of the US-Canadian border slash?
4
Why does the USA only have two political parties?
4
When and why was the 55th parallel established as an administrative boundary in Quebec?