Did officers use cases / bags / pouches in the 18th century?

Military officers in the 18th century usually did not have any cases or boxes. Normal soldiers for example often had cartridge boxes.

I usually hear, that officers had servants/etc to take care of carrying stuff around. This generally makes a lot of sense in the context. For example, officers usually were noble. And the nobility was used to letting servants take care of things.

But I still wonder, if officers never had the need or desire to take some things with them personally and not give them to a servant. For example on a journey (maybe alone), in the field, or on a construction place. Those things could range from a bulk of highly important papers/maps to maybe personal stuff, that they would not want to give out of their hands. I mean carry directly with themselves. Very small amounts could be put in the pockets of the coat, of course. But what about a bulk of maps, or some very costly small instruments?

IF this desire/need existed, the obvious question is: Where did they put it? There were surely some good options to choose from.

If the answer to (1) is "definitely no", please try to include some convincing points. For example, that there were always superior options to choose from.

For (2) a small selection of typical options with a small reference would be great. Nobody expects a complete list. If you have some personal favorite, include it, of course.

Background: I have seen some very few (modern) drawings of 18th century officer uniforms with cartridge boxes. But the text for those drawings did not indicate any details.

The question has been edited since this answer was first posted. Originally, the title question asked specifically about map cases. There will be further updates.

One such bag was the Sabretache,

a flat, leather pouch or satchel with long straps traditionally worn by some cavalry and horse artillery officers from the left-hand side of the waist belt near to the officerŌĆÖs sabre...

Sabretaches ultimately derive from Hungarian haversacks or bags (called tarsoly), which over time became more elaborate. Such bags were used for keeping fire-making tools and other, small essential items. In the eighteenth century, Hungarian Hussar uniforms and accessories (including sabretaches) became the ŌĆśstandardŌĆÖ form worn by certain regiments of cavalry officers, including those of the British, French, Polish and Russian armies. 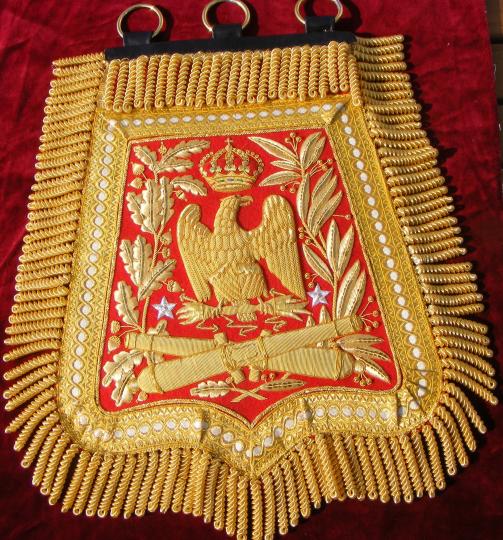 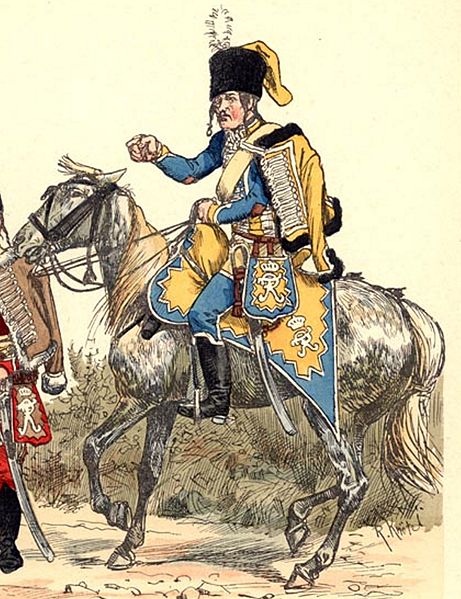 Officers might also have had simple knapsacks such as the one used by Captain Uhl, a militia officer during the American Revolution. 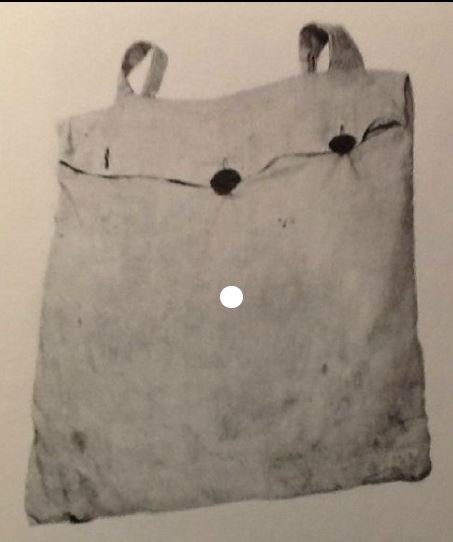 The earliest map case I've been able to find is this French one from the mid 18th century on the Military and Historical Image Bank. 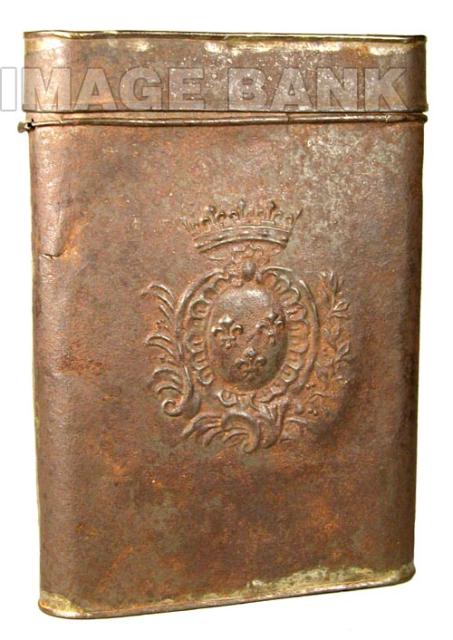 Unfortunately, there is no further information on this item.

Map cases were also used by Pony Express riders; a replica of a brass map case can seen here. It would seem that in both examples the map would be folded before being put in the case.

Maps were at least sometimes folded as the painting below by ├ēdouard Detaille (1848 to 1912) showing Napoleon at the Siege of Toulon (1793) illustrates. Although Detaille was not at Toulon, he was

noted for his precision and realistic detail. He was regarded as the "semi-official artist of the French army" 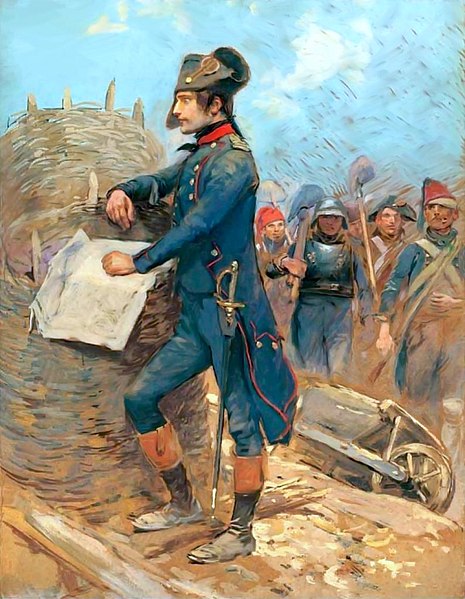 This is all somewhat tenuous of course, and there is no evidence of a map case in the painting; Napoleon may well have kept maps in his pocket.

This would not, of course, be carried around by the officer on his person but it could be within easy reach. In addition to clothes, linen etc., officers could keep papers, maps, instruments in a portmanteau on a horse. The article Portmanteau states that

By the end of the eighteenth century a portmanteau is recommended as standard equipment for an army officer.

The officer would have three horses:

An officer would only have one servant and all his necessities would have to be carried on 3 horses. 2 portmanteaus were recommended. One carried by the servant's horse should contain all the necessary clothes and associated paraphernalia, the other, transported by the pack horse, could contain less essential items such as books, maps, papers etc.

The cavalry horse and his pack, embracing the practical details of cavalry service goes into considerable detail on what an officer might have within easy reach, if not actually on his person.