Can anybody identify this uniform?

This is an old family photo. Can anybody identify the uniforms in this picture?

My family was from Russia/Ukraine/Belarus.

Any other info would be cool -- about the medals? 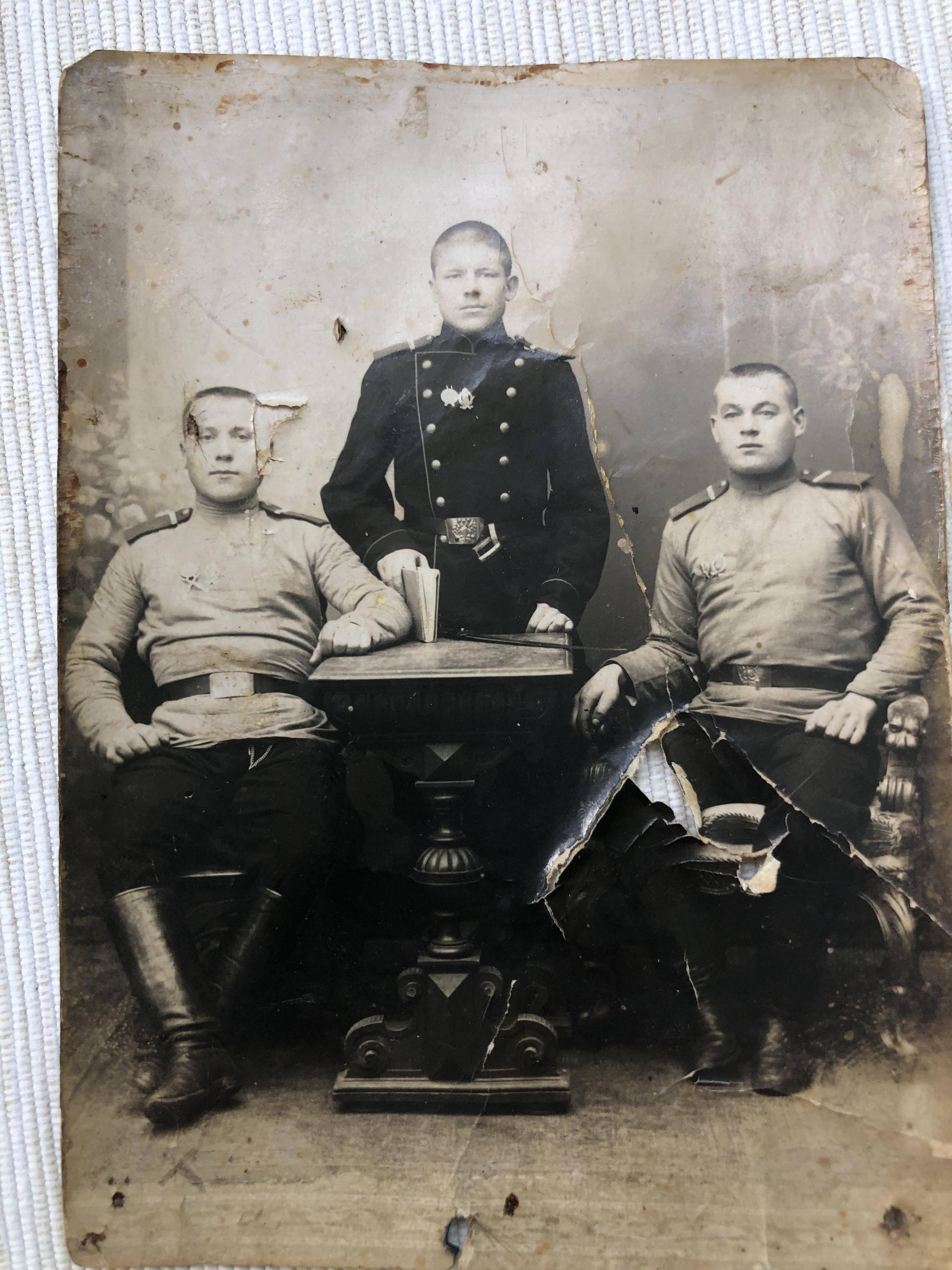 Most likely they are Imperial Russian army uniforms. The giveaway is the double-headed eagle on the the buckle of the standing soldier. Wikipedia:Coat_of_arms_of_Russia

The white tunics are characteristic of soldiers who fought for Russia during the 1905 war with Japan. In 1907 uniforms were changed to a khaki type so the photograph is likely dated before that year. RBTH.com

The standing soldier has a double breasted tunic with a single stripe on his shoulder. The single stripe indicates an enlisted soldier of the second rank. Wikipedia:Imperial_Russian_Army

@justCal has identified one of the medals as an 'excellence in shooting' medal. emedals.com

The 2 soldiers sitting are wearing the khaki Gymnastiorka which was officially issued from 1908 (before this date they were white but soldiers disregarding regulations changed the colour to Khaki due to environment such as during the Russo Japanese war) and the man standing is wearing the 1907 double breasted tunic thus dating after 1907. 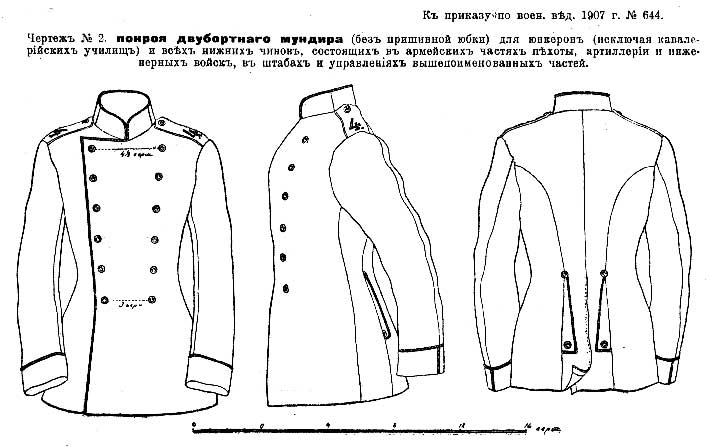 Not the answer you're looking for? Browse other questions tagged identification uniform photograph or ask your own question.