Can you identify this British Army uniform, worn in India circa 1920?

This is my grandfather, John P Lockton, and he was based at Raniket in North India. My grandmother died in 1925 while giving birth to my twin uncles; both survived! My mother was only 5 years old at the time and she and her siblings were placed in a Catholic boarding school.

I am planning to try and find my grandmother's gravestone, which I have a photo of, but first I need to identify my grandfather's regiment to try and find the military grave where she may be buried.

Can you help me identify my grandfather's uniform pictured below? 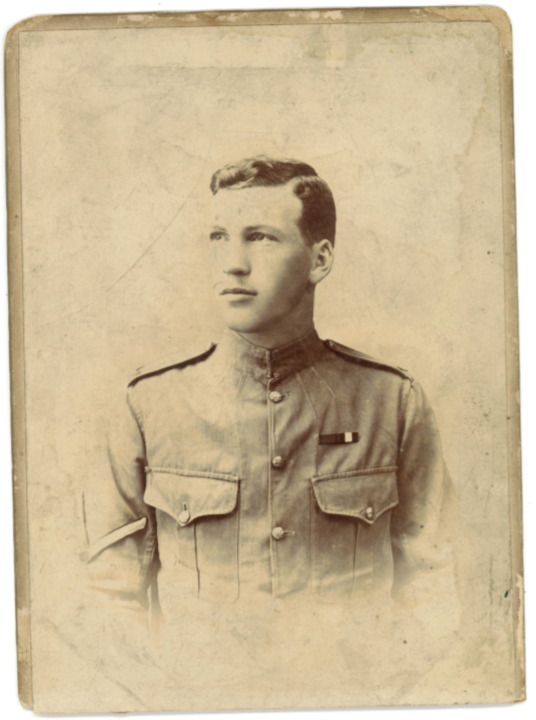 The problem with uniform identification is often resolution.

If these collar insignia were clearly distinguishable, identification could be simplified. This emblem however, is not clear enough to make any definitive unit designation (at least for me). 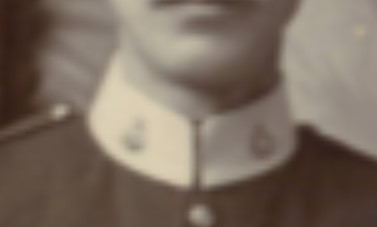 One thing we can see adequately is the rank marking on the shoulder. 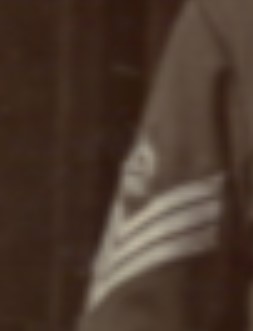 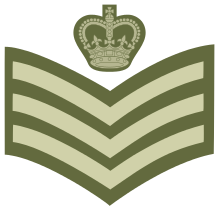 The image on the right from Wikipedia shows this individuals rank was the equivalent of Staff Sergeant, depending on his unit again:

Trying to track down units that were stationed in Ranikhet around 1920 provided some conflicting results, with several units in and out of the region in the WW1 and Interwar timeframe.

This still doesn't give us a unit yet, but if we add in a little genealogical research, we might get lucky. Trying to find records of your ancestor directly, I clicked on an ad for a site called Forces War Records, which offered access to British military records. Surprisingly, searching was enabled before the site started asking for personal information. Searching for John P Lockton originally brought up many pages of matches, but limiting the search to the Interwar time period, brought only six results, with one being a Staff Sergeant:

A little research into the Supply and Transport Corps, lead to this information in Wikipedia:

The origin of the corps go back to 1760 when a Commissariat used to exist in the administrative component of the armies three Presidencies of Bengal, Madras and Bombay. In 1878 the separate Commissariats were amalgamated into a single entity and then in 1901 it was renamed the Supply and Transport Corps. During the First World War the corps became a permanent component of the British Indian Army and was renamed the Indian Army Service Corps in 1923. In 1935 the corps was granted the 'Royal' prefix and became known as Royal Indian Army Service Corps (RIASC).

So, this looks to be a possible match to your ancestor.

When trying to connect the evidence we have, I looked for a unit badge for the Supply and Transport Corps,and found several images, one from a Pinterest page, looks like this: 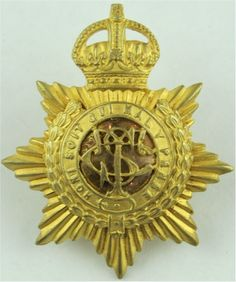 I can't tell, perhaps a match to the fuzzy image above, perhaps not. As I said, photo resolution is often the main problem for identification questions here...

I hope some of this may help, and if you wish to enter your info into the records site, you may be able to learn more.

I agree with justCal. The British-Indian Army Supply and Transport Corps employed British SNCOs on attachment. Your second photo shows a blue patrol jacket with the white collar ‘facing’ (as it was called) of the IASC. The roll of these British SNCOs was kept on the Unattached List (Indian Army) and from this list the best men were selected to be Conductors and commissioned supply officers. 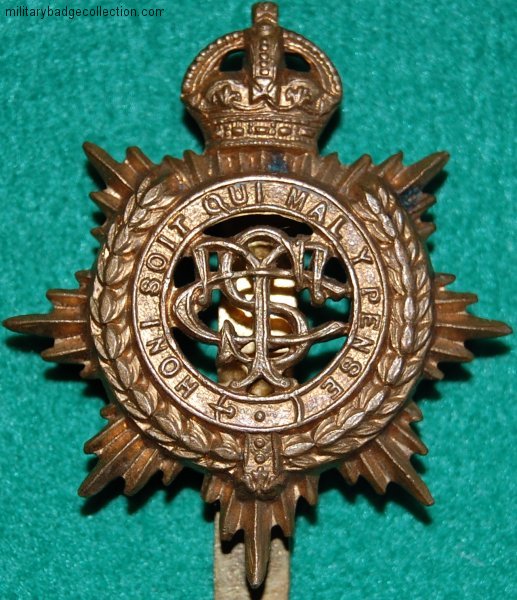 Not the answer you're looking for? Browse other questions tagged india identification british-empire uniform 1920s or ask your own question.