How long would it take to cross the Channel in 1890's?

For a story I'm writing, I'd like to know how long it would take to travel by ship from Calais to Dover in 1890's (as I read it was the easier way). Also, was it possible to take a boat from Calais directly to London?

Google Books has a copy of Bradshaw's Guide from 1887. To get to Paris, they recommended one of four options:

The numbers in the three rightmost columns are, respectively: approximate first-class fare (in pounds, shillings, and pence); approximate second-class fare; and time (in days and hours.) The absolute quickest door-to-door route was via Folkestone & Boulogne, but the sea crossing from Dover to Calais was cheaper. Here are the pertinent sections of the advertisements from the same edition of Bradshaw's Guide; note when reading these times that French standard time was 10 minutes ahead of English standard time in those days. 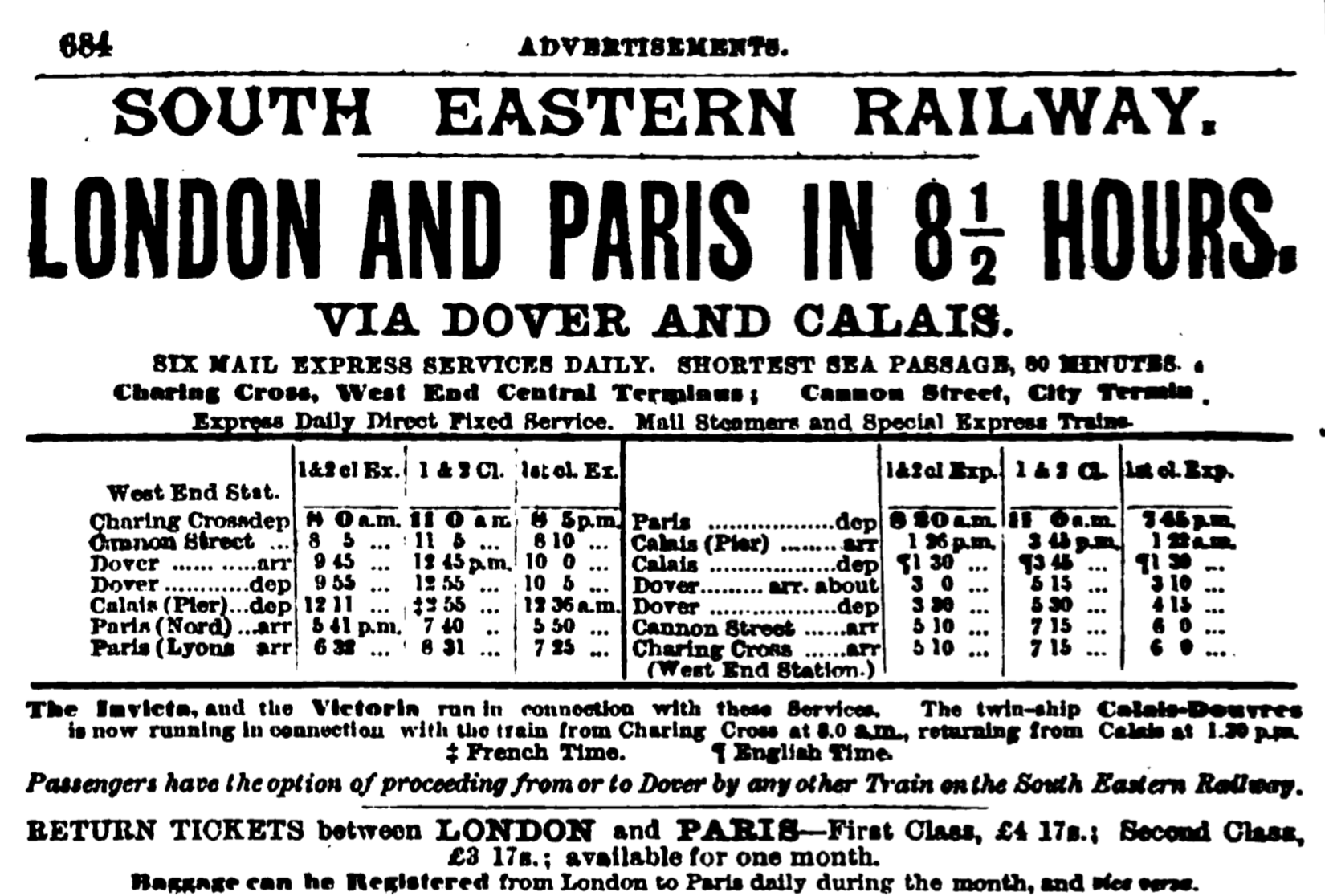 One crossing daily. A bit quicker to get to Paris, but the crossing was a bit longer; it appears to have been approximately two hours.

The guide also contains a listing of steamers providing passenger service. From London itself (see p. 318–320 of the guide), most of the routes are relatively far afield. There does, however, appear to have been steamer service between Boulogne and London (p. 691):

The description on p. 318 of the guide says that this voyage takes "9 to 12 hours", so this was slower than taking the train to Dover or Folkestone. (But also much cheaper — only 11 shillings for first-class or 8 shillings for second.) There is also a mention of a steamer, the "Sir Robert Peel", sailing from Fenning's Wharf, London to Dunkirk "every few days"; the voyage's duration is not given.

Not the answer you're looking for? Browse other questions tagged united-kingdom travel victorian or ask your own question.