Was Frisbee criticized in the Soviet Union?

In the U.S. of the 1950s, the Space Age and molded plastic flying discs (Frisbees) were both novel. New materials and a supposed resemblance to UFOs made this linkage irresistible for early disc marketers, who named products "Flyin-Saucer" and "Pluto Platter". Colors and designs were exuberant. Early cross-branded discs promoted Buck Rogers, Li'l Abner, and Disneyland. The same firm, Wham-O, also produced the Hula Hoop and Super Ball. 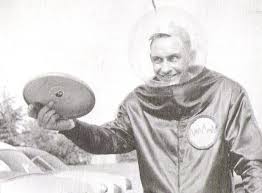 Outside of games and sports, the Space Age was inextricably linked with the the philosophical and military contention of the Cold War. Frisbee products were quintessentially American, potentially affecting their desirability or reception in the Soviet Union. Almost certainly some small number were imported. Russian Wikipedia says without citation that "in the Soviet Union, the [Hula] hoop appeared in the early sixties, although at first it was not welcomed here, being called a symbol of the emptiness of American culture."

In the late 1970s, molded plastic was no longer new technology and flying discs had been available in the U.S. for thirty years. Domestic disc production began in the Ukrainian S.S.R. at the Ivano-Frankivsk Valve Plant. Discs with "Летающей тарелки" (flying saucer) printed around the edge, at least one model promoting the 1980 Moscow Olympics, became available. Towards the end of the decade the "Frisbee Diplomat" Ron Kaufman used discs in citizen diplomacy. 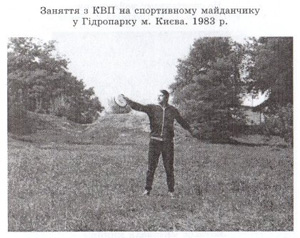 As the U.S.S.R. didn't generally import consumer goods from the U.S., going thirty years without local production hints that official and critical interpretations of Frisbees may have changed during this period. Were they initially stigmatized in the Soviet Union, as the Hula Hoop was reported to be?