Was touching your nose a greeting in second millenium Mesopotamia?

I ran across a curious sentence today, in a Mesopotamian prayer to a personal god (the grammar looked better in verse format):

"Daily worship your god with offerings, prayers and appropriate incense. Bend your heart to your god; That befits the office of a personal god, prayers supplication, pressing (the hand to) the nose (as greeting) shall you offer up every morning, then your power will be great, and you will, through your god have enormous success.”

The above translation, taken from Treasures in the Darkness (and according to Google also given in Daily Life in Ancient Mesopotamia) makes casual reference to greeting by pressing the hand to the nose. Was this a custom in ancient Babylonia? And if so, do we know if it was common practice, or only recorded in formal or religious contexts?

It seems like this was the 'polite' gesture of greeting in ancient Sumeria, and is actually the meaning of a Sumerian phrase for greeting:

She faces in the direction of the cultic activity, her right arm bent at the elbow, hand raised before the face, in a well-known gesture of pious greeting, comparable to those depicted in presentation scenes, from Ur III seals to the Code of Hammurabi, and finding its literary referent in the Sumerian verb “to greet”—kiri šu-gal—literally, “to let the hand be at the nose.”

The above from On Art in the Ancient Near East Volume II: From the Third Millennium BCE By Irene Winter (emphasis mine)

I'm not sure, but this image may represent the above described gesture: 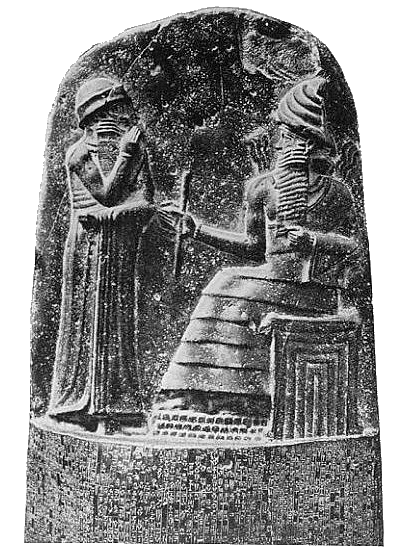 From Code of Hammurabi

Another cylinder seal, this one linked to Ur-Nammu, (probably a little earlier then your preferred time), seems to show the same gesture: 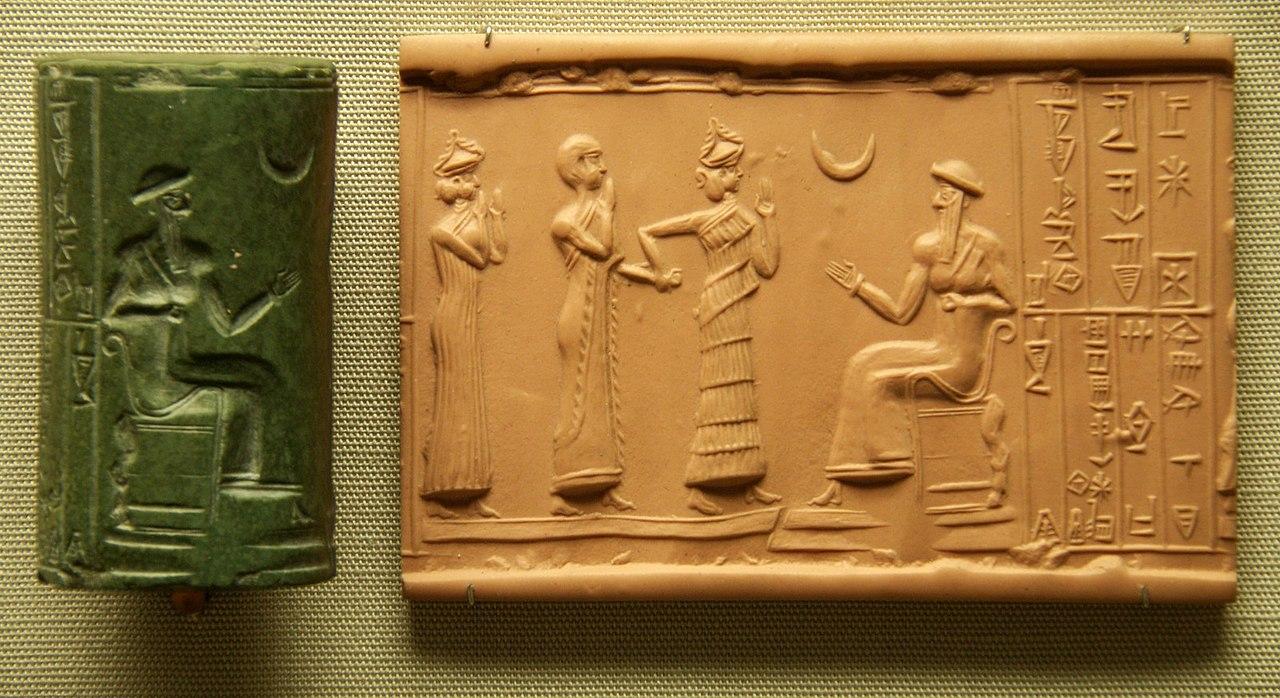 Concerning comments questioning the exact position of the hand (and the number of hands used), another reference, Babylonian Poems of Pious Sufferers: Ludlul Bel Nemeqi and the Babylonian Theodicy by Takayoshi Oshima, suggests there is still some ambiguity concerning this:

Kiri Suga, literally 'to place the hand(s) (on) the nose', it is evident that the gesture involves both nose and hand, yet their exact positions have not yet been established.

Not the answer you're looking for? Browse other questions tagged cultural-history social-history bronze-age mesopotamia ancient-babylon or ask your own question.

17
How often did city-destroying floods happen in Mesopotamia?
13
When did nose-picking became socially condemned?
4
What is the historical name(s) for area between Syria and Mesopotamia?
1
Did Mesopotamia have coins to represent Gerahs & Minas?
7
Mesopotamia laws 196, 197 and 198
4
Primary annalistic sources for ancient Mesopotamia and Egypt
1
When was Sura in the Roman Empire?
3
What were the types of currency used in ancient Mesopotamia?
45
Why was “leaping into the river” a valid trial outcome to prove one's innocence?