Can anyone help identify this French military uniform? 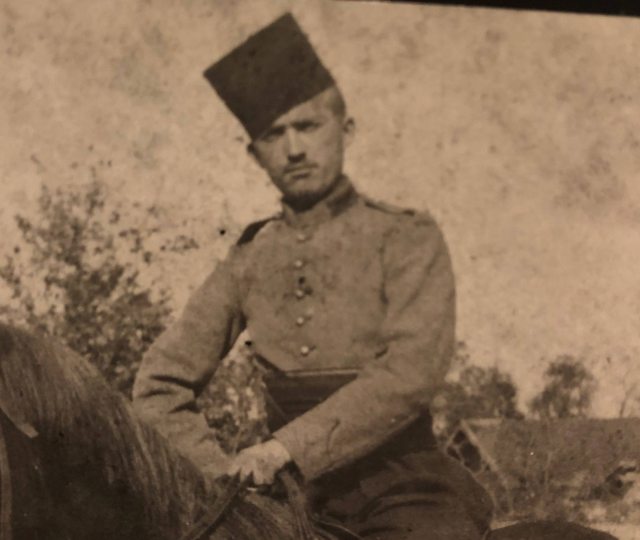 Can anyone help identify this French Military Uniform?

The picture belongs to a woman – my father's 2nd cousin found through DNA matching – and she says it's her grandfather, who was a Frenchman. She was never told the man's name, and we are trying to find his identity – and believe it is one of my ancestors.

I had a great grandfather who was a Sergeant in the 1st Regiment of Zouaves in 1854, but this picture appears to be dated much later, so I don't think it was him. I don't have the date for the picture, but guessing somewhere around 1890–1900.

I posted another picture of him as an older man – also wearing a uniform – with a number 108 on the collar.

Any leads would be much appreciated.

Your picture shows a man on a horse, wearing something closely resembling a fez and the waistcoat, the wide sash and the voluminous trousers may also fit.

The uniform varied greatly, but there are several old pictures closely resembling that uniform. There is a French site spahis.fr dedicated to Spahis with many photos and articles. Especially interesting is the 2012 post Frères d’Armes with several photos, including the fezs. A 2011 post with a picture showing a Maréchal des logis Fourrier 1905 to 1911, note the waistcoat. Another site with several pictures of Spahis around 1900, in which you can see fezs, sashes and wais coats in different combination.

Wikipedia has some photos, showing parts of the uniform (later Spahi uniforms), e. g. from WW1, around 1960 (showing the sash).

2
What uniform is my ancestor wearing?