Can anyone identify my great grandfather's military uniform? 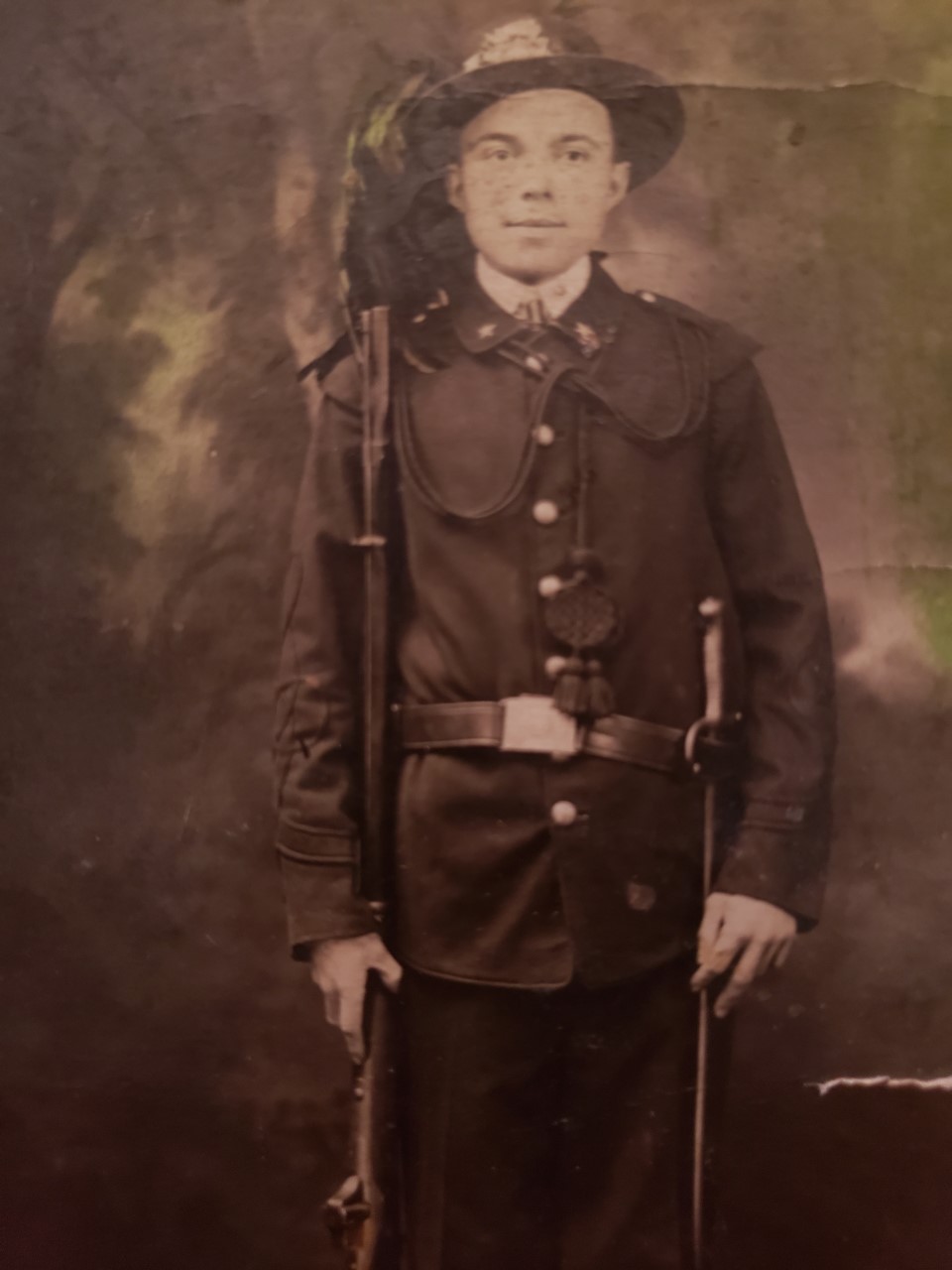 Seems as if the Copricapo (Italian: 'hat') head gear gives it away:

But note that Italian Wikipedia firmly contradicts the species used for the feathers, as real capercaillie seem to have been too rare even when the regiments were founded. Instead the feathers seem to black Capon. The hat itself is also called vaira in honour of Giuseppe Vayra. ("È in suo onore che il cappello piumato dei bersaglieri viene in gergo chiamato Vaira." 'Full specification': Vaira Cappello Piumato Bersaglieri con Fregio Coccarda) 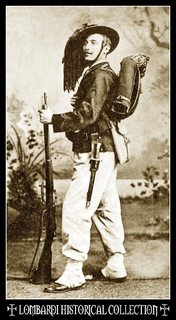 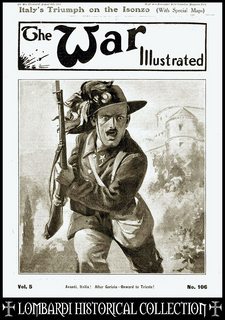 Making that a Bersaglieri uniform: 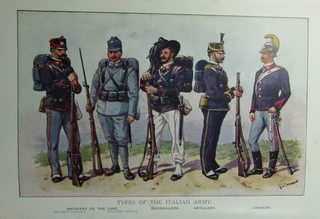 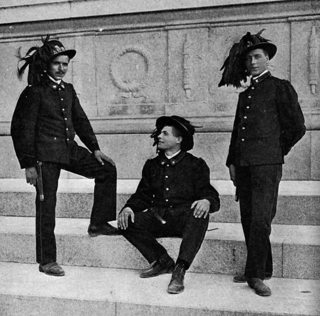 From an Italian description:

Born from an intuition of Captain La Marmora, the Bersaglieri were brought to life by the Grenadiers in 1836.

Their insignia, particularly rich and flashy, consists of two crossed rifles, surmounted by a cornet, symbol of the light infantry, associated with a bomb with an elusive flame on the right.

On the feathered hat (cappello piumato), symbol of the specialists, the bersaglieri still wear the frieze made in 1836, superimposed on the tricolour cockade.

The insignia, made of opaque silver-plated metal resting on a shiny circle or in metal or gold embroidery, are worn on the beret, on the hard hat and, as mentioned, on the hat called "Vaira".
– Italian Defense Ministry: Arma di Fanteria e Specialità - Bersaglieri