Did medieval Mongol horse archers have deformed arms like English bowmen? And were there other archer inside or outside of Europe in ancient times who suffered the same deformity like English archers? 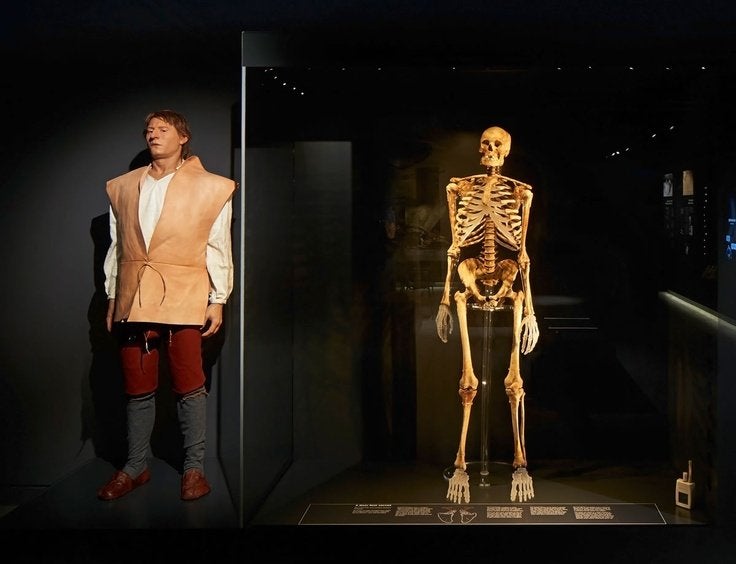 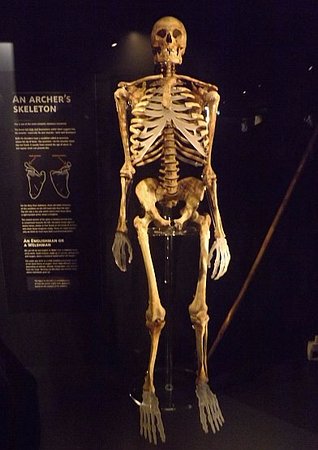 I also can't find a credible site, but it's pretty much common knowledge about English bowmen that they had this type of arm deformity, also from Gary Chynne's video Medieval archers body transformation. Primitive English longbow; I can't say it's credible.

Deformed arms? No - the skeletal changes are in the back and shoulders, not the arms, and I'm not comfortable with the term "deformed". That said, were there similar changes to the skeletons of longbow archers and horse archers? Probably. The following quote applies to Hungarian horse archers, using similar bows and suggests that skeletal changes would have happened to Mongol archers.

Evidence of increased muscle use in the "archer" skeletons was found on the collarbones, upper arm bones, and lower arm bones, such as at the bony attachment sites for the pecs, delts, and lats, suggesting greater use of the muscles involved in archery. This pattern of skeletal changes is even found in children from the cemetery, leading the authors to conclude that "some kind of [archery] training began during childhood." forbes.com

I can't find direct citations of skeletal changes in Mongol horse archers, but I think it is reasonable to assume these changes based on 1) the presence of similar deformations in other cultures and 2) similar draw weights in the bows.

Two potential weaknesses in my theory. First, the horsebow is much more efficient than the longbow, and it might be that the efficiency and technological sophistication of the composite recurve bow might impose less strain on the skeleton and result in less deformation. Second, I'm not entirely clear how severely the longbow deformed the skeleton of the English archers.

The skeletal changes are probably driven primarily by the draw weight of the bow. I had expected the longbow to have a higher draw weight, but that conclusion is not supported by evidence. The sources below offer varying estimates for the draw weight of the English longbow, and I don't have a lot of estimates for the Mongol bow, but the consensus seems to be that both bows had a draw weight of about 100 lbs. I really shouldn't have been surprised - I've got a Mongol bow with a 50+ pound draw weight here in my living room and I'm just a plonker/beginner. (the bow was a gift and I haven't actually measured the draw weight. My teacher had a heavier bow, but I knew I wasn't going to be able to draw it for years). I find it quite credible that a Mongol who relied on the bow for survival would draw a heavier weight than I do.

According to Professor B. Kooi's estimations, the Mary Rose longbows varied in draw weight from 100 to 180 pounds. The biggest group of draw weights being in the 150 to 160 pound range. toxophilius (this cites a very high draw weight, but is probably the least credible of the sources.

Also, very significantly, they were huge,

These bows are long, longer in fact than I had expected, most are over 6'6" and many approaching what appears to be 7 foot - I am 6 foot tall and although many bows are much taller than I am, there are others that are just 6 foot in length. Archers review

Horse bows are, by necessity, much shorter - shooting from horseback limits the length of the bow to roughly the archer's torso.

I have no documentation, but I believe that both English and Mongolian archers will devote a similar amount of time to training.

#Technology and efficiency of bows

The English longbow is a self bow - a simple length of wood that is bent by the string. The Mongol horse bow is both composite and recurve which makes it much more efficient.

The English Longbow requires more of the energy it has stored to overcome the inertia of it’s own limbs. ArcheryHistorian

How severe were the skeletal changes?

Many of the men were found to have had a condition called 'os acromiale' where the shoulder blade has not fully fused together. This is thought to result from the persistent use, since childhood, of longbows in training and battle. open.edu

'It was a requirement by law for every male to practice archery regularly from an early age, and many of the skeletons recovered show evidence of repetitive stress injuries of the shoulder and lower spine,' explained Alexzandra Hildred, curator of ordnance at the Mary Rose Trust. Daily Mail

The draw weight of an English longbow averages around 70-80 pounds, whereas the Old Mongol bow had a pull that, according to George Vernadsky, averaged at around 166 pounds. Chambers states that the pull varied from 100 to 160 pounds. This seeming discrepancy certainly reflects the fact that draw weight varied with the strength of the user, and with what use the bow had been made for. As could be expected, there was a considerable difference in shooting range. Whereas the English longbow could shoot at distances up to 250 yards or around 228 meters, the Mongol counterpart can hit its target at 350 yards or 320 meters and, if the archer is well trained for the task, even beyond that. Coldsiberia.org

needs more research - note that the average longbow is 60lbs, but I believe that Joe Gibbs reports the Mary Rose longbow to be 200lbs, implying that professional warriors could pull that level. Mr. Gibbs (who is not a professional warrior) can pull 210 lbs. But I agree that I'd like to see more credible sources. Problem is that I am not sure we have a lot of credible sources for Mongol archers. It is only by lucky chance that we know the draw weight of the bows on the Mary Rose.

The remaining question that I'm not qualified to answer is how severe the skeletal changes were. I've cited a couple of different sources to substantiate the skeletal changes, but I don't have the anatomical skill to compare the severity of the changes in each source. Most sports practiced at this level will change the body. The popular press reports that the archers on the Mary Rose were "deformed", but that isn't a precise term.

This answer kind of got away from me; I hope the variety of sources will be helpful to others for research. I do a bit of horse archery myself, and I was pleasantly surprised that my initial guess as to the answer was incorrect.

Not the answer you're looking for? Browse other questions tagged middle-ages mongol-empire mongols or ask your own question.

17
How did Mongol nomads acquire metal weapons?
16
Why were the Mongolian armies able to to use greater percentages of archers than (Medieval) Europeans?
5
How thick was Late Medieval horse armor?
7
When did Sultan Saif ad-Din Qutuz escape from Mongol swords?
2
Why did Timur attempt to restore the Mongol Empire?
19
Who was the English Knight Templar holding command in the Mongol Army?
2
Turko-Mongol horse tactics and Western European response
3
Did Kublai Khan's army consist largely of Mongol warriors or native Chinese?