How was the border between Vichy and German Occupied France decided?

The border between Vichy France and German-Occupied France strike me as exceptionally strange. The stated intent for Germany separating the two was to give Germany exclusive control of all areas bordering both the Channel and the Bay of Biscay to formulate a defense against the other Allies, but the actual border still strikes me as oddly jagged and haphazard, does anyone have any sources that outline Germany's intention for creating the border like that?

The Germans knew the minimax principle, looked at the map and statistics and then wanted

These goals were those officially stated or de facto aimed for and achieved. If you see a certain discrepancy between points, like No 5 contradicting 6: yes. They were not communicated in unison at one single time. Just as the line itself was far from being constant.

Or, as the document specifies it in its preamble and article II + III:

To safeguard the interests of the German Reich, French State territory north and west of the line drawn on the attached map will be occupied by German troops.

As far as the parts to be occupied still are not in control of German troops, this occupation will be carried out immediately after the conclusion of this treaty.

The German Government intends to reduce to a minimum the occupation of the West Coast after the cessation of hostilities with England.

And in Wikipedia's words:

The goal of the Demarcation Line, according to a German officer, was to make the French government docile: three-quarters of the wheat and coal production in France occurred in the occupied zone, as well as nearly all the steel, textile, and sugar production. While not formally part of occupied Europe, the Free Zone was heavily reliant on Germany. 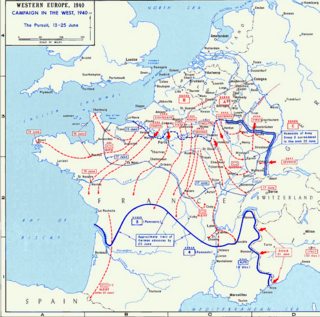 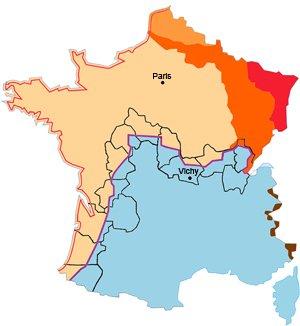 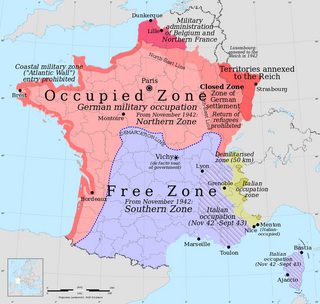 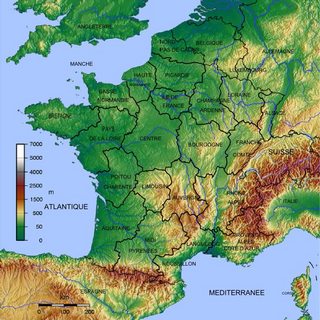 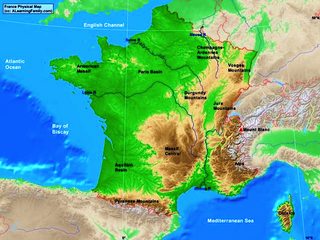 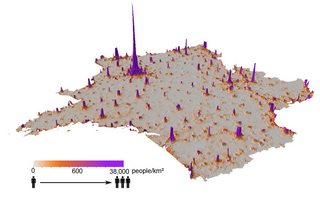 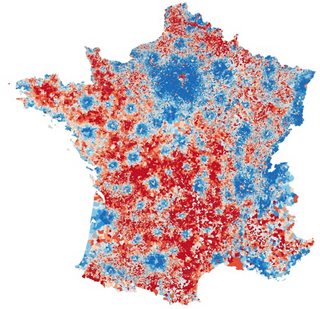 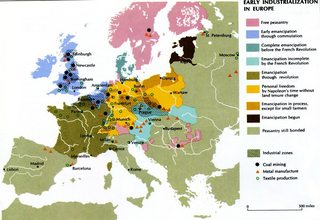 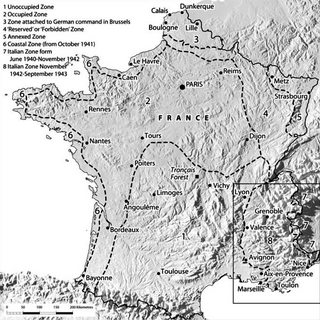 This is 55% of former French territory, yielding economically:

If you compare the metropolitan areas, the Germans only missed out on Marseille and Lyon, perhaps Toulouse. The industrial centres of the North were controlled and apart from the adjacent-to-Germany territories the line follows what Germans controlled at the time and excludes what an elevation map reveals to be mountainous regions. These were just economically much less productive.

Also keep in mind that this wasn't meant to be a permanent solution and had indeed only limited value, as the Germans soon occupied the entire country.

As such it was as the French quickly complained:

The French delegation to the Wiesbaden Commission stated that this line of demarcation was an infringement of territorial sovereignty, was arbitrary, especially since the route was imprecise and requests for clarification were futile. If the route seemed simple at the national level, at the departmental and local scale, uncertainties and inaccuracies were very numerous. […] The French Government did not know the exact course of the line until the end of 1941; In fact, the occupant regularly modified the route at the local level.

Sources for the maps:

Because of the line’s negative effects on public opinion, its relaxation was among Pierre Laval’s chief concerns in his negotiations with Germany at the end of 1940. Laval’s successes, however, were limited, and the permeability of the line remained under the control of the German authorities. To show his disapproval of Laval’s dismissal on 13 December 1940, the German ambassador to France, Otto Abetz, limited passage across the line to high-ranking officials. Later, Admiral Darlan achieved limited relaxation of the Demarcation Line in exchange for substantial concessions to Germany in the Protocols of Paris, 28 May 1941. The minor concessions that Laval and Darlan achieved received maximum publicity from the Vichy press. The Demarcation Line remained a point of contention until its existence was rendered immaterial by the complete occupation of France on 11 November 1942. It was not officially suppressed, however, until February 1943.

The line of demarcation was a tool which, of military in its provisions, became political in its goals, reflecting a cessation of hostilities, but not the end of a state of war. The Germans transgressed the laws of contemporary conflict. They maintained in place a real artificial border, durable, with all the characteristics of a border withers, allowing to bleed France, sometimes to asphyxiate.

9
Where was the pre-war (ww2) border between Poland and Germany?
12
How was occupied France governed during World War II?
16
How popular was Mozart in France before WWII and after it?
5
Did German win any victories between Normandy and Bulge?
11
How much of "Russia" was actually occupied by the Germans in World War II?
7
What were the advantages and disadvantages to the creation of Vichy France, from the Nazi point of view?
3
Context for peace between UK and Germany around the Fall of France
4
In regards to Vichy vs Free France, what was the status of Saint Martin and Saint Barthelemy?
3
Who were the police of Vichy France?