Why the belt or strap in some plate armor and some other armor exposed in the middle front side?

Won't the belt become easy target to be cut or to be worn out? Making the armor prone to break up or unable to cover properly because it's getting loose during battle? 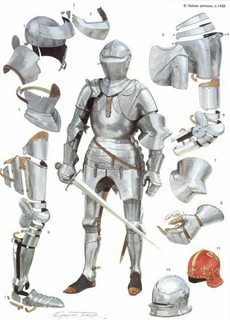 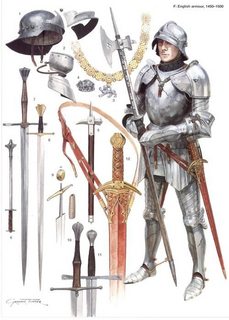 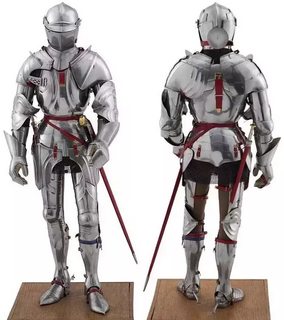 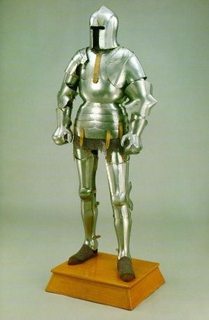 Assuming you're talking about the diagonal belt across the hips, that is to support the sword; it is not critical to the integrity of the armor.

As to the other straps, as @Daniel says,

I think he's referring to the straps on the lower edge that hold the tassets in place and the ones front and back that hold the plackart and lower back piece. Given that the tasset straps were still being used in the 17th century on half armour there doesn't seem to have been much of an issue with these straps being cut. As for wear, these armours were maintained so straps starting to wear would be replaced before they could fail.

Not the answer you're looking for? Browse other questions tagged middle-ages warfare armour or ask your own question.

38
How did Medieval armies survive the use of mail armor in the deserts of the Middle East?
9
What sorts of games of chance/skill and other events would a Middle-ages/renaissance festival have?
3
Middle east and North africa population during the high middle ages
17
How did Aztec armor and weaponry match up to the Spaniards?
3
Why is neither side of the warhammer blunt?
10
What metallurgy advancement allowed the transition from mail hauberk to plate armor?
40
Why were helmets and other body armour not commonplace in the 1800s?