Can you help me identify the rank and patch on this Royal Italian Army uniform?

Can you help me identify the rank and patch on this uniform on the far right? It's from around 1910. Thank you very much. 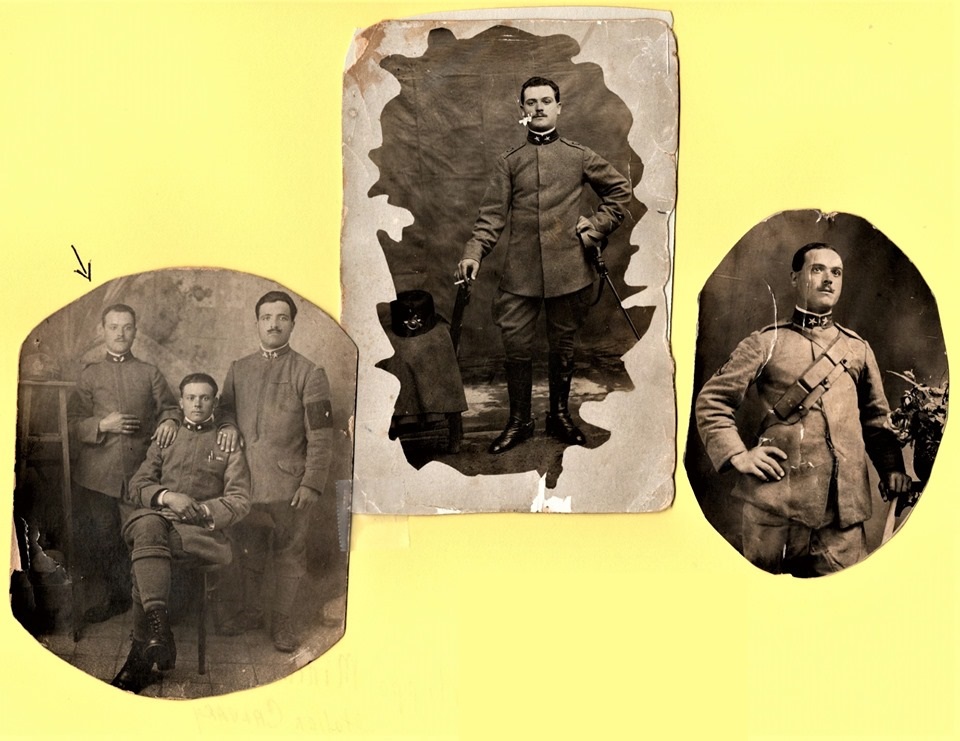 Hi Robin Hood and welcome to History:SE, thank you for the interesting question, if difficult question.

The soldier in the right hand photo does not give us many details to work with as he is presenting his right side towards the camera and enlisted rank insignia was worn (mostly) on the left forearm, which is not visible. I suppose that he is enlisted as he does not wear shoulder boards which would mark him out as an officer.

Unfortunately the collar patches which feature a star on each side are also not very indicative as all ranks and regiments wore them at the time. The distinguishing feature of the collar patches being their underlying colour and shape. Now, I can just about make out two horizontal light coloured stripes on a darker background. This could point to the the 1st grenadier regiment or a Carabinieri regiment which both had a similar collar patch, although without a clearer photo or colours this is only an informed guess. However, the lack of a coloured cuff would discount the Carabinieri as a possible regiment.

The man also wears a bandolier which points to a cavalry or a Carabinieri regiment. Although it might simply be a prop from the photographer as the other images do not feature it. He also appears to have a baldric under the bandolier, this does not appear in the other photos.

Lastly the patch on his upper right arm appear to feature a darker stripe on a lighter background. Again, this does not give us much information, it could well be the regiment's coat of arms, but it is not possible to make it out clearly.

In comparing the other photos this man features in, we can notice that he is wearing cavalry boots with spurs in the middle image and is now in possession of a sword. Taking this with the bandolier, I would suspect a cavalry regiment.

Possible answer: Soldato (Private) in a cavalry regiment of the Kingdom of Italy.

Not the answer you're looking for? Browse other questions tagged world-war-one uniform cavalry italian or ask your own question.