Why was the Treaty of Guadalupe Hidalgo signed there?

The Treaty of Guadalupe Hidalgo which ended the Mexican-American War was signed "at the main altar of the old Basilica of Guadalupe", or possibly in an adjacent building. This is a major Catholic pilgrimage site, near the site of the 1531 apparitions of the Virgin of Guadalupe. In or around 1709 the basilica was built. In 1828, the surrounding village was renamed after the independence hero Miguel Hidalgo y Costilla. The villa of Guadalupe Hidalgo was therefore iconic even before the treaty was signed.

Why was this highly symbolic site chosen for the signing of the treaty? Was it the war's losers or winners who sought to attach the names of the great national icons, the Virgin and Hidalgo? 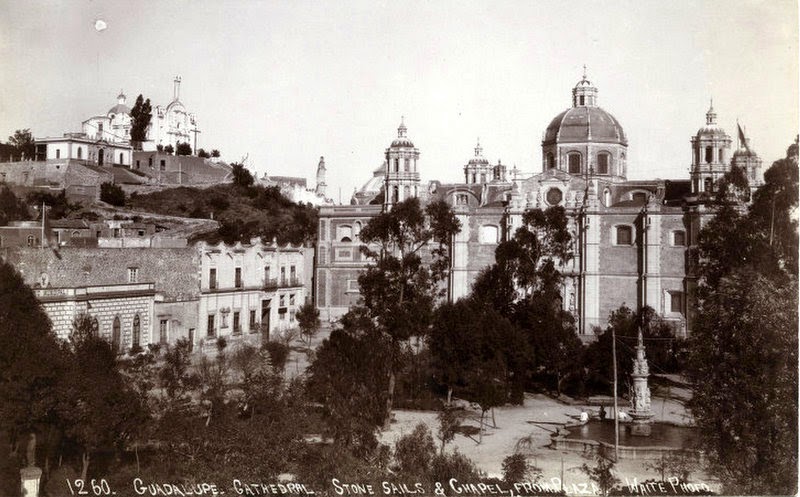 Browse other questions tagged united-states war mexico treaties or ask your own question.

18
Have Germany and Poland ever signed a peace treaty after WWII?
34
Why was the Treaty of Versailles so harsh?
17
What did other European powers say when Portugal and Spain signed the Treaty of Tordesillas?
5
What's the oldest treaty still being enforced?
10
Why did the Roberts Treaty of 1833 have a Portuguese translation annexed to it?
5
Did the US try to buy California before the 1848 Treaty of Guadalupe Hidalgo?
2
How was the Washington Naval Treaty enforced?
46
Was there ever a treaty between 2 entities with significantly different translations to the detriment of one party?