How long was a coach journey from Coburg to St Peterburg in 1790s?

If someone had to get from Coburg to St Petersburg in the 1790s? Would they travel overland by stagecoach or go up to the north German coast and get a boat round to the Gulf of Finland and enter Russia that way?

If they went by coach how long would it take to cover the 2,039 kilometers to get there?

Assume that the traveler was wealthy and was going to the court of Catherine the Great.

That seems to be an inquiry about how Anna Feodorovna got from being Juliane of Saxe-Coburg-Saalfeld in Bavaria to the Russian Tsar in 1795?

In that case, she travelled overland, by coach for quite a few days.

They started on 12 Aug 1795 and arrived two months later.

If the concrete example above shouldn't suffice:

Going by boat from way inland Coburg is not very practical. Nearly all major navigable river systems head North-West, emptying into the North Sea. Going around Denmark would certainly add a huge delay. Only Oder and Vistula are on the way to St Petersburg and flow into the Baltic. That would have been a possibility, but one with questionable advantages. Both rivers add a natural flow again away from the destination by a large degree. You'd also have needed at least change vessels once: embarking on a river boat, then change to sea-worthy.

The theoretical maximum travel speed at the time on land would be achieved by stage coach. Stagecoach travel was designed with speed in mind. Stages would average 60 to 70 miles in one day.

Possible modes of transport would then be coaches, somewhat in the style of a then comfy Berline, a Landauer or whatever style money could afford, perhaps even a very representative Grand Carosse. At that time probably looking like this: 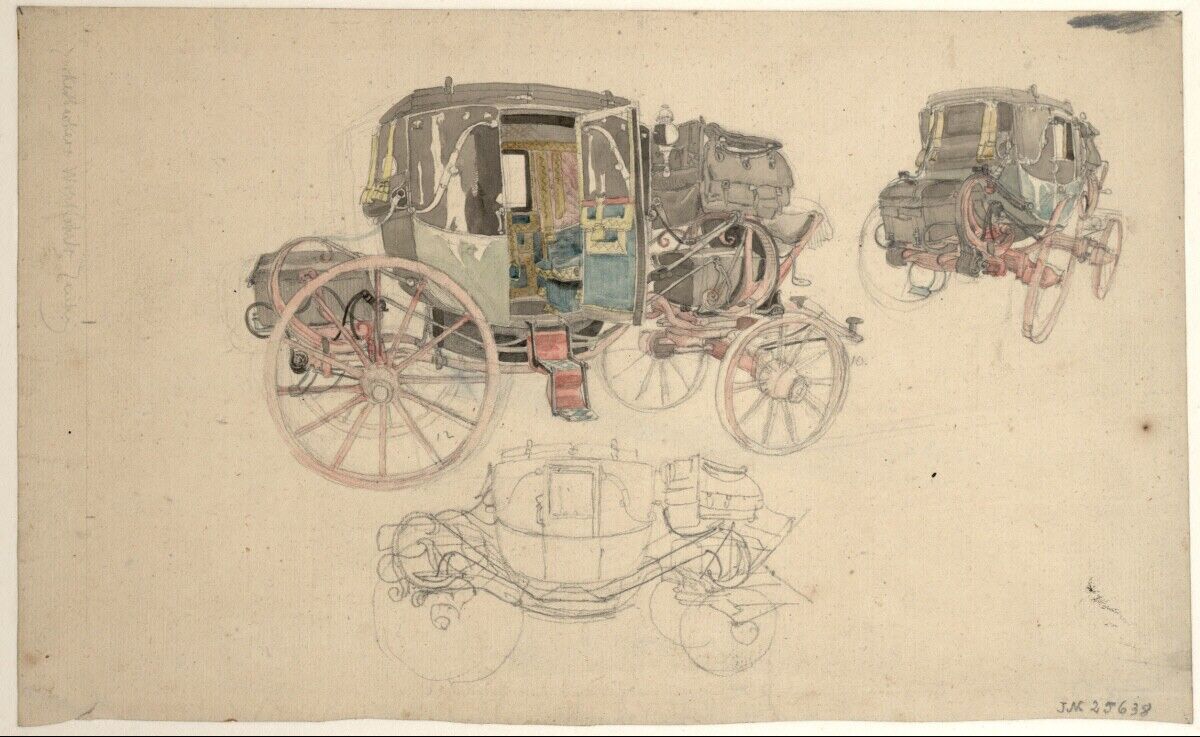 Around 1806, Napoleon's better half used this: 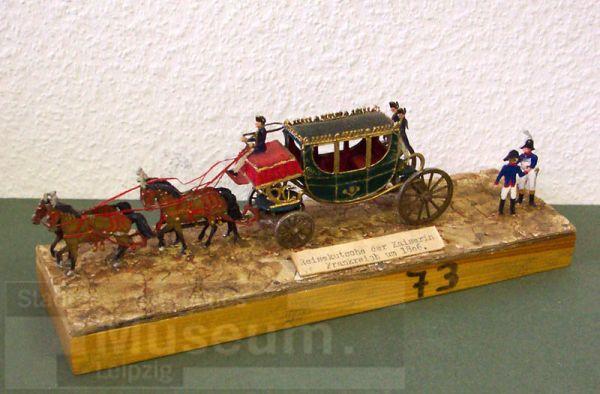 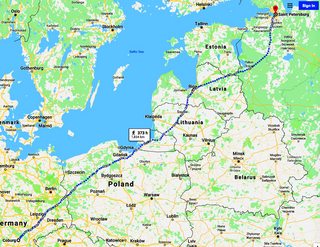 a roughly 20 day trip. But that optimum could not be achieved in comfort, with entourage (only strictly necessary baggage needed?), excludes sight seeing, diversion, visits, detours, and discounts for the minimum of 4 border crossings 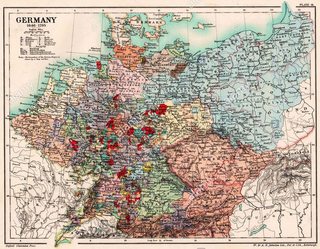 and actual road conditions. These would deteriorate somewhat the farther East the trip gets and would also be reduced in options. Meaning: fairly early on the trip, shortly after crossing the Elbe river. Just adding stages to be on major towns — which would be probably a requirement for higher-up in the social strata passengers — within the modern road system extends easily the journey to much more than 2600 km.

For the first two thirds of the trip, clinging to postal roads would map a trip along these lines: 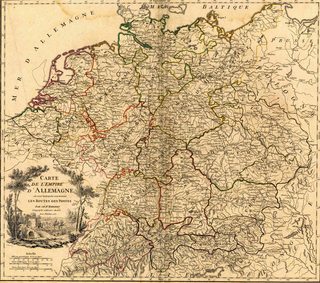 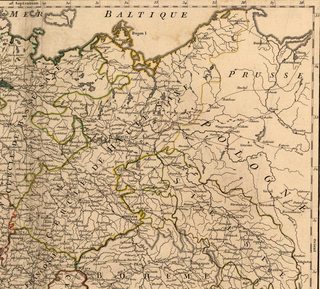 But as that is a journey through lands of closely connected ancestry, visits to grandmas and uncles would be likley? 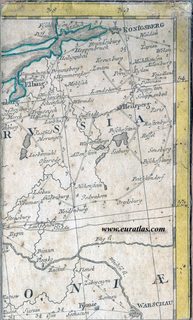 arriving in the Russian Empire: 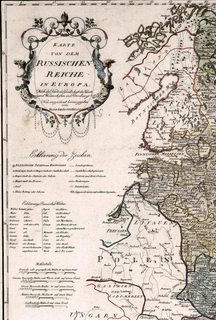 The resulting map suggests a frame of travel stations to be along these lines: 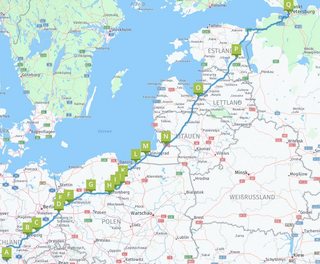 That means some stops are still missing. The first day of travel very probably did not end in Leipzig, but somewhere on the way. Especially near the end of the journey the distances get too large. For example between Kwidzyn and Braniewo making a stop at Elbing/Elblag would present itself. But between Tartu and St Petersburg, the distance is just too big for a coach to do it in one day. The above route is now calculated to be on modern roads by car to be at least 2028 km (1 day and 8 hours non-stop travel)

For a nice map giving the historic (German) names in the region Prussia, Poland, Lithuania, take a look at the 1796 version available at ChrOnoAtLas (direct-link, below a scaled down to SE-needs 2MB version). 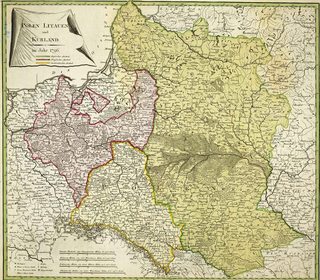 Another stop before Riga would probably be Mitau, as evidenced from being a hub in WikiBooks Baltische Länder: Von der Aufklärung bis zur Entstehung der Nationalstaaten providing for example a bilingual map for Kurland (More maps for Lithuania). And as @Pieter Geerkens noted in comments another likely stop would be the then up and coming city of Schaulen/Siauliai. For mapping the route for the large gap in the final stations it seems indeed likely that the route would be somewhat more closer to the coast.

3
How large is a 19th century stage house near Kaluga, Russia?