What is the brown doll on Nicolás de Ovando's desk?

Nicolás de Ovando (1460-1511) was Spanish governor of the Indies (Hispaniola) before the age of the viceroyalties. In this anonymous portrait from Wikipedia, work materials are artfully arranged before him, including a conspicuous small doll or statue. I cannot identify it, but possibly it was an object of the Taíno culture which his administration was suppressing. Why was it included here? 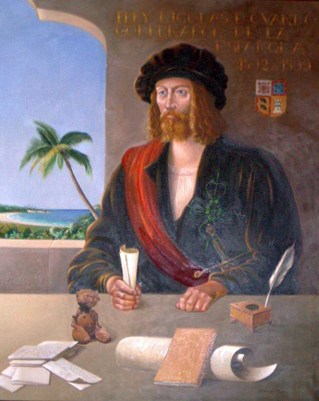 The rather limited available evidence would suggest that the object is (as you suggested) a Taino artefact, possibly a representation of a deity (zemi / cemi).

came in different shapes and were made of stone, wood, and other materials (e.g., human skulls, bones, and meat bits).

Aside from the fact that Nicolás de Ovando spent 8 years as governor of Hispaniola and thus had ample opportunity to acquire objects from the indigenous people he was suppressing, the figure's distinctive thin arms and thick legs are very similar to the Taino objects in the images below. 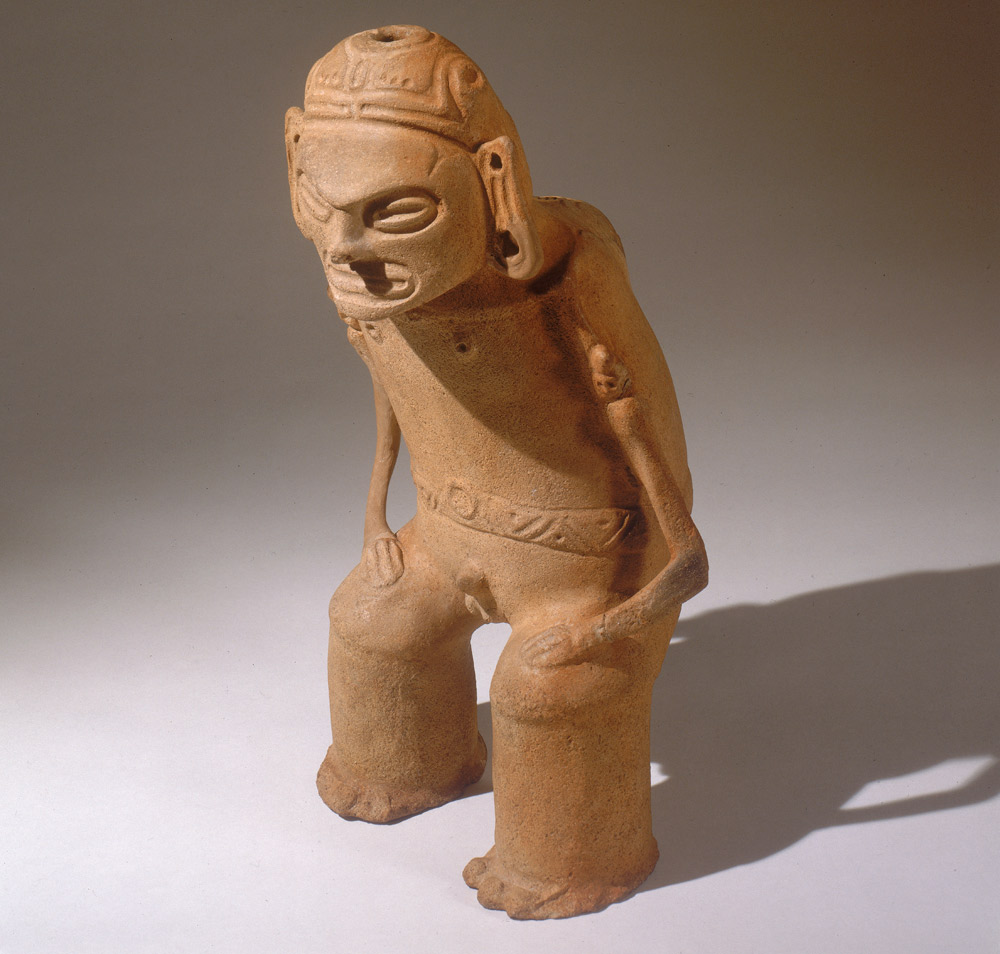 José Barreiro's text below the image on the website notes that:

The figure depicts Deminán in the lineage of suffering creators, his very thin arms the result of an extended fast. 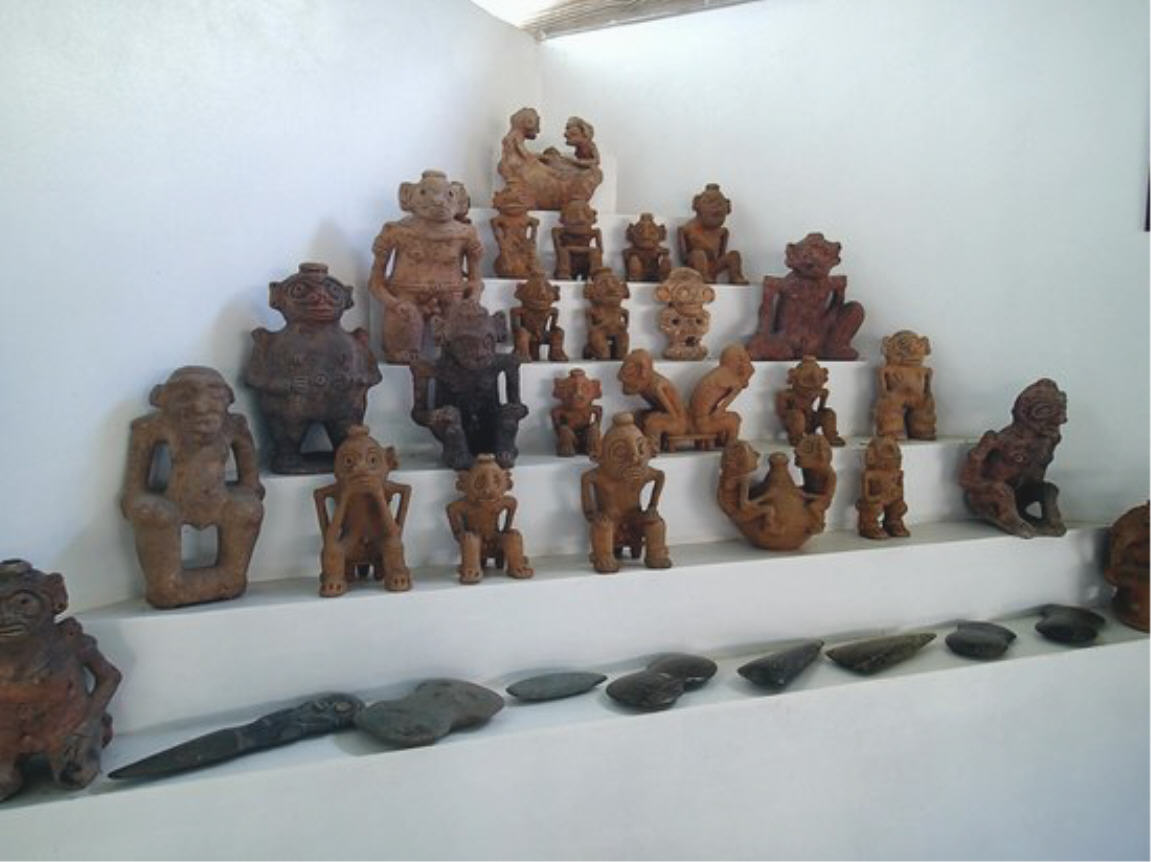 Although the diety Deminán Caracaracol is depicted in various postures, he is usually shown with a turtle emerging from his back. Unfortunately, we can't see if this is the case with the one depicted in the picture. However, Deminán Caracaracol isn't the only one depicted with thin arms and thick legs: Itiva Tahuvava (Goddess Mother Earth) and Cacique Marocael (guard of the cave where the original inhabitants lived) are also sometimes shown with these features.

As for why the figure was included in the picture, there are a number of possible explanations. Colonial and provincial governors from ancient to modern times have frequently collected objects (and often very valuable ones) from the regions they governed; the artist may simply have been depicting what he saw on the table. Or he may have used it to help identify the people / colony Nicolás de Ovando governed.

Not the answer you're looking for? Browse other questions tagged identification native-americans art spanish-empire caribbean or ask your own question.

2
What is the difference between Taino and Puerto Rican?
8
What is Lorenzo de' Medici holding in this painting?
9
Why did not Spain manage to keep any colonial possessions in the new world?
1
Who's the artist behind this popular painting?
33
What is the date and original source of this medieval picture?
3
When did the Ciboney arrive on Cuba and displace the Guanahatabey?
9
What is the title of the Magritte painting that shows a horse-headed woman looking out of a stone window?