Is there a historical example or a manuscript about troop formation or fighting stance on a boat?

Is there a historical example or a manuscript about troop formation or fighting stance on any sort of boat or ship?

Especially during colonialism or the golden age of piracy, no specific location so world wide, although I want to know the European one more.

Here is an example of a historical manual on sword/fighting stance from royal armouries (just an example); 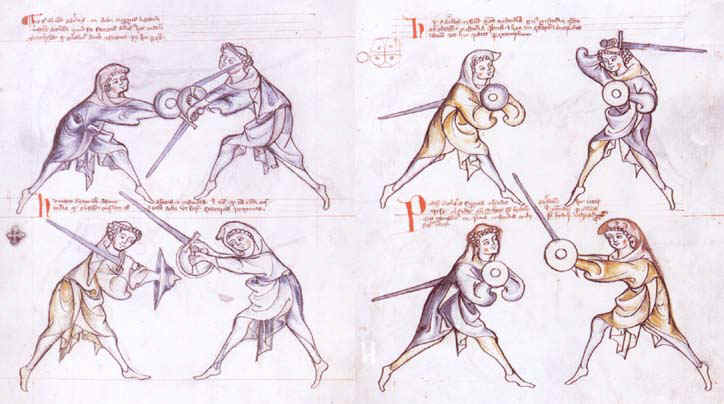 Feel free to edit the tag if it's not appropriate, since I'm not sure the tag is right either and can't find a clearer one.

As far as I know, "Instructions for training a ships crew in the use of arms in attack and defence" by Lieutenant William Pringle Green, is the first book on how a crew of the Royal Navy should train with swords and guns, how they should defend their ship in case of boarding, or to board an enemy vessel themselves.

The year of publication is 1812, so not the century you are looking for.

Green lists a series of errors that an untrained crew often make when fighting on a ship, and explain that with simple exercises, a small force can fight successfully even if outnumbered.

The text was digitalized by Royal Museums Greenwich and can be found here. I don't know if someone has already transcribed it.

Not the answer you're looking for? Browse other questions tagged warfare naval 17th-century 16th-century or ask your own question.