Where can I find maps and other historical resources / references of Calcutta / Kolkata in the Victorian era?

I am doing some historical research on a project and need some maps, references on Calcutta in the Victorian Era, somewhere between the 1850's and 60's. Does anyone know some good sites / books where these can be found?

I tried google, but most of the references I found were from the 1900's and onward, not before.

There are several sites which have maps of Calcutta around the period you are interested in:

Old Maps Online from the British Libray is a useful tool which allows you to select city and time period, including Calcutta 1854. 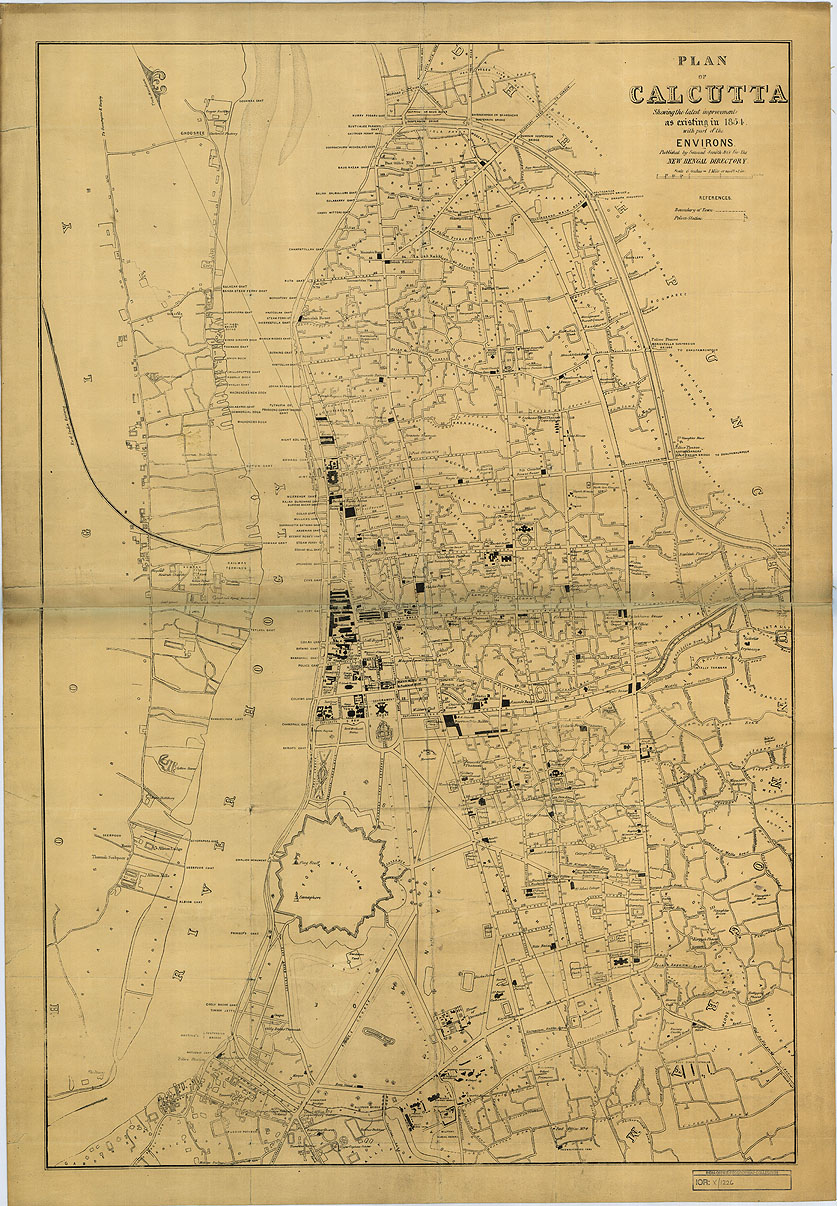 The map below is only a little before your period (1842) and it is clearly labelled so it should be useful. 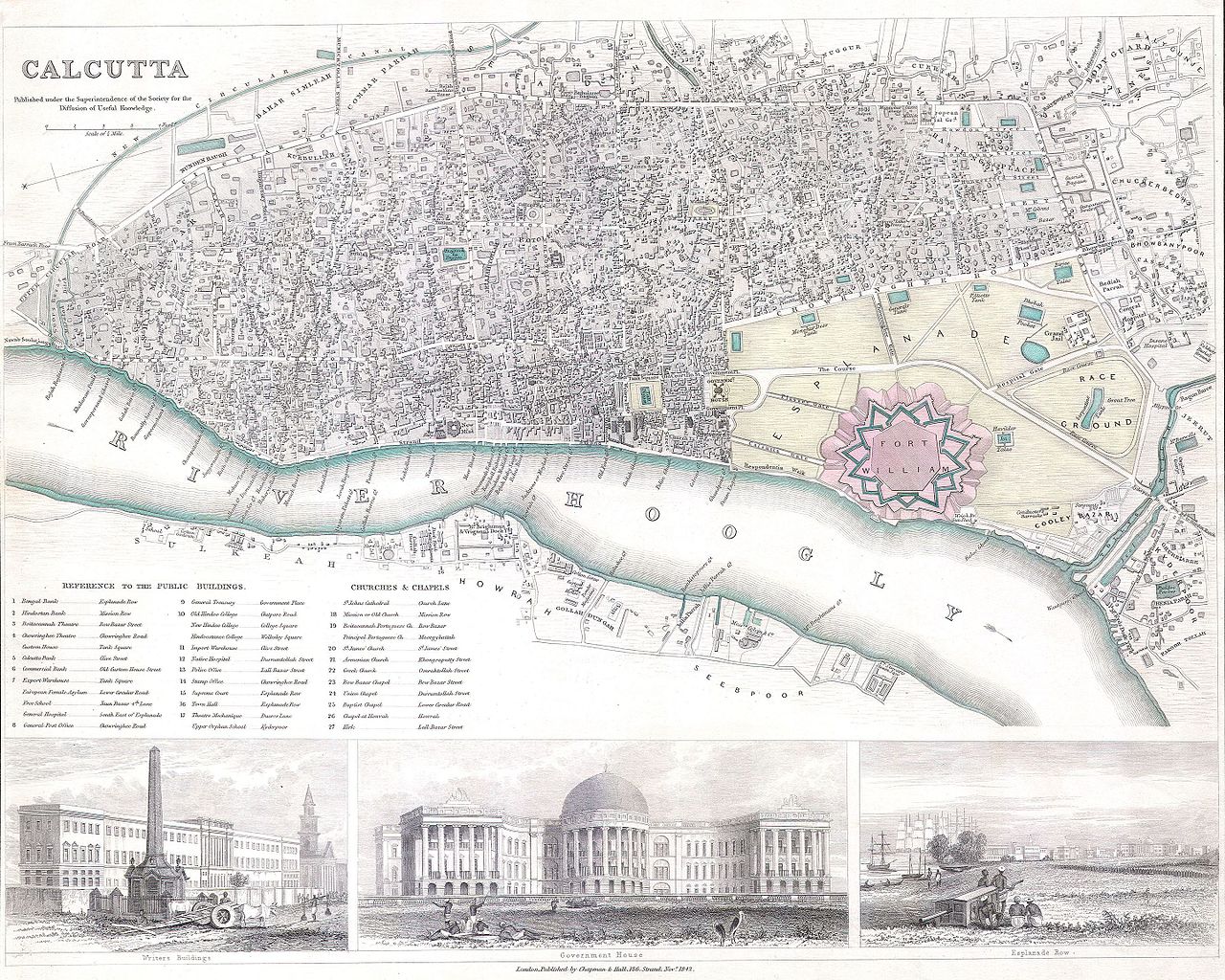 Source: Wikipedia / Public domain. You can also check this link for a larger version.

There is also this colourful map of the Fort William area from 1844 and an 1850 postcard of the area (see below). 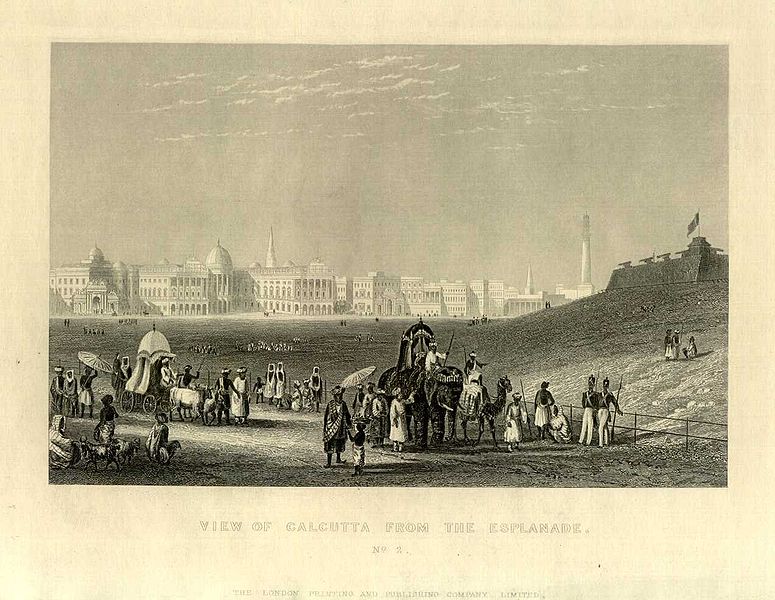 English postcard, 1850, 'View of Calcutta from the Esplanade'. Source: Wikipedia

More images can be found, for example, at Old Indian Photos where there are several 1860s photos of Calcutta in the aftermath of a storm.

Available for free is Calcutta, Old and New: A Historical & Descriptive Handbook to the City which was published in 1907, but it also covers your time period.

You will find several other freely available books on Calcutta on the Internet Archive, including The Making Of A Colonial Mind 1857-1885 which focus on the Bhadralok ("Bengali for the new class of 'gentlefolk' who arose during British colonial times") of Calcutta.

Colonizing, Decolonizing, and Globalizing Kolkata by Siddhartha Sen has a section on colonial Calcutta, including several images from the 1850s and 1860s, but it looks like you'll need to buy it (unless you can get access here through an institution).

Not the answer you're looking for? Browse other questions tagged 19th-century india maps or ask your own question.

7
Where can I find open historical map data?
0
Where can I find clean maps of colonial America?
4
Where can I find a world map from the Victorian period?
12
When did the last (non-tourist) commercial stagecoach line run in the USA?
8
When (and where) did public polling start taking place on topics other than elections?
5
How did a student grant work in 18th/19th century Western Europe
27
Which languages would be most useful in Europe at the end of the 19th century?
6
At what age did girls start wearing corsets in 1880s-1890s Britain?