Are there any examples of technologies have been lost over time? [closed]

I've read before about various technologies being lost over time, either due to war or famine or just time. I'm interested in knowing more about what sorts of things have been lost, and how.

I've read about Damascus steel before, although recently seen places that offer it - apparently the same as the original process.

Are there any examples of technologies have been lost over time?

At least four examples spring to mind: Damascus steel, which might have been rediscovered last century, Greek fire, whose composition is still a matter of debate, Roman concrete, whose formula was lost in Western Europe after the fall of Rome and later rediscovered during the Renaissance, and the Antikythera mechanism, an ancient Greek clockwork device that was discovered early last century and only recently established to be an astronomical clock.

There's also the stuff of legends, whose accounts attract the skepticism of modern scholars (like burning glass) or of contemporaries (like the circumnavigation of Africa by Phoenicians).

If you feel like sitting through an hour and a half long video, this example of traditional African iron smelting was nearly lost -- it would have been had it not been for a desire to preserve it. The video will walk you through the whole thing: creating the charcoal, creating the furnace, and then operating it.

The latter video is, I think, interesting in that it hints at how much technical knowledge may have been lost over time without us necessarily realizing -- at times while leaving a trace that can later be rediscovered, and at times not. Iron smelting technology is alive and well, but had it not been for conservation efforts, the above video would never have been created, and how Africans smelted iron in that area would have been lost to time unless later researchers would have succeeded at recreating it through detective work.

In this sense, obsolete technology is comparable to a dying language. At one point there are only a few people left who know it. And then comes a day when the last person who knows it passes away. But their reason for existing stays with us in some form or shape and they simply get replaced.

As a last illustration of the above, consider the (actually Celtic) Roman saddle, which all but disappeared after the introduction of the stirrup: 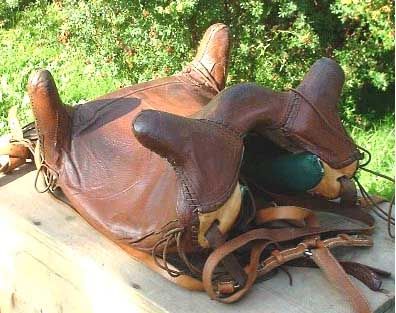 How they worked was reconstructed last century by Peter Connolly.

Perhaps one of the most famous examples is the Antikythera mechanism. Discovered in 1901, it is believed to date between 205 BC and 60 BC. This ancient analog computer contains

traces of technology that appear utterly modern: gears with neat triangular teeth (just like the inside of a clock) and a ring divided into degrees (like the protractor you used in school). Nothing else like this has ever been discovered from antiquity. Nothing as sophisticated, or even close, appears again for more than a thousand years. 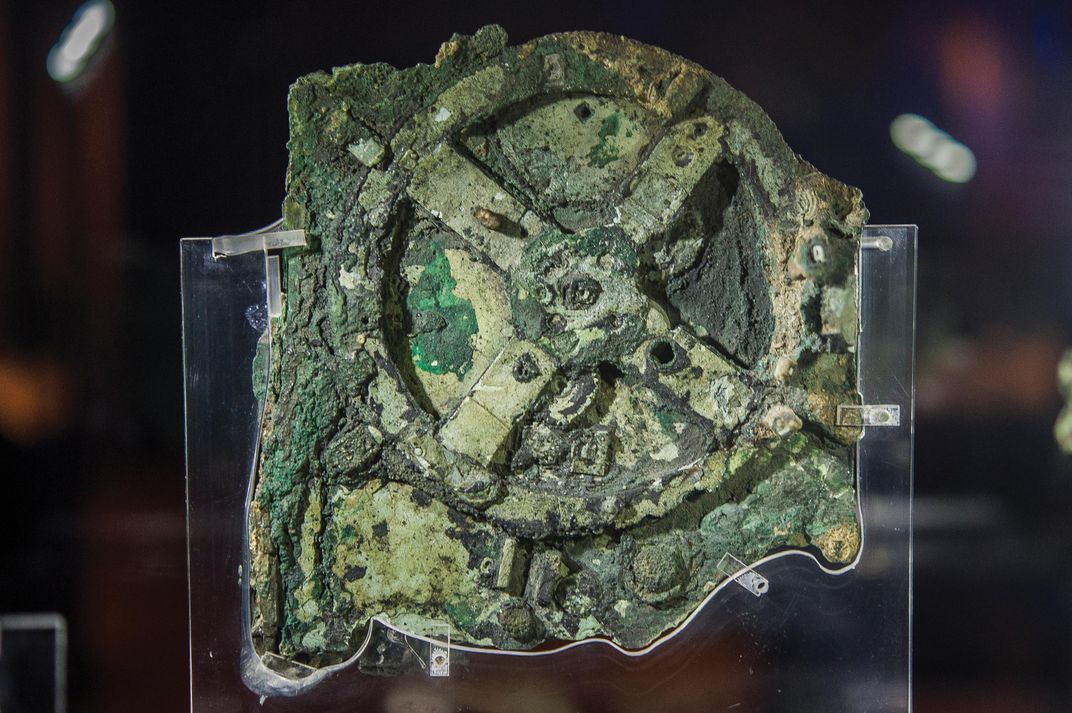 How the Ancient Egyptians built the Pyramids is the first thing which comes to mind. Despite some current discoveries along this area there simply is nothing definitive here. I'd say we have more evidence of how they were NOT built (by slaves, long earthen ramps, levitation chants, etc.) than how they were.

Something to ponder...we are closer in time to the death of Cleopatra than she was to the building of the Great Pyramid.

The ancient Polynesians were master navigators. Believed to have originated in Formosa they spread as far as Madagascar, New Zealand and Hawaii.

Knowledge of the traditional Polynesian methods of navigation was widely lost after contact with and colonization by Europeans.

The arrivals of the Europeans saw the loss of this technology for some time.

One very familiar example is the Greek Dark Age, when they not only lost much of their architectural technology but also lost the art of writing for 200-300 years.

Even in something as basic as wood, it is clear we have lost a lot of technology.

Oetzi, found in a melting glacier in the Italian Alps in 1991, can give us a glimpse of what has been lost since his lifetime, around 3200 BC.

The equipment he carried included a copper axe and a flint knife or dagger, showing he lived in an era when both were current.

Probably as many varieties of wood products as I carry plastic products around today.

Some of this technology survives - according to the page, birch bark containers are still made locally - but it appears there was a breadth of knowledge about selecting, working and using wood that has fallen out of currency (mainly due to the availability of better materials)

This article describes the loss of technologies in ancient island societies that became isolated from the outside world. In particular, the ancient Tasmanians had bone tools, including tool for sewing, and advanced stone tools; when Europeans made contact with them in the 18th century, they had lost these things, which would still have been valuable to them (they went naked in all seasons, even in parts of Tasmania where it snows in winter). Also, although they had fire, they didn't know how to start fire-- they carried embers wrapped in leaves when they traveled, and if a group's fire went out, they had to make do without it until they met another group that could give them a light.

It appears that when a society is isolated, with a small total population, low population density and no written language, and the speed of communication is human walking speed, ideas can be forgotten faster than they are reinvented.

The Chinese had a period of extensive invention in manufacturing and automation, particularly during the Song dynasty. They had seismographs, odometers, large blast furnaces, drilled for natural gas and even delivered it via bamboo pipes for cooking. All of this was lost after about 1200.

The Saturn V rocket technology has been partially lost. No rockets capable of lifting that much mass currently exist, and some of the manufacturing techniques used for the Saturn V are unknown as documentation was lost, so they could not be built today without modification.

Not the answer you're looking for? Browse other questions tagged technology or ask your own question.

0
Any examples when one civilization/country got technology from another and after due to lack of knowledge lost it
-6
Is there any evidence of modern technology today that has been rediscovered?

6
Are there any examples of people being able to predict the consequences of communication revolutions?
0
Is the concern about automation costing jobs a recent one only, or are there other examples from the past?
9
Are there examples of stone age cultures living in proximity close to iron age cultures without adapting to metal use?
7
Are there any archeological finds or primary source drawings of the Chinese “blade shaped” bamboo-copter or rotary fans?
0
Any examples when one civilization/country got technology from another and after due to lack of knowledge lost it