I have read about Pakistan Movement (PM), about the Partition of India between the two and I want to know why Delhi didn't became part of Pakistan (in contrast to Edirne of the Ottoman Empire which the Turks managed to take back) because:

For centuries Delhi had been the capital of the Mughal Empire from Babur to successors of Aurangzeb and of previous Turkic Muslim rulers of North India. The series of Islamic rulers keeping Delhi as a stronghold of their empires left a vast array of Islamic architecture in Delhi and a strong Islamic culture permeated the city.

The Wikipedia article doesn't provide enough information on part of PM. If I am not mistaken, this was due to low Muslim population in Delhi. But I think it does not clarify the issue enough because British imperialists were not fair in partitioning India, for example:

I have some questions:

What did the PM undertake to incorporate Delhi into Pakistan? (Lobbying? Rallying for Delhi?)

Did PM members feel something special regarding Delhi? (Like Ottomans in ragard to Edirne.)

Why did PM not succeed on the issue of Delhi? (Besides the low-population-of-Muslims reason.)

Because Delhi was deep within majority Hindu territory.

As @MarkC.Wallace pointed out, the partition of India was made along religious lines. Here is a map of pre-partition India by religious majority: 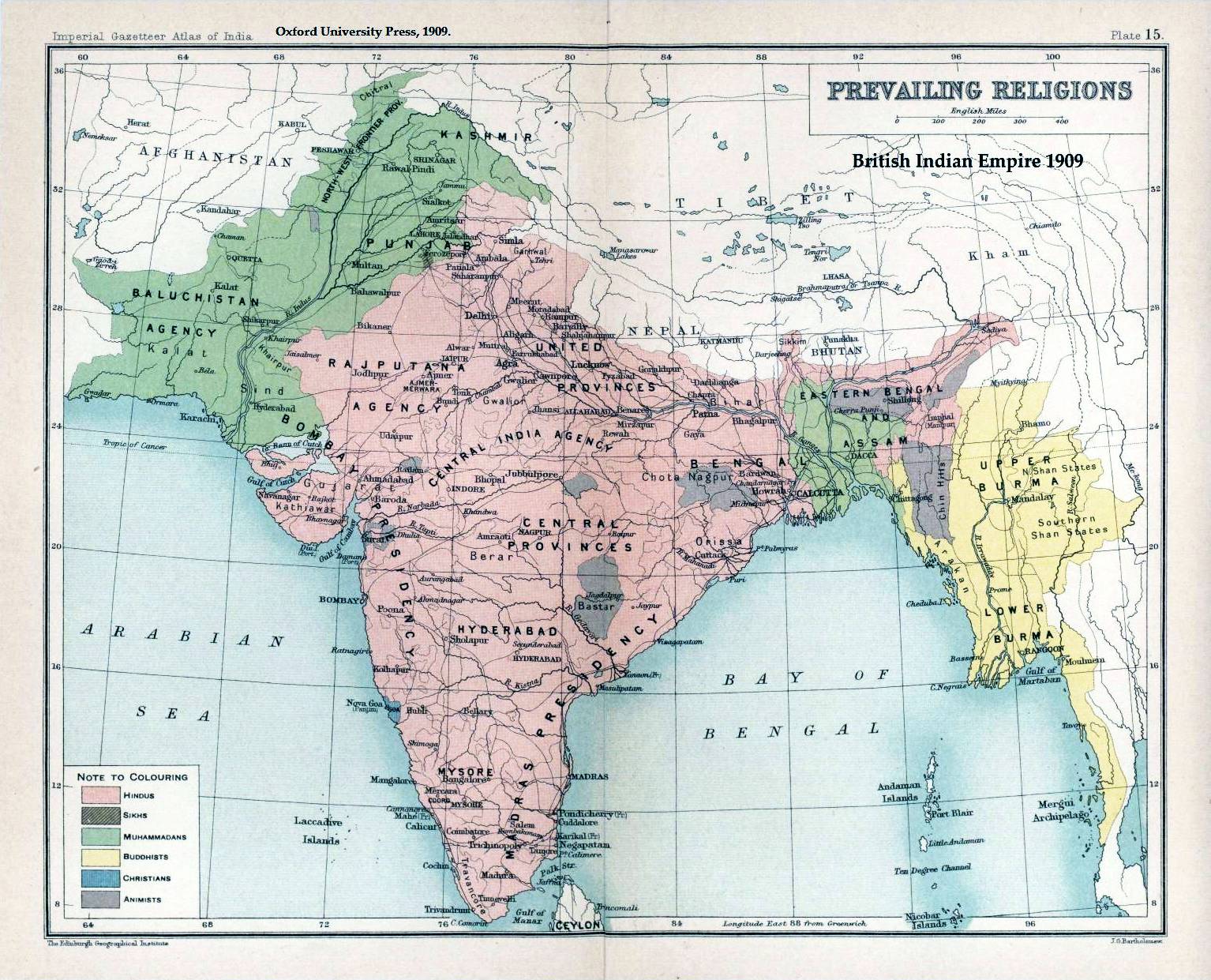 And here is a map of the final border: 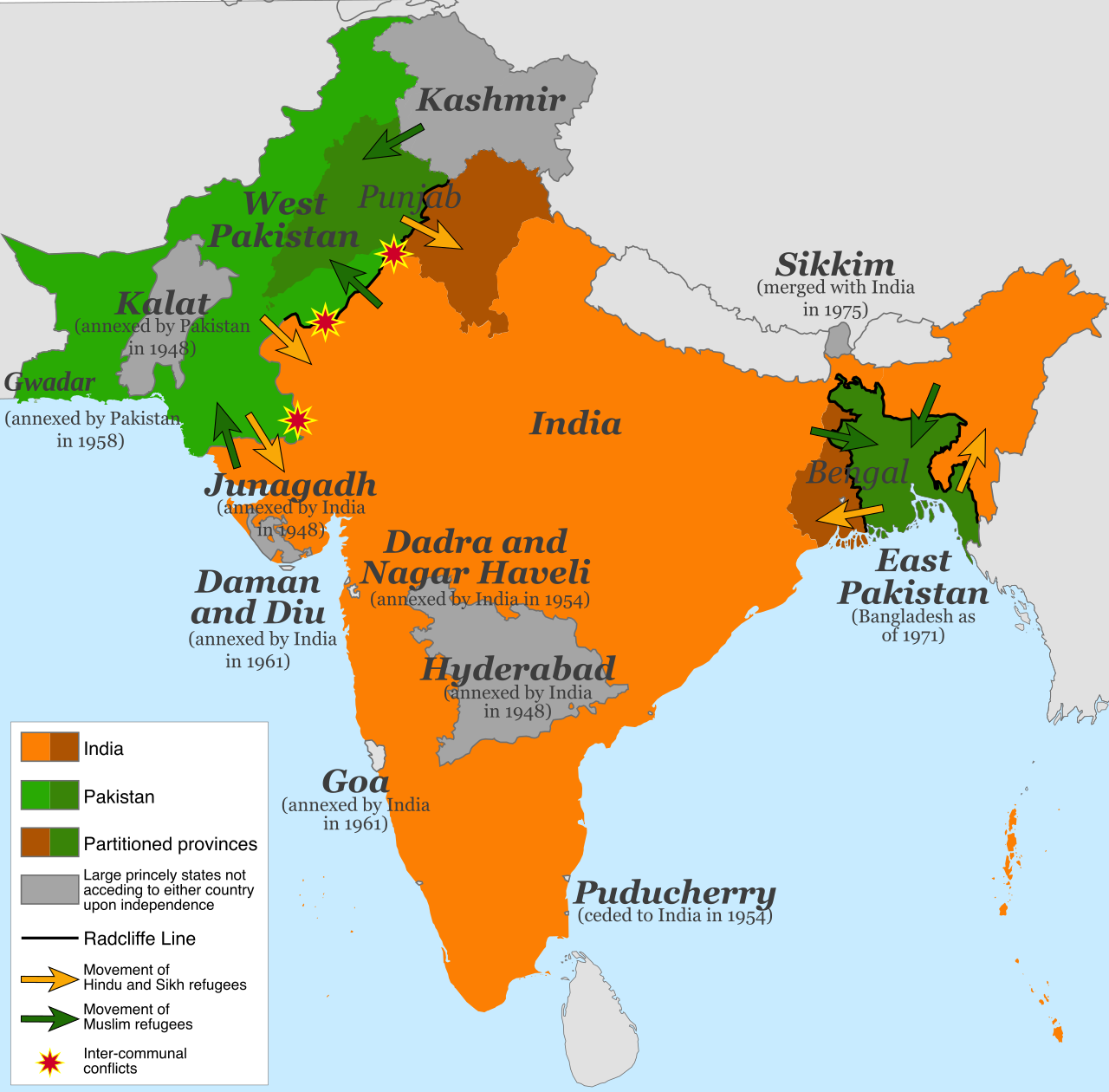 While as argued the process was not entirely fair, one plainly sees that the partition plan did in fact broadly follow the religious border. Of the counterexamples you gave, both the Murshidabad and Malda districts are right on the border, while the Chittagong Hill Tracts was actually majority Bhuddist and therefore irrelevant.

Even if the partition commision was inclined to favour the Muslim state, there was simply no way to justify such an immense departure from the religious border.

Not the answer you're looking for? Browse other questions tagged political-history india british-empire islam pakistan or ask your own question.

15
Military intervention in government in India and Pakistan
16
Did Mountbatten favour India in partition of India-Pakistan?
8
Who started trams in Delhi?
13
Why didn't Marathas rule Delhi officially?
8
Why didn't Pakistan try to wrest Kashmir from India in 1962 but tried to do so in 1965?
6
Why didn't Afghanistan accede to Pakistan in 1947?
2
Was Murud-Janjira independent until it became part of India?
1
Did Jinnah in 1947 or 1946 forsake his demand for Pakistan on the condition of maximum autonomy for the provinces within the united India?
3
After the 1947 India Partition, why did Sikhs & Hindus fleeing Pakistan travel to Delhi rather than stay in Amritsar?