Were priests in politics in New Spain?

In the the Spanish Empire generally, the royal state and the state church were tightly coupled. One hierarchy supposedly answered to the Viceroy and then the King; the other to the Archbishop and the Pope. Certain racial and educational qualifications were expected of high officials in both. This question is about individual mobility between the two power centers.

At the very end of the imperial period, some creole priests did get into politics: Hidalgo and many others pursued military careers, and Fernández San Vicente was Iturbide's commissioner to the Californias. Creoles were definitely ascendant. I hope to learn whether these specific priests were innovators or part of a persistent trend of political involvement.

Did other New Spanish priests have political careers before Mexico's war of independence (pictured)? 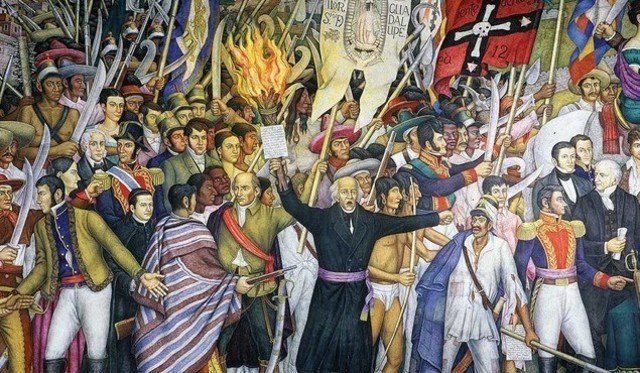 13
Did the treasure ship Cortes first sent from Mexico ever arrive in Spain?
9
Why did not Spain manage to keep any colonial possessions in the new world?
1
When could California mission priests perform confirmation?
2
How did Spain justify building a major port at San Blas, Nayarit?
10
Why were Catholic priests so instrumental in the Mexican independence movement?
9
Did New Mexicans under Spain regard themselves as Mexican?
9
Which Catholic priests were given diplomatic missions?