What is the actual Polish street name of the street in Martinau, now Rokitnica, of Strasse der SA?

My mother who was born in Beuthen/Bytom, but must have lived at least for a while in Martinau, "Strasse der SA 19". I want to go there and find the street.

Martinau was Rokittnitz (part of the Landkreis Beuthen from 1927 on) and was named Martinau from 1936 until 1945. Rokitnica is now a part of Zabrze (*) I think from 1951 on, according to Wikipedia.

Before my mother married my father in Bytom in the year 1941, she must have lived in Martinau. I have a confirmation of the marriage (Bescheinigung der Eheschliessung), in which her address is given as

Please help me to find the actual current Polish name of this street in Rokitnica in Zabrze, Poland. 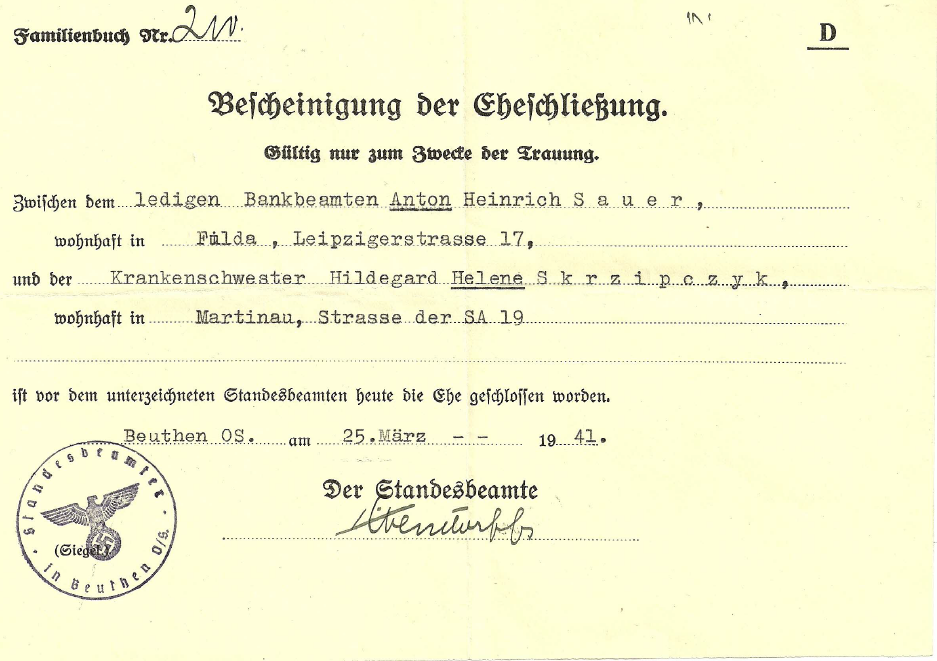 In Beuthen there was a Straße der SA, that is now Bytom' ulica Żołnierza Polskiego (Street of the Polish soldier): 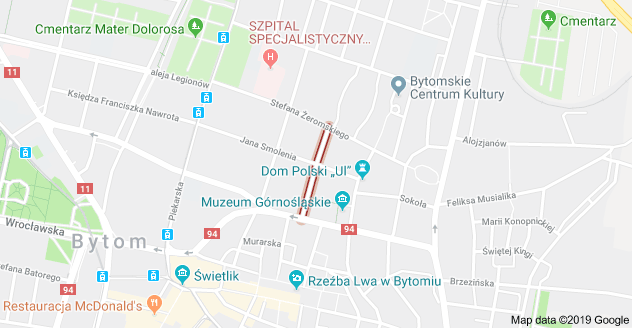 The street was before that the Feldstrasse:

Bytom, then Beuthen O.S., the SA militia quickly found their place. It was a building existing to this day at 9 Żołnierza Polskiego Street (then a plot of land Vorstadt 317, formerly Feldstrase 1b). From 1923 the house was owned by the widow Atonine Ebet (her husband Otto died during World War I), who later boasted of her merits for the Nazi movement. It was in this building that members of the German organizations Schwarze Schar and Landesschützen gathered as early as 1921. Probably also sympathizers of this movement from nearby towns and villages came here. After that, the building became the first meeting place for members of the Nazi party NSDAP and its militias SA (so-called Sturmlocal). It was in this place that the Bytomian fascist movement was formed. Later, in recognition of the history of this place, the Nazi authorities of Bytom renamed today's Polish Soldier's Street to Strasse der SA, and the building was given number 9. One can expect that the activists of the fascist movement from Piekary knew this place perfectly well, because it was a point of contact for them with their Bytomian principals.
src: Centralne sterowanie 2004 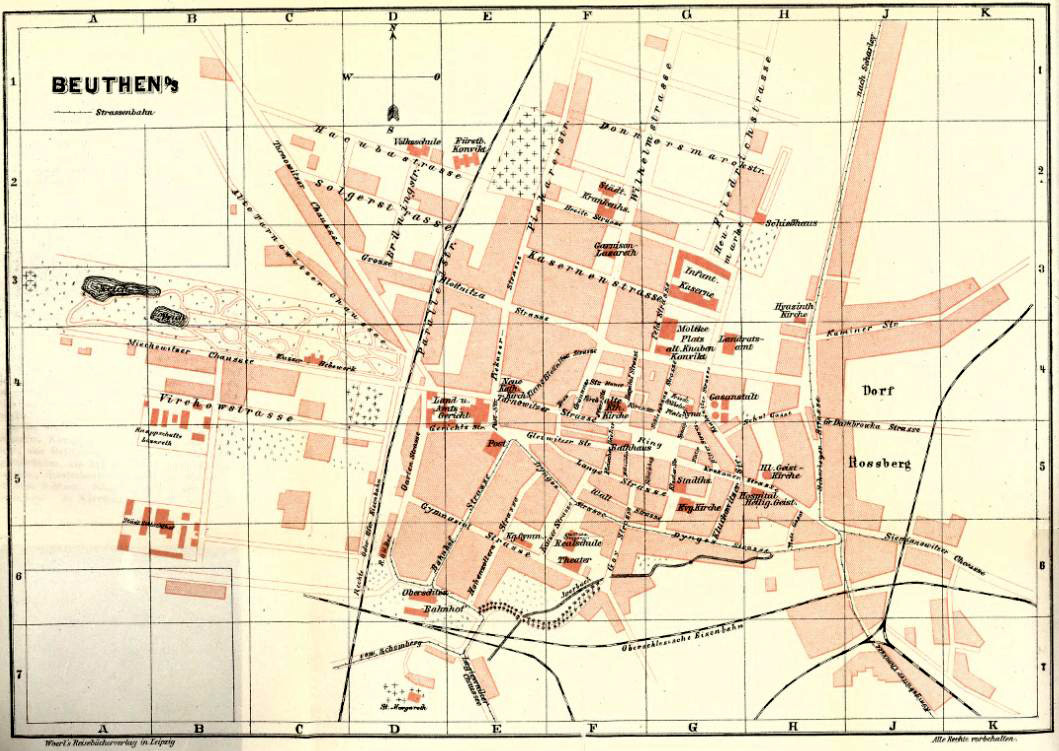 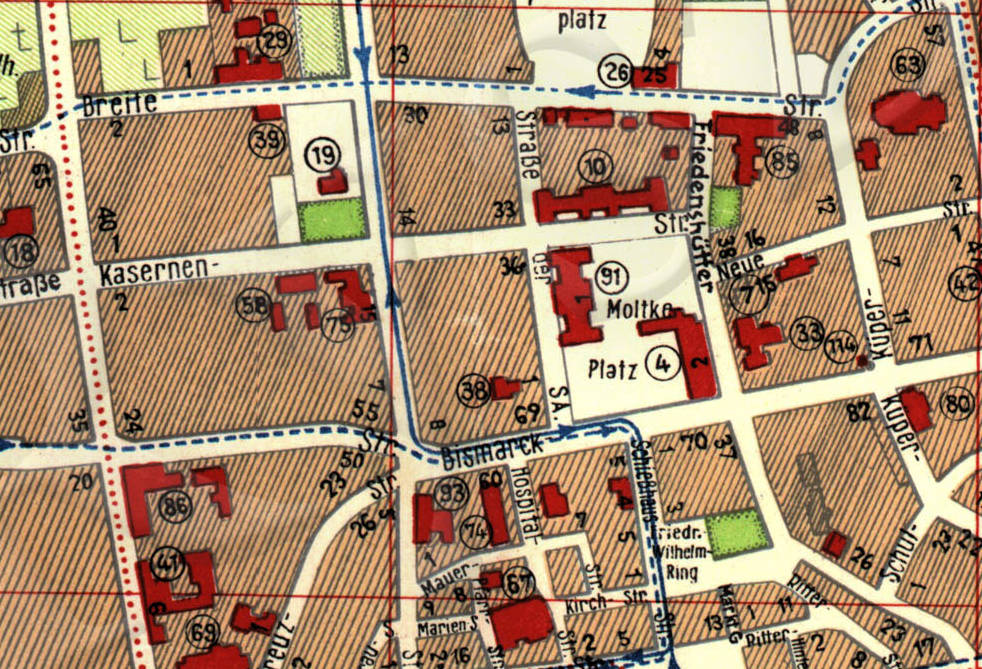 Combining Digitale Bibliothek Beuthener Architektur, which gives you all German names from 1928 (in this case Feldstraße) and current Polish names: 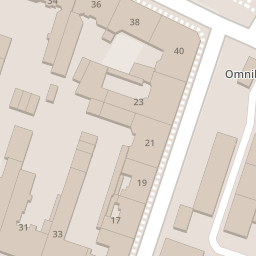 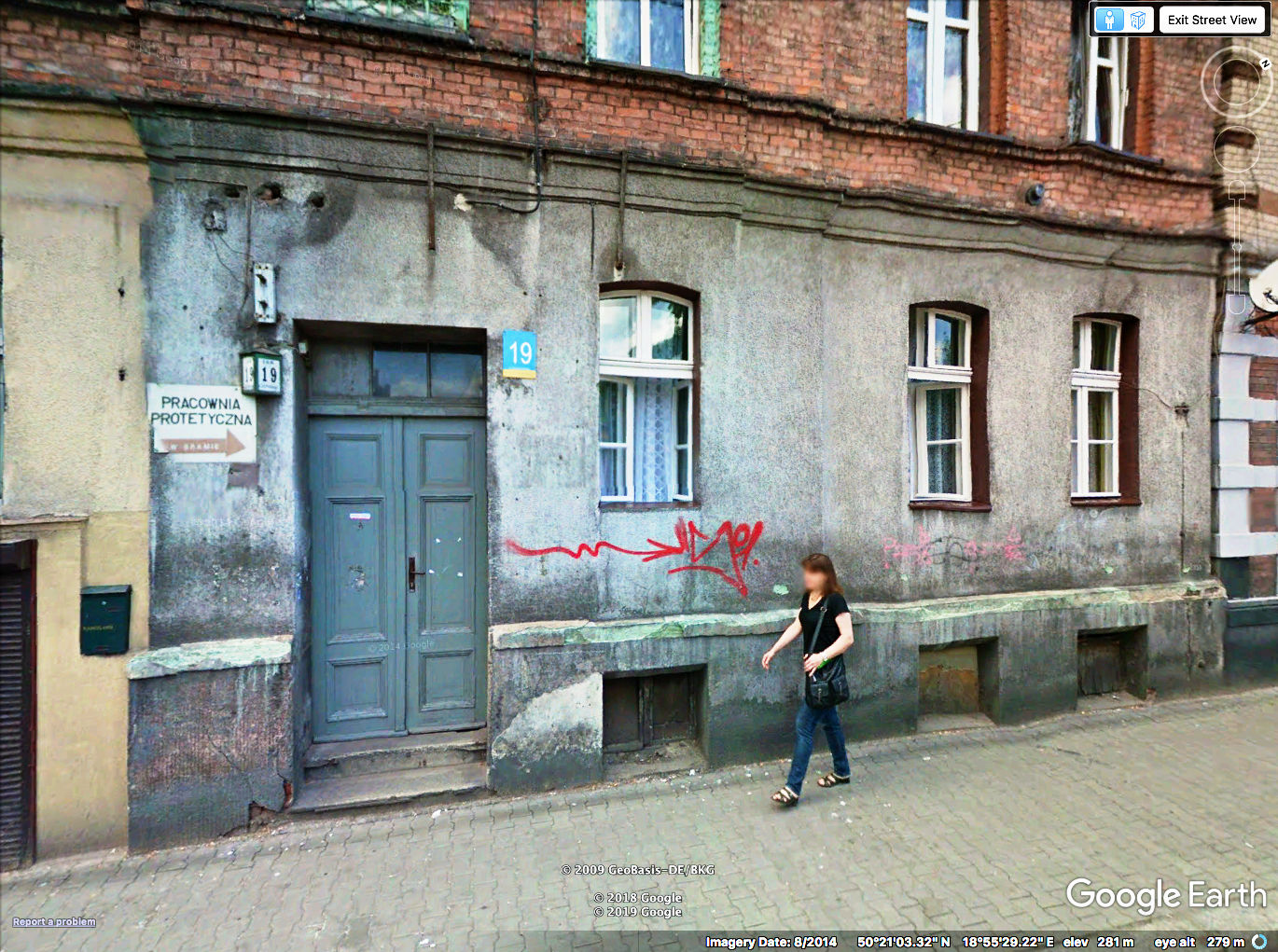 Unless clarified by OP, I doubt that it also had a street "Straße der SA". That may be an error, but my guess is that the certificate was misread. The woman was born in Rokittnitz/Martinau and then at the time of marriage living at the given address in Beuthen?

The village of Rokittnitz/Martinau is with 7845 inhabitants in 1939 just a bit too small to be a probable candidate for containing such a street name:

Here is an address book of Beuthen and Martinau, from 1937. The street in Beuthen was apparently renamed after 1937 (?), as there are still people living at the Feldstraße, like Czerwensky, Peter. For Martinau as well, there are no entries for "Straße der SA" in 1937. But perhaps OP can find the maiden name of his mother and a 1937 street name address. Alternative versions with some maps at Martin-Opitz-Bibliothek.

Not the answer you're looking for? Browse other questions tagged nazi-germany poland silesia or ask your own question.

9
Why was Salzburg called „Stadt der Lebensforschung“ by the Nazis?
9
What happened to the Polish Calvinists?
13
Did the German authorities respell Polish names to be more German during the time of the German Empire?
12
What land did Polish nationalists claim in 1914?
18
What is the name and meaning of a World War 2 CCC Medal with both the Polish Eagle and British Statant Gardant Lion?
1
What is the name for the very first Polish state likely established around 966 by Mieszko I through baptism of Poland?