Who said “one can be a powerful king with a very small sceptre”?

Anne McElvoy, senior editor at the Economist, wrote the following in a recent column:

As a mistress of Louis XIV waspishly remarked, one can be a powerful king with a very small sceptre.

The quote appears exactly once in Google's index -- in the above-mentioned column. I presume she meant Louis XIV of France, so I searched a few possible translations and wasn't able to locate the quote in French either.

Assuming the quote is correct, or that there's a similar quote that I missed, what is the actual quote, which of Louis XIV's mistresses said it (assuming it was indeed one of his mistresses), and in what context?

The 'author' of this interesting remark would appear to be Catherine Charlotte de Gramont (1639-1738) who was Princess of Monaco as the wife of Louis I of Monaco.

The Princesse de Monaco, who was generous with her favors, was heard to remark gaily of Louis’s penis that, although his power was great, his scepter was very small, unlike that of his cousin Charles of England.

Translation: After a few deliveries [i.e. the births of her children with Louis I], she went to Paris where she landed a place of honor in the suite of Henriette d'Orléans, the wife of the king's brother.... the account of the Princess of Monaco herself, who claimed that the power of the king was great, "but his sceptre is very small, unlike his cousin Charles of England". 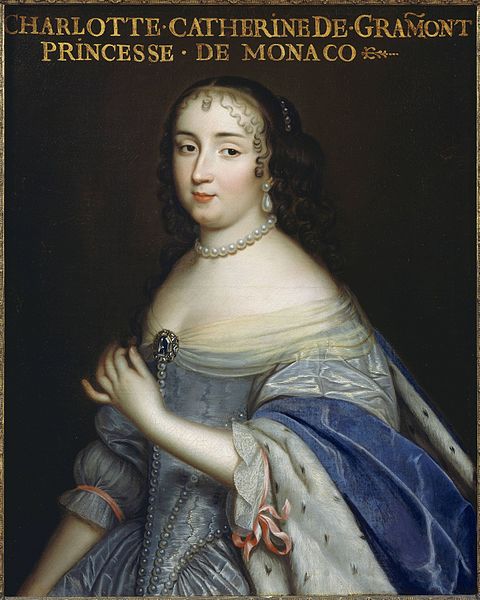 Catherine-Charlotte de Gramont was Louis XIV's mistress for a few months in 1666 and / or 1667; the affair ended when Catherine's ongoing liaisons with her cousin, Antoine Nompar de Caumont (comte de Puyguilhem), and Armand de Gramont (comte de Guiche) threatened to embroil the French king in more scandal than even the court at Versailles could handle. However, while Catherine's observations on Louis XIV's 'sceptre' came from personal experience, there does not appear to be any evidence that she ever had affair with Charles II of England. It's not hard to imagine, though, that she picked this up from court gossip and, perhaps used it spitefully (as noted below by LangLangC's citation of Antonia Fraser) when she was banished from the court in 1668 for yet another affair.

As LangLangC has pointed out in a comment below, this is hearsay - but that may well be all we have. Neither of two contemporary sources, The memoirs of the Duke of Saint-Simon on the reign of Louis XIV and the regency nor the three volume Memoirs of Mademoiselle de Montpensier (vol. 1, vol. 2, vol. 3) make any mention of this quote.

The Princess' supposed remark is mentioned in Jean Teulé's 2008 historical novel Le Montespan, a copy of which can be downloaded for free here. The book won the Grand Prix du roman historique, though presumably more for its literary merits than historical accuracy.

Not the answer you're looking for? Browse other questions tagged france quotes or ask your own question.

2
Who said “Nature that framed us of four elements … doth teach us all to have aspiring minds.”?
6
Who said, “Watch your thoughts, they become your words”?
13
Did Diderot say “Men will never be free until the last king is strangled with the entrails of the last priest”?
9
Who first said “Ask not what your country can do for you, ask what you can do for your country.”?
28
Who said: “Armies prepare to fight their last war, rather than their next war”?