What is the full text of the song about the failed battle of Kiska?

I came across a mention of the song about the failed battle of Kiska in the audiobook "The Rising Sun". I started googling, but found only two mentions, both on Google Books. Is there the full text of the song available? 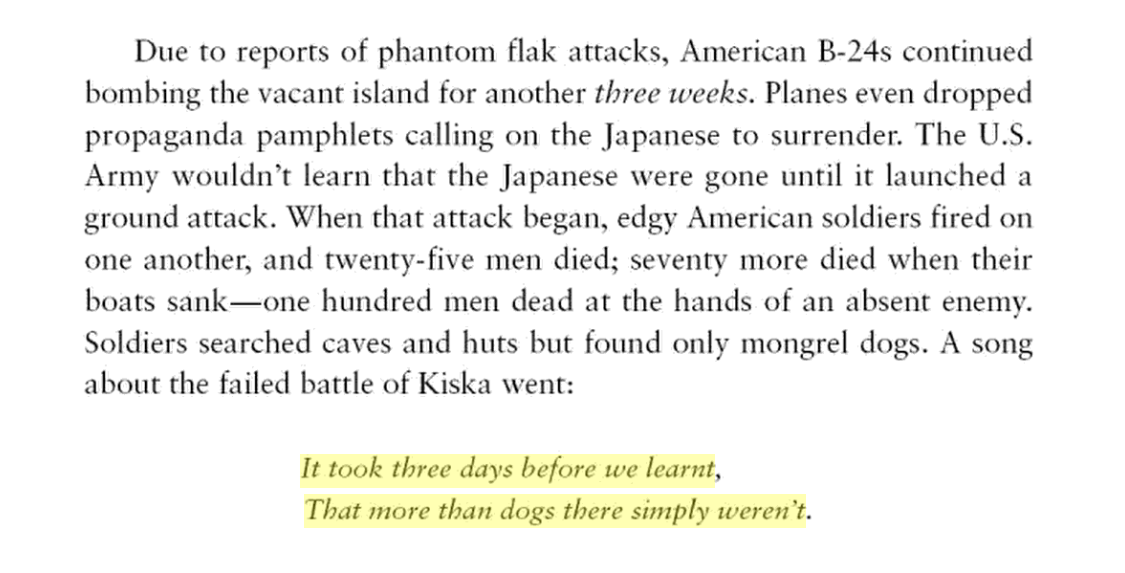 If the question is offtopic on History, feel free to move it to Literature SE.

The song is titled "Tales of Kiska", it's full text is located in the book Aleutians, Gilberts & Marshalls, June 1942-April 1944. 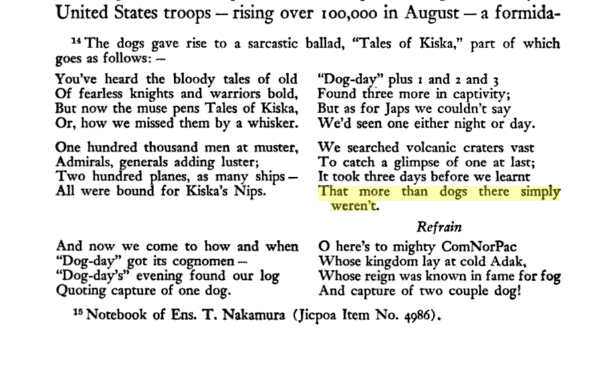 18
Is Snyder's claim about Soviet-German friendship propaganda posters (1939‒41) supportible?
3
Why was there an increase in literature regarding fire safety in America during the 1970s?
8
Why were Japanese submarines not able to defend in the Battle of the Philippine Sea?
2
Autobiographical books about the Atlantic war for WWII from the allied perspective
3
What was so technologically advanced about the snorkel?
14
What are the tabs/spaces for in the Beowulf text
6
What were Helfrich's orders for Doorman in 1942 prior to the Battle of the Java Sea, and did he comment on these in later life?
42
In the Battle of the Coral Sea, how could two Japanese scouts grossly mis-identify two American ships?
2
How could I find the original text of Leonardo Da Vinci's fable "La fiamma e la candela"?