Was WWII Systemic Drug Use by Axis and Allies Supported By Scholarship?

Both sides in WWII widely used addictive drugs in an attempt to boost the performance of their soldiers and sometimes even their leadership. The American Military institutionalized this practice in the Korean War.

History and culture of substituted amphetamines
During World War II, amphetamine and methamphetamine were used extensively by Allied and Axis forces for their stimulant and performance-enhancing effects. the addictive properties of the drugs became known, governments began to place strict controls on the sale of the drugs.

My Question: Were there any studies done during WWII which demonstrated this performance boost? Or was the mere fact that the highly successful (early on) German army was doing it enough to get the allies to buy in? 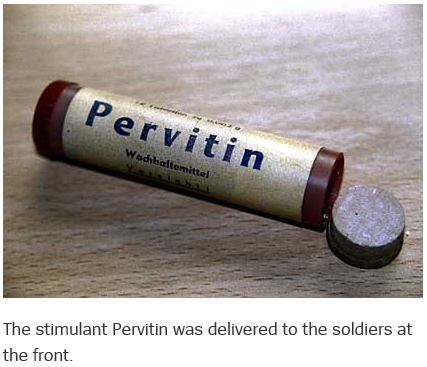 Spiegel Hitler's Drugged Soldiers
Many of the Wehrmacht's soldiers were high on Pervitin when they went into battle, especially against Poland and France -- in a Blitzkrieg fueled by speed. The German military was supplied with millions of methamphetamine tablets during the first half of 1940. The drugs were part of a plan to help pilots, sailors and infantry troops become capable of superhuman performance. The military leadership liberally dispensed such stimulants, but also alcohol and opiates, as long as it believed drugging and intoxicating troops could help it achieve victory over the Allies. But the Nazis were less than diligent in monitoring side-effects like drug addiction and a decline in moral standards.

Washington Post: High Hitler: The Nazi Leader was Meth Adict says New Documentary
Based on details in a 47-page American military dossier compiled during the war, Hitler was taking a cocktail of 74 different drugs, including a form of what is now commonly known as crystal meth. He also took "barbiturate tranquilizers, morphine, bulls' semen," according to reports........... The nickname for Pervitin in Germany was Panzerschokolade, or "tank chocolate."

The German Granddaddy of Crystal Meth
Crystal meth is notorious for being highly addictive and ravaging countless communities. But few know that the drug can be traced back to Nazi Germany, where it first became popular as a way to keep pilots and soldiers alert in battle during World War II.

Harvard Press: Speed Culture pg 18
World War II probable gave the greatest imputus to date to legal medically authorized as well as illicit black market abuse of these pills on a worldwide scale. German Panzer troops, according to one source, used methamphetamine to eliminate fatigue and maintain physical endurance. It is at least possible that some of their excesses and atrocities were the result of abuse of amphetamines. This has been corroborated by a German commentator, who noted that "Troops who have been given Benzedrine or pervitin [methamphetamine] are very useful in modern battle conditions when used in mass attacks." But the German Army was by no means the only large-scale consumer of amphetamines during World War II: the Japanese used as much or more; and according to British war statistics, 72 million standard-dose amphetamine tablets were distributed to the British Armed Forces alone. Although the United States Armed Forces did not authorize the issue of amphetamines to servicemen on a regular basis until the Korean conflict, Benzedrine was used extensively by Army Air Corps personnel stationed in England in the 940s, and it was an open secret that many pilots engaged in an bootlegging operation to supply troops in Africa, Europe, and eventually the Pacific. Amphetamines were also easily obtainable from military medical officers and aides. The amount of Benzedrine supplied to the United States servicemen by the British has been estimated at nearly 80 million tablets and pills, and probable another 80 to 100 million were supplied by US medics. If only 10 percent of American Soldiers ever used amphetamines during the war, over 1.5 million men must have returned to this country in 1945 with some firsthand knowledge of their effects. One of the most revealing findings of Monroe and Drell's 1946 study was that only 14.4 percent of the 264 self admitted Benzedrine abusing prisoners had taken amphetamine before entering service; 27.2 percent had been given amphetamine pills by Army medical personnel.

.
Allied Forces Dosed Their Troops With Amphetamines After Seeing The Nazis Do It, New Doc Claims

On concern first sentence of the question not being supported.

@jamesqf - Especially the claims that such drugs were actually addictive. AFAIK there is no evidence showing a large body of addicted ex-soldiers, or a large black market in them, after the war. Indeed, most of the supposed drug problems in the decades after the war seem to have involved heroin & marijuana, neither of which would be beneficial to soldiers. – jamesqf

iatrogenic - : induced inadvertently by a physician or surgeon or by medical treatment or diagnostic procedures

American journal of public health
Using historical research that draws on new primary sources, I review the causes and course of the first, mainly iatrogenic amphetamine epidemic in the United States from the 1940s through the 1960s.

This was studied in Germany.

First it was expert testimonial by empirically experienced medics, then it was seen as results in the field and tested on regular soldiers, and finally on a lot of involuntary subjects from concentration camps.

Nazi researchers found that equipment-laden holocaust victims (inmates from Sachsenhausen concentration camp) could march in a circle for up to 90 kilometers per day without rest while carrying a 20 kilogram backpack.

But as the allied side also used this in the form of benzedrine it is questionable that the long known effects of cocaine and amphetamine would classify as "German invention".

More on this in Nicolas Rasmussen: "Medical Science and the Military: The Allies' Use of Amphetamine during World War II", The Journal of Interdisciplinary History Vol. 42, No. 2 (Autumn 2011), pp. 205-233 (jstor)

Showing that military interest in this started well before the war:

The Flying Personnel Research Committee (fprc), organized shortly before the war by the Air Ministry and chaired by Edward Mellanby - the head of the Medical Research Council - included military men alongside academic scientists as active participants. The British studies (like the American) can be roughly grouped into two categories, field studies by the military and lab studies conducted by civilian experts. From the outset, the British hoped for true performance enhancement from the amphetamines, and not just a new "wakey- wakey" pill to replace the venerable caffeine

That is: both sides explored the potentials of these drugs before the war and not just after seeing German troops perform in blitzkrieg. 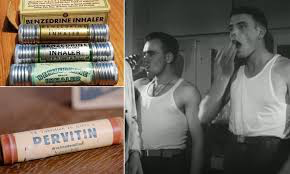 28
Was any stimulant used in wars before WW2 that gave a significant advantage to soldiers?

6
In U.S. military forces, did black soldiers suffer a heavy racial segregation during World War II?
31
Given their reputation for fighting to the last man in the Pacific, why did 700,000 Japanese troops surrender in Manchuria?
8
Was von Manstein's Lack of Success at Leningrad (and later Stalingrad) due to the failure of German military intelligence?
13
Why did the Allies lose the Battle of France (1940)?
28
Was any stimulant used in wars before WW2 that gave a significant advantage to soldiers?
9
How important was the Suez Canal to the Allies during WWII?
0
What quality were Japanese troops in Japan in 1945?
2
How have estimates of the deaths in WWI and WWII changed over time?