What rectangular object would is this Boer War era officer carrying on his left hand side?

The screenshots are from 32:34. This scene portrays Lt Col Philip Robert Anstruther at the Battle of Bronkhorstspruit, played by Kerry Jordan.

I know this is a movie, but what rectangular object are my green arrows marking? If you watch the scene, you can see it swinging?

It appears to be a document/map case, as noted in comments. The style changed over time, but was a staple of every officer's kit. I doubt very much that it is tied to the officer's hand. It is more likely slung over his shoulder, and he has grabbed it momentarily to keep it from swinging. 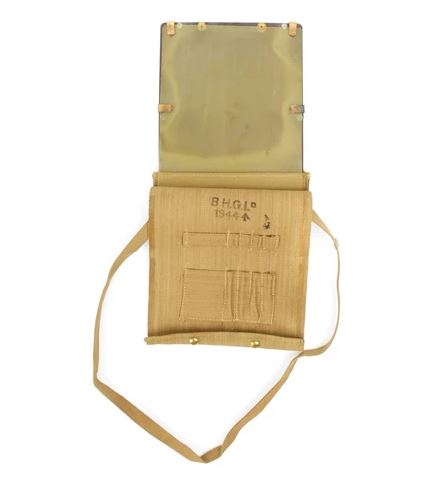 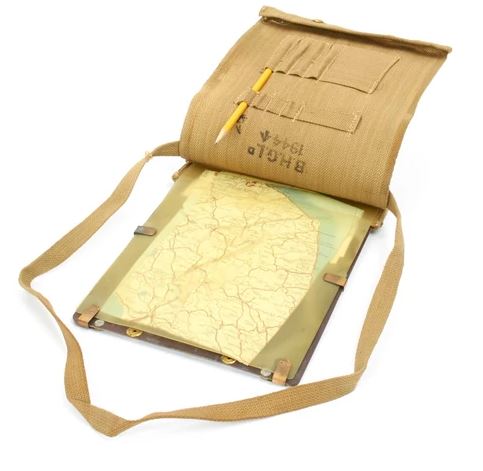 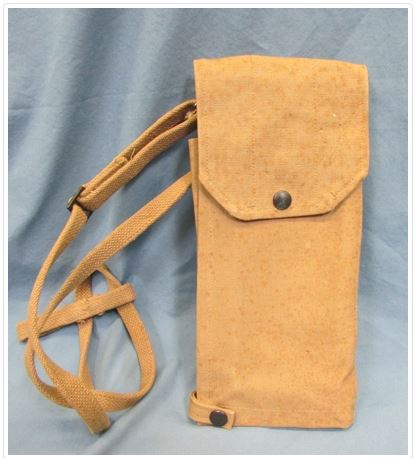 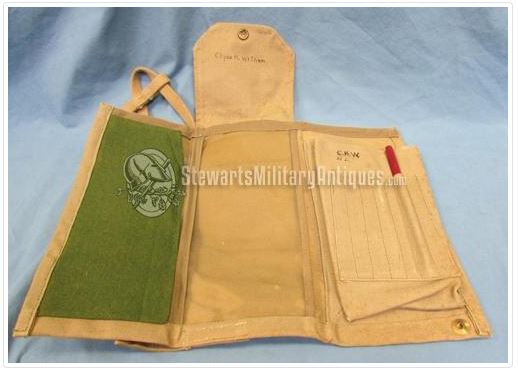 Other styles of map cases, of various eras, from Australia's Museums Victoria collections:

It appears to be a sabretache. 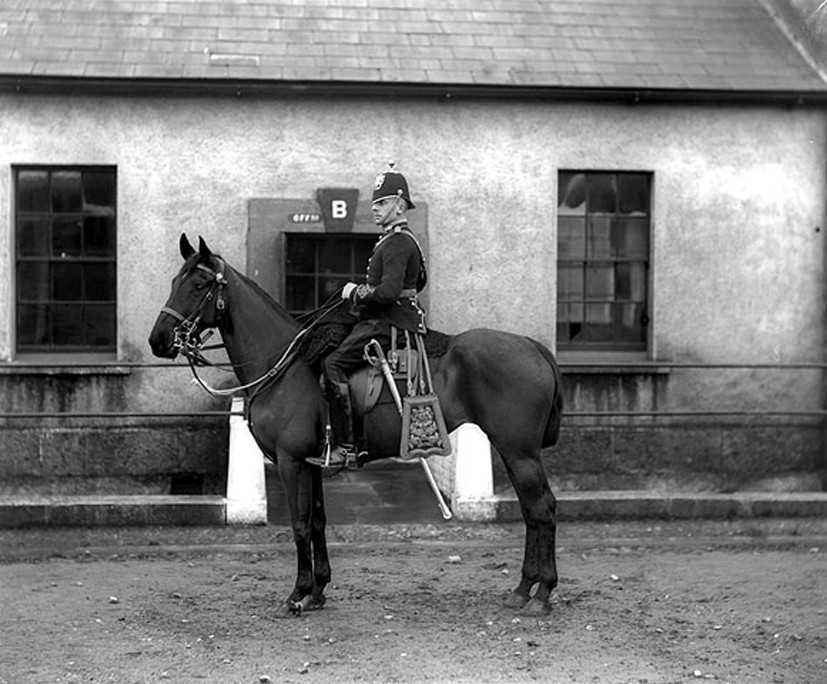 The Royal Horse Artillery still use them for ceremonial events but whether they used them in the field during the Boer War I don't know. That also assumes this is meant to be an artillery officer. It is certainly only something a person who usually moves around on horseback would wear given how low to the ground it hangs.

I suspect this sabretache has been conflated with the dispatch/map pouch already mentioned as is a mistake by the costume department.

Not the answer you're looking for? Browse other questions tagged victorian or ask your own question.