Why command hierarchy, if the chain of command is standing next to each other?

I don't understand this command hierachy:

Similarly, an officer is usually expected to give orders only to his or her direct subordinate, even if it is just to pass an order down to another service member lower in the chain of command than said subordinate.

Especially in this scene, isn't command hierachy too unproductive and redundant? I can understand if the Col and Maj weren't standing together side-by-side, but here they are. 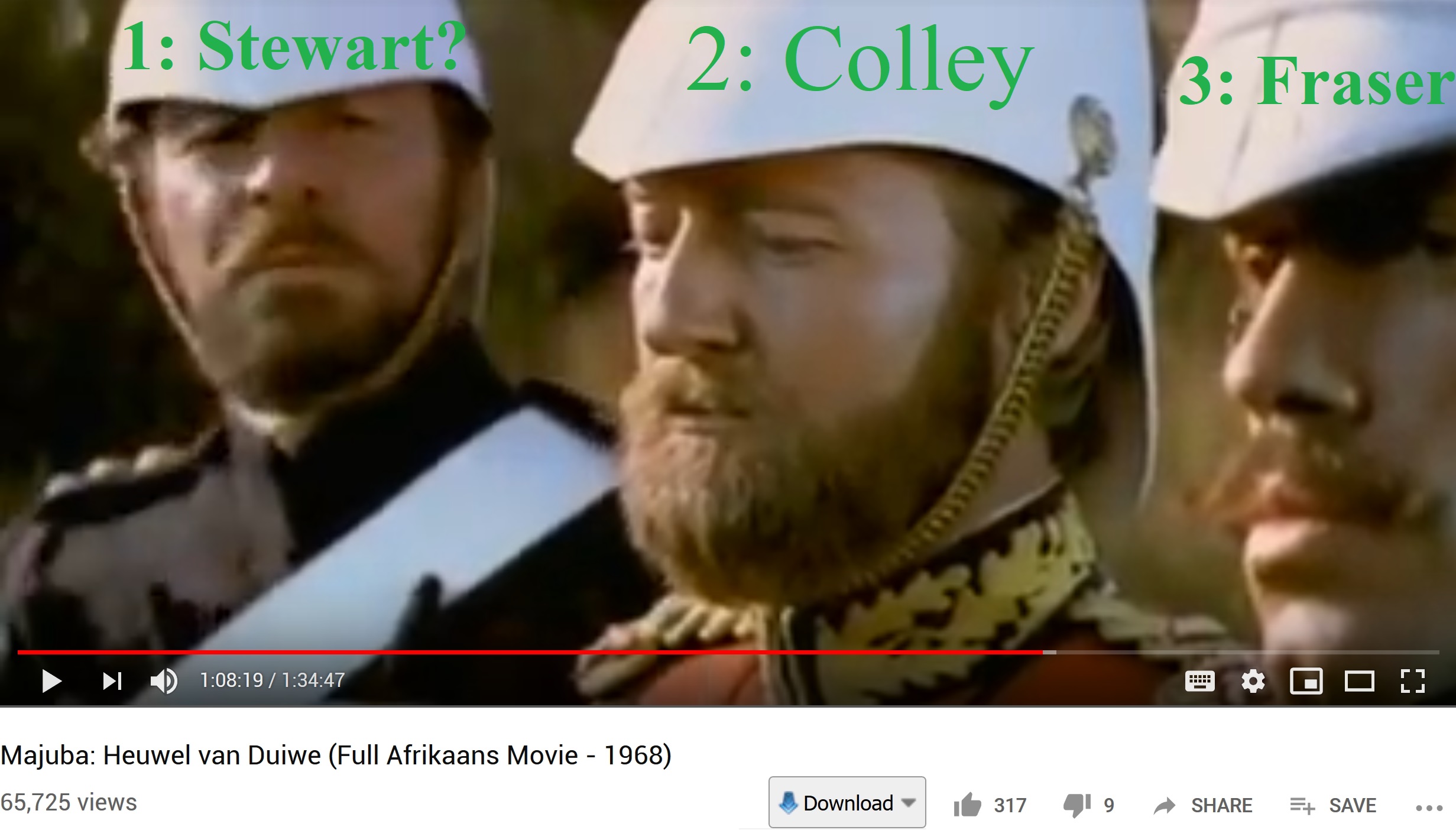 Ref. Das Boot showing a similar chain of command (although only with one additional person). The lieutenant commander gives orders to the watch officer, who passes them below deck. The commander could pass them himself, but doesn't, for the same reasons the officers in your movie don't. Hunt for Red October has a similar scene, and they are really on a timer...

There are several factors in play here.

I hope these are enough examples showing why "skipping" chain of command is generally a rather bad thing to do. There are more, but I figured these should be enough to illustrate the point.

If the officers are standing right next to each other like here, the delay is only a few seconds, if even that much, so it doesn't really matter anyway.

This is absolutely no different from a modern office environment. The only person I take orders from is my supervisor. Anyone above/outside him will be politely told, "I need to check that with Mr. M." or "Please coordinate that through Mr. M". (In many cases it is illegal for me to take direction from anyone other than Mr. M.; it can result in civil/criminal penalties).

In a high stress environment, you want someone you trust to take care of you. Guns going off, bullets and shells killing people to the left and right of you. You want to listen for and hear one voice. You do not want any confusion. From the point of view of the tip of the spear, there is no chain of command; there is only the guy who you trust to pull your fat out of the fire. Senior officers can jabber all they want and can issue commands to a dozen different units; that's all noise until your guy says the words.

From the top down, you don't want soldiers and sailors listening to and decoding all the orders (not cause you don't trust them, but because you want them focused on the enemy.) If you're going to issue commands to a dozen units, or if you're going to issue commands to only one, you want those commands to be carried out. The guy who is closest to those troops is the best/most capable of ensuring that. Of knowing what words will motivate the appropriate urgency.

When I was military we ran annual exercises, many of which ended in disaster - usually because some mid level officer used a word in a context that made sense to a senior officer, but didn't match the tactical training. The best example I can give is the year that someone issued a report that said that orange forces conducted a strike on position X. Half an hour later the entire exercise was in shambles, because to the operators "strike" was used only for nuclear weapons. Conventional forces "attack" a position, but strategic forces "strike". (not strictly a chain of command example, but I hope it illustrates the importance of knowing how the recipient of the orders uses the words).

The reason you've got those mid level officers is to understand the strategic objective and to deploy the right tactical resources to get it done.

Why are they rigorous about it? Because the military is centuries of tradition, and one of the primary traditions is to avoid progress unless necessary. The machine works because all the participants known and understand their roles.

I acknowledge my own hypocrisy; this is an answer with no resources/citations. I hope it adds something to the other answers

As stated by this British Army Doctrine Publication, an clear chain of command

strengthens integration between formations and units and enhances unity of effort. Subordinates must be in no doubt as to the command state within which they are operating, to whom they are responsible and for what.

The chain of command in the British army at the turn of the 20th century was far from ideal (on which more below), but first a few other key points on the benefits of an effective chain of command.

Commanders are responsible for everything their command does or fails to do. However, commanders subdivide responsibility and authority and assign portions of both to various subordinate commanders and staff members. In this way, a proper degree of responsibility becomes inherent in each command echelon.

The article The Successful Lieutenant by Captain Christopher J. Courtney in the Military Intelligence Bulletin gives the following advice to Lieutenants, pointing out the need to let those below you in the chain learn how to command. If senior officers are the only ones giving orders, others are being denied the chance to develop as leaders.

Lead Through Your NCOs. You must do everything you can to empower, support, and resource your platoon sergeant and squad leaders. Let them execute your orders without excessive guidance and interference....You should seldom, if ever, give an order directly to an individual soldier. As a rule of thumb, you give orders to the platoon sergeant and squad leaders who execute the mission. In addition, do not let your soldiers jump their chains of command to see you, except in rare cases, such as equal opportunity or sexual harassment. Allowing soldiers to jump the chain of command cheats your NCOs out of the chance to lead and weakens the overall leadership of the platoon.

The chain of command in the British army up to and including World War I was undermined by social hierarchy, mistrust and a lack of meritocracy, despite the abolition of the Purchase of commissions in the British Army in 1871. On the British military,

For example, during World War I the army chain of command on the western front was accused of being rigid and unresponsive, in part as a result of an overweening deference to authority and hierarchy among army personnel.

The command structure was based on obedience to superiors and suspicion of subordinates. . . . Inhibitions existed at every level. Orders were issued at the top and fed down the line; there was little traffic in the other direction

In an effective chain of command, superiors must demonstrate their trust in subordinates. Breaking that chain by going directly to a subordinate of a subordinate - except in unavoidable circumstances - would be showing a lack of respect and / or confidence.

Hardly an "academic" answer, I'm a middle-aged (alright, elderly) woman with no military experience, though from a family of soldiers - but it seems blindingly obvious to me. Officers have to communicate with each other, and with those under their command, clearly and unambiguously. A non-military analogy (with no inferences re hierarchy to be drawn!) -

Mum: No, I'm just about to dish up dinner.

Kid, going to another room: Dad, can I get an ice-cream?

Dad: Sure, son, here's some money!

Duty to Refuse: An additional aspect not yet covered in any answer is that (in an American context), every officer has a duty to refuse unlawful orders (as do the enlisted), and NO duty to "follow the orders of the president and the offiers appointed over me". That quote is only present in the Oath of Enlistment, not in the officer's oath. By following the chain of command even in close proximity, every officer has been given an opportunity to exercise his duties.
Right to Remove: Finally, if the senior officer present wishes to override a subordinate's balkiness, he must remove that officer. This he may do at will, but until he does, the men under the subordinate officer's command remain more tightly bound to the subordinate's orders.

Please consider this answer a supplemental offering to any other answer.

Not the answer you're looking for? Browse other questions tagged military victorian or ask your own question.

8
What is the history of standing armies in India?
8
What uniforms did each of the American Civil War regiment wear during First Bull Run / First Manassas
21
Why didn't the Persians make and use ballistas and other kinds of artillery?
8
Why did Frederick the Great do so much worse against the Russians than against his other enemies in the Seven Years' War?
5
Was it not possible to exploit the gaps between each pre-modern melee formation?
11
Why didn't Emperor Gaozu of Tang let Crown Prince Li Jiancheng command battles more often?
53
Has there ever been a case when a traitorous military commander took command again for the side he betrayed?
0
How rigorously do combat engineers follow command hierarchy?
1
Is there an example of 2 opposing military forces both attempting pincer movements on each other?