Vietnam war: did infantry really have to clear the way for tanks as depicted in “Full Metal Jacket”? [closed]

In the Stanley Kubrick movie "Full Metal Jacket" a soldier being interviewed tells the reporter that his platoon's job is to pave the way for the tanks because the army doesn't want its tanks to run over mines or get blown up by shoulder fired rockets.

This of course would be an absurd policy, to use frail human soldiers to protect armored vehicles. You'd think it would be the other way around.

Was this a plot device by the filmmaker to further illustrate the absurdity of that war, or did this actually happen?

Tank commanders don't just stand on top of their tank because it looks awesome. 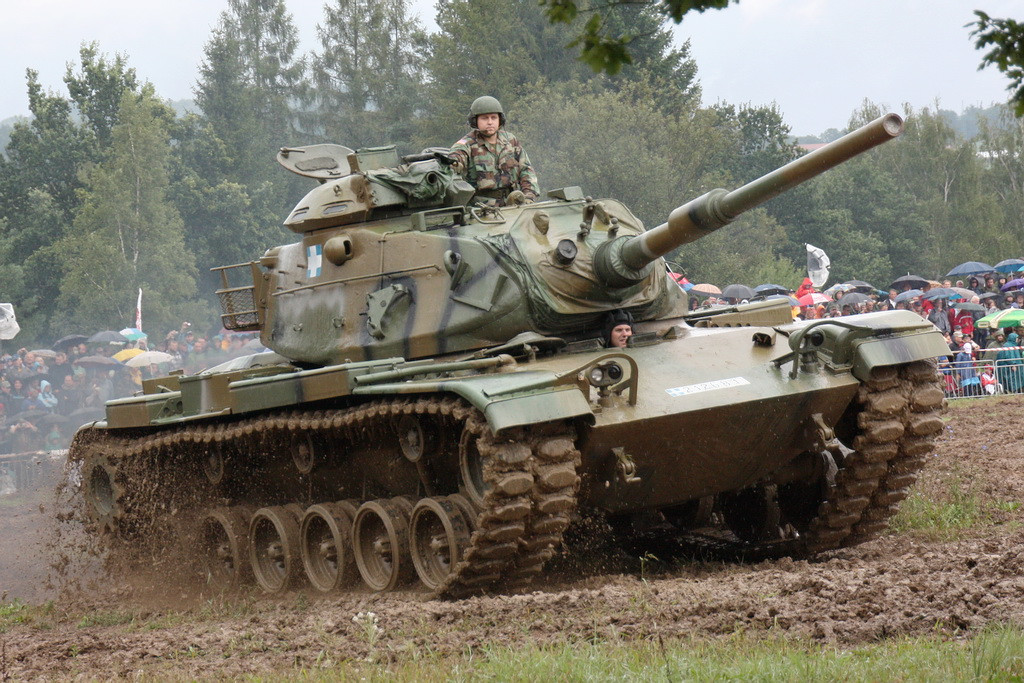 They do it so they can get a good look around. Inside a tank the commander is blind and deaf. They're inside a very loud metal box looking out through little slits and narrow scopes. Paradoxically its safer for a tank commander to be exposed outside the armor looking for threats than to be blind and deaf under armor.

This works in open terrain where the commander can see threats coming and have time to react. Infantry is less of a threat in open terrain. There's less concealment, and infantry anti-tank weapons are short ranged; about 300 meters or much less at that time.

To make efficient use of their weight tanks have most of their armor in the front. Less on the sides. And little in the top, bottom, and rear. Ideally a tank is always facing its enemy with its thickest armor forward. Enemies which get to the flanks and rear of a tank can more easily get through the armor. There's a famous example of a US army scout car killing a King Tiger with a 37 mm peashooter because it was able to get behind it and fire into the thin rear armor.

Blind, deaf, and vulnerable in the flanks and rear, a city is a nightmare for an unsupported tank. In a city a tank is a loud, large target. Visibility is limited. Ranges are short. There's lots of concealment for scouts, snipers, and anti-tank weapons who all know you're coming. There's lots of rooftops an enemy can drop a grenade or fire a rocket from. An a city a tank commander outside their cupola risks getting shot by a sniper. In a city, suddenly one man with a $500 RPG-7 can sneak up on and destroy your $300,000 (in 1970) tank.

In a city, a tank needs the infantry to be their eyes and ears. Ideally the infantry should be leading and covering the flanks, and the tanks should be following close behind ready to provide fire support. If the infantry runs into a tight spot they can call the tank forward. The infantry provides cover and suppressing fire for the tank's flanks and rear. The tank advances on the strong-point and suppresses it.

However it doesn't always work out that way. Sometimes the tanks don't support the infantry close enough. Sometimes there's poor communication between the infantry and the tanks. Infantry need specialized training to work effectively with tanks to know their strengths and weaknesses. Military History not Visualized has a good video on how German Armored Infantry were trained to coordinate with tanks.

The the infantry Full Metal Jacket are not armored infantry. They don't have special training to work with tanks and probably don't appreciate a tank's weaknesses. To them it seems absurd they have to go in before tank with the armor and the huge gun. In that respect the filmmaker was using it to demonstrate the absurdity of war, but the situation is real.

No, it's not. It's standard. Combined Arms does not mean everybody hides behind a tank. It means different arms support each other, using their respective strengths and mitigating each other's weaknesses. In this specific case it means the tanks do what they do best: kill from range. And the infantry does what they do best: go close and personal and spot the threat that the tankers in their metal cans cannot see.

One random dude with an anti-tank mine or rocket launcher is dirt cheap compared to a tank and a serious threat if the tank cannot gain the advantage of range and open terrain. You don't want to send your most costly units to get wasted by a punk with a shoulder-mounted weapon that hid behind a wall. You want to detect that guy and kill him, before he gets his shot. And infantry does that job best.

Not the answer you're looking for? Browse other questions tagged vietnam-war tanks or ask your own question.