Did the Byzantines ever attempt to move their capital to Rome?

Why was Constantinople (almost) always the capital of the Byzantines?

I understand they did not have Rome under their control until the AD500's, but is there any specific reason why the Byzantines did not move to the historical Roman Empire capital of Rome?

No, they did not try to move their capital to Rome, but the Emperor Heraclius at one point--around 620 or so when the war against Persia was going very badly--did consider moving the capital even farther west to Carthage (not quite as strange as it sounds since his father had been exarch of Africa and it had been the power base from which he had seized the throne a decade earlier). By the way, they did of course move their capital after a fashion (to Nicaea) in 1204 when the crusaders took Constantinople.

It may be worth reflecting that, if your capital is the most easily defended city on the planet, moving it if you don't absolutely have to is probably unwise

After Justinian's reconquest of Italy, the Empire didn't even govern Italy from Rome...the exarch of Italy was located in Ravenna.

However, it is NOT true (though a common misconception) that the Empire controlled Rome for only a couple of decades after the reconquest. It was closer to a couple of centuries...Rome was not one of the cities the Lombards were initially successful in conquering when they invaded in 568: 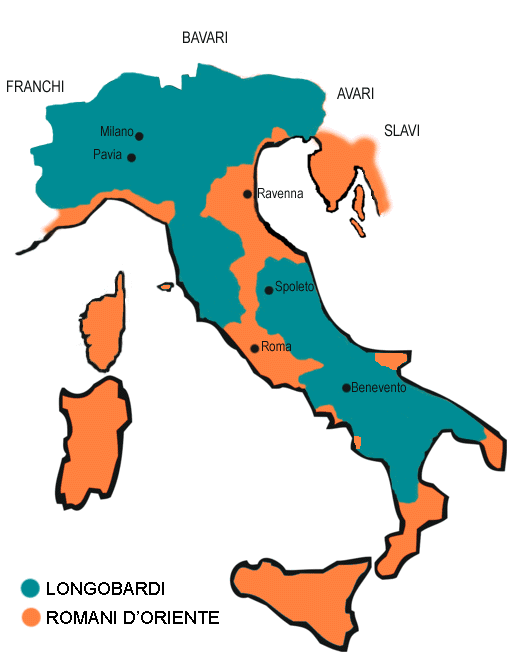 In fact the Byzantine control of Rome was of great historical significance, since it meant the Empire controlled the Papacy. And one of the reasons the Lombards were able to destroy the exarchate of Ravenna in the mid-8th century was that the Papacy split with the Empire over the iconoclasm controversy. Even after that the Empire retained a small foothold in Southern Italy until the 11th century, whilst the Lombards held the northern lands of the exarchate that they had conquered in 750-751 for only five short years before Pepin the Short forced them to give them to the Pope, thus creating the Papal States.

The history of Italy from the mid-6th to the mid-8th centuries is a little more complex than the one sentence "and then the Lombards came" summary that it usually gets in school.

The Early Middle Ages were not kind to Rome, and the long destructive war to recapture it didn't help things. By the time the dust settled, Rome had practically ceased to exist as a major city, with population estimates ranging from less than 50,000, to a tenth that* 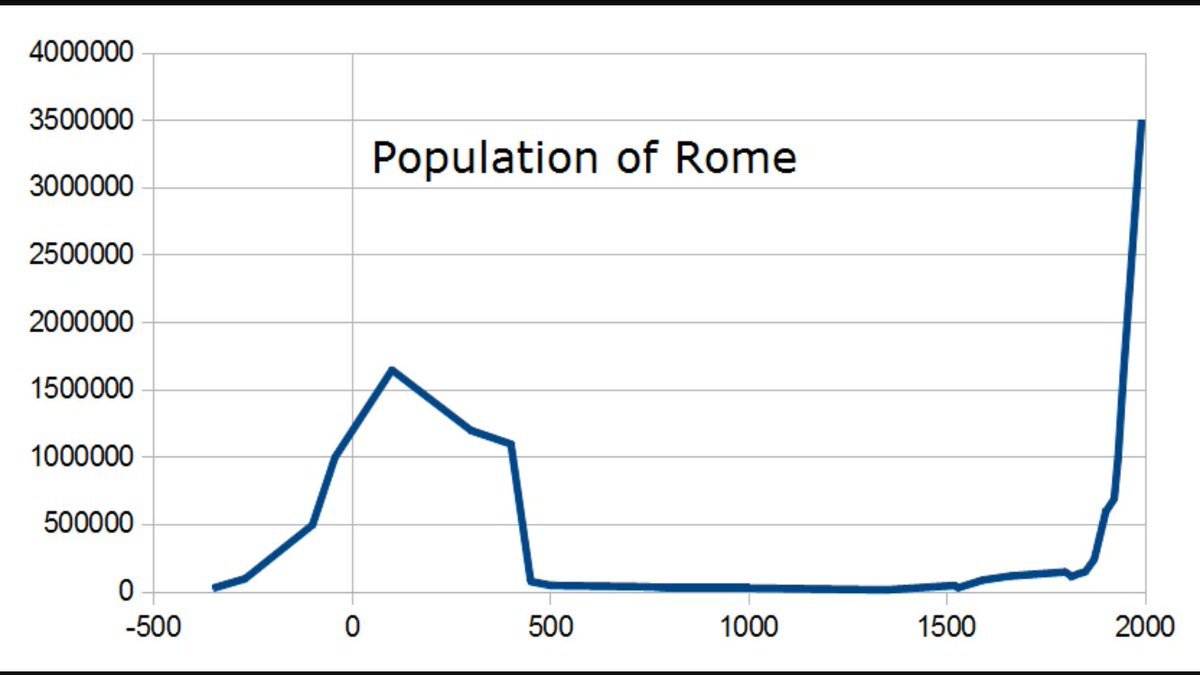 The rest of the peninsula didn't do much better. According to McEvedy and Jones, Italy was near its lowest population in its recorded history at that time (and would hit it around 600AD). So its not like there was a huge latent reservoir of Italians waiting for a good chance to move back to Rome either.

Constantinople on the other hand was at a population high point, somewhere in the vicinity of 300,000 to 500,000 people* (prior to the Plague), making it far and away the largest city in Europe. It wouldn't surpass this level again until after the Turks captured it.

So there wouldn't be much value in moving to destitute Rome from rich Constantinople, and anyone an Emperor left behind to manage the great city after he left would control so many more resources that the tail would capable of wagging the dog.

Yes, an emperor could try to rebuild Rome, with an eye toward perhaps making it capital-worthy in the future. There's even some indication that Justinan was doing the former (if not shoot toward the latter). However, there was only about 16 years to work on that project before the Lombards invaded.

* - I personally tend to lean toward the lower numbers. Sadly, the graphs I could find online seem to prefer the higher ones. However, they should have the rough trends about right, if not the y-axis values.

Not the answer you're looking for? Browse other questions tagged roman-empire byzantine-empire rome or ask your own question.

66
Why did the Western Roman Empire collapse but not the Eastern Roman Empire?
5
Why did the Emperors leave Rome?
6
Why did not the Byzantines attempt to recapture the holy land from the Arabs?
22
How were Muslim Turks treated in Byzantine Empire?
2
In the Lombard period, could not the Byzantine Empire have occupied Rome?
36
What happened in Rome, when the western empire "fell"?
43
When did the Roman Empire fall according to contemporaries?