What caused the increase in world population rate around 1700's? 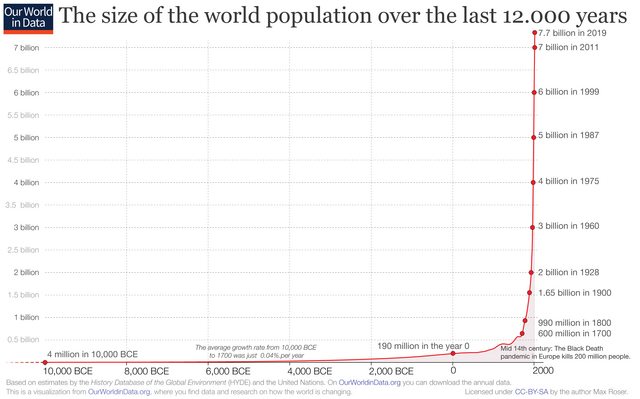 I'm confused because it is earlier then expected (as I understand things). First, efficient fertilizer production did not occur until the early 1900s, so food production was mostly constant (confer, Haber process). Second, preventative and curative medicine is rather modern and seems to be dated somewhere after the 1800's, and penicillin debuted the early 1900's (confer, History of medicine).

What caused the increase in world population rate around 1700's?

The general pattern of rapid population growth seen in early modern Europe around the 1800s (and to a more limited extent in the 1700s) is known as "stage two" of the demographic transition. Quoting from Wikipedia:

This stage leads to a fall in death rates and an increase in population.The changes leading to this stage in Europe were initiated in the Agricultural Revolution of the eighteenth century and were initially quite slow. [...]

The decline in the death rate is due initially to two factors:

A consequence of the decline in mortality in Stage Two is an increasingly rapid growth in population growth (a.k.a. "population explosion") as the gap between deaths and births grows wider and wider. Note that this growth is not due to an increase in fertility (or birth rates) but to a decline in deaths. This change in population occurred in north-western Europe during the nineteenth century due to the Industrial Revolution.

Europe was the first region to experience such a transition. A similar pattern spread to other parts of the world, on an increasingly rapid scale as various technologies were introduced into the twentieth century.

I can't give a cause for the population growth up to 1800, and the numbers are pretty much guesswork anyway, but I have a favourite theory about the cause of the exponential increase after 1800. I can even give you the month when the cause occurred. It was a Sunday (we don't know which one) in May 1765 when James Watt realized how to build an efficient reciprocating steam engine, which initially facilitated much cheaper exploitation of minerals and subsequently enabled industry to break free from the limitations of water power.

Industrialisation is what caused the prosperity which in turn enabled the two things upon which population growth has depended. First, the technologies and social organisation which reduced death from disease, particularly in infancy. Second, the production of food and basic necessities for a growing population. It all started on a sunny May day in Glasgow, in 1765, and the whole thing has depended up until about now on the exploitation of abundant fossil fuels.