What is the earliest recorded reference to a bubble floating in the air?

What is the earliest reference to a bubble floating in the air?

And I often, with a little tube, Made a soap bubble fly from the water.

Also, there's a picture of a monkey maybe blowing a bubble. 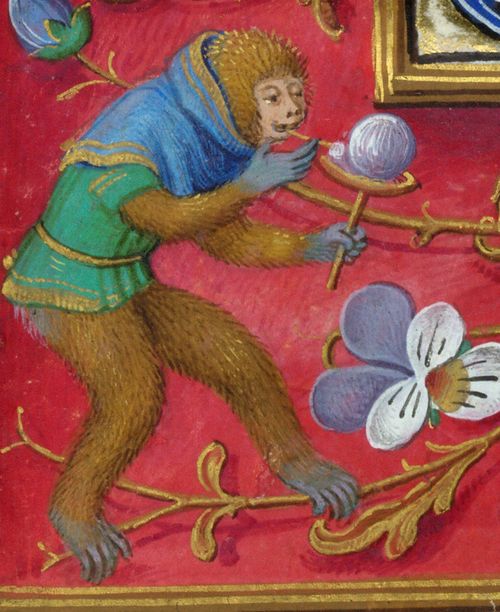 The text under the picture says

Detail from a full border of a monkey playing a game (possibly blowing bubbles?), from the Isabella Breviary, Southern Netherlands (Bruges), late 1480s and before 1497, British Library, Additional 18851, f. 470v

OK, it's not quite in the air but it's close. There are some better ones at http://willscommonplacebook.blogspot.com/2013/02/blowing-bubbles.html but they aren't as old. Here's one example from around 1617 in a picture called Homo Bulla by Karel van Sichem. 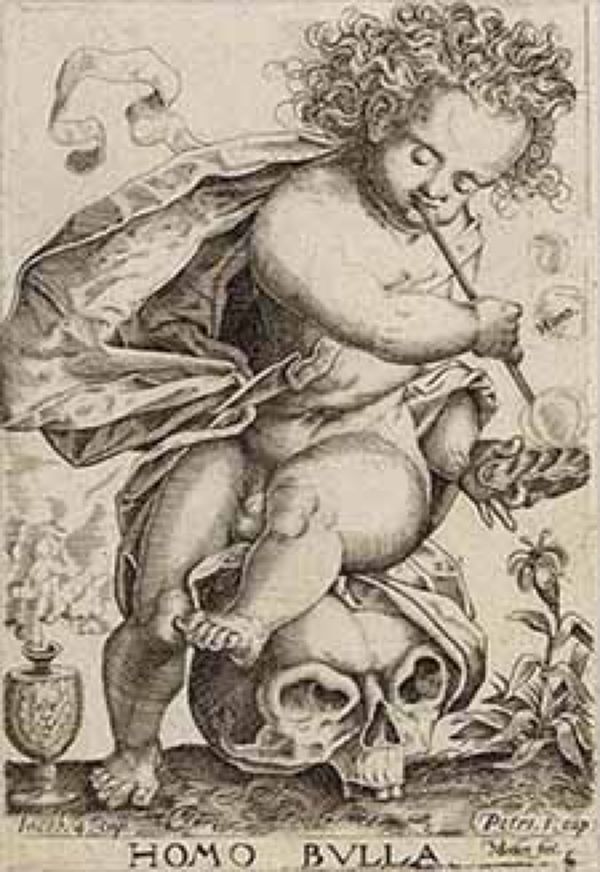 Not the answer you're looking for? Browse other questions tagged science everyday-life or ask your own question.

9
When did we discover air?
4
How long has western civilization known the body contains a significant fraction of water?
32
What was the first solar eclipse that was demonstrably predicted in advance?
11
When did scientists first postulate that Earth's atmosphere might have an upper limit?
8
What is the earliest known writing associating the number three with the dimension of the world?
5
What was the first scientific article to give a recognisably “modern” citation to another article?
16
What was the early understanding of static electricity shocks?
8
What happened when the Çatalhöyük burial holes were full and the houses had no more room?