Why were bridges and tunnels off Manhattan closed to evacuees on 9/11?

On 9/11/2001, following the second plane crash into South Tower, the Port Authority of New York and New Jersey closed all of the bridges and tunnels under their jurisdiction. The MTA Bridges and Tunnels also closed their crossings into Manhattan for at least a day after the attacks.

With half a million people on Manhattan Island and the Twin Towers on fire and collapsing, why did New York/Port Authority shut down all evacuation routes except for the ferries and re-purposed water craft?

Apparently this decision necessitated the largest maritime evacuation in history, in a location that relies heavily on non-maritime travel (50% subway, 17% rail, 14% bus ).

Why did officials choose to do this? Was this standard procedure for a fire, or a special exception made on 9/11 and if so why?

It was precautionary until some sense of scale for the attacks had been determined by U.S. intelligence agencies.

We know now that the four hijacked planes were the entire planned attack - but that was not known at the time. There was widespread fear that, particularly if a nation state was behind the attacks, that there might be additional waves coming. That's why Gander Newfoundland (with a population of just 11,600) found itself hosting over 7,000 stranded airline passengers for an extended period. 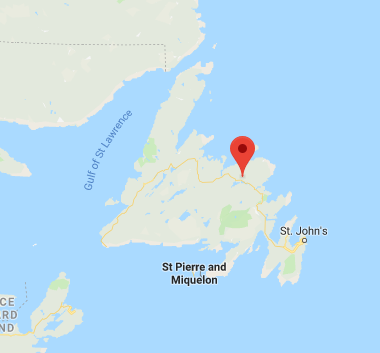 The concern would have been that any large conglomeration of people, in an area with walls that could magnify an explosion and predictable as such in advance, was a potential follow-up target. Tunnels, with the possibility of having both ends sealed off, and bridges with the possibility of bringing down the whole road surface, were seen as being particularly inviting possible targets.

Additional details on the response, by the U.S. Dept. of Transportation, are here courtesy of sempaicuba. Also, some links over the East River further north from WTC were kept open (pp 11):

To facilitate evacuation and emergency response the bridges along the East River were open for pedestrians leaving Manhattan and for emergency vehicles entering Manhattan.

Not the answer you're looking for? Browse other questions tagged united-states terrorism or ask your own question.

3
Why were all Y-12 operators of Manhattan Project women?
8
When was General Douglas MacArthur made aware of the Manhattan Project?
4
Why did America not know about Soviet espionage in manhattan project
3
How did Americans adopt processed and off-site butchered meat for domestic consumption in their food supply?
2
Why was the World Trade Center selected as a target by Al Qaeda?
9
Who were the four US Federal Deputy Marshals escorting Ruby Bridges?
3
19th century cabins: why were beds off the ground? Or weren't they?
0
How much support did America give to the scientists working on the Manhattan Project?