The one that I'm most excited about is Book of the Dead because it is a cohesive whole sort of like the Bible or Kalevala or something. I'm wondering if there are any other resources out there on the web (or if not, then in some library that is publicly accessible), which has more stuff in pure hieroglyphics. Ideally illustrations of hieroglyphics rather than photographs.

I completely looked through https://www.pyramidtextsonline.com/library.html, which is how I found the uchicago one, but they only have 3 or 4 more hieroglyphic-packed PDFs. Wondering if one knows of any other larger pure hieroglyph collections. Ancient Egyptian Literature suggests there are these that might be in hieroglyphics:

This is looking good. 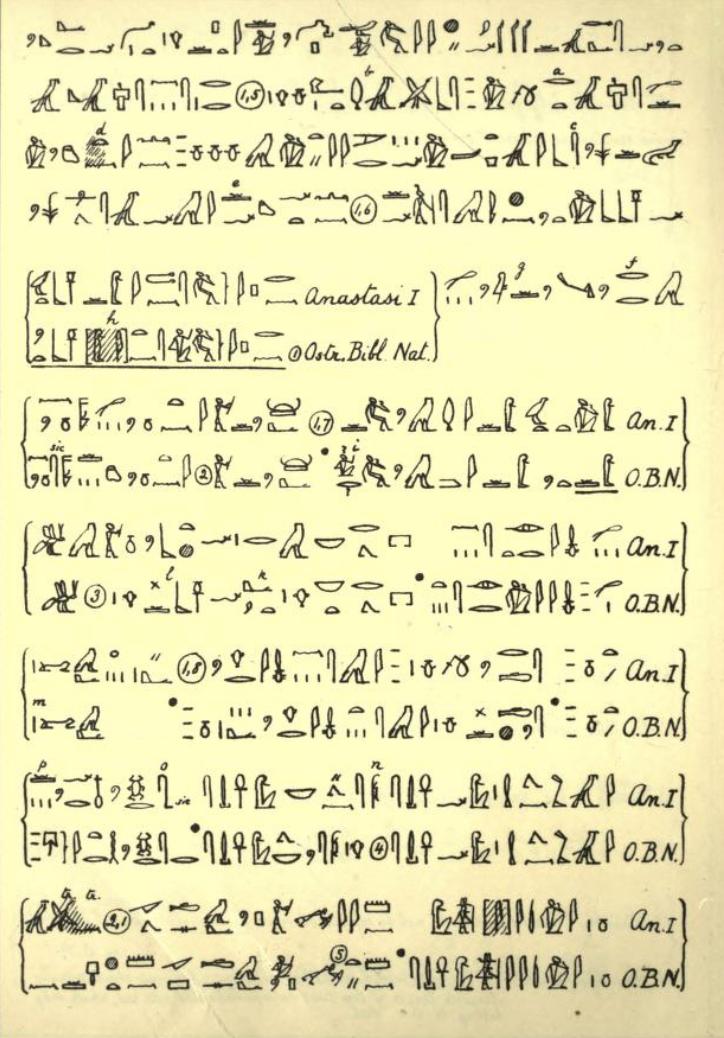 Browse other questions tagged ancient-history ancient-egypt book reference or ask your own question.

9
Are the Ramayana and Mahabharatha exaggerated stories or pure fiction?
9
How long did belief in the Egyptian sun god Ra last?
3
Are there any texts/translations of the 4 main Egyptian creation myths?
12
Are there known completely sealed chambers in Egyptian pyramids?
5
Egyptian funeral procession: what are these people doing / holding?
9
Are records on the meetings of the Japanese war council during 1945 publicly available?
3
Are there any images of old italic or runic inscriptions online?
2
Are there any Egyptian hieroglyphs representing four sounds?