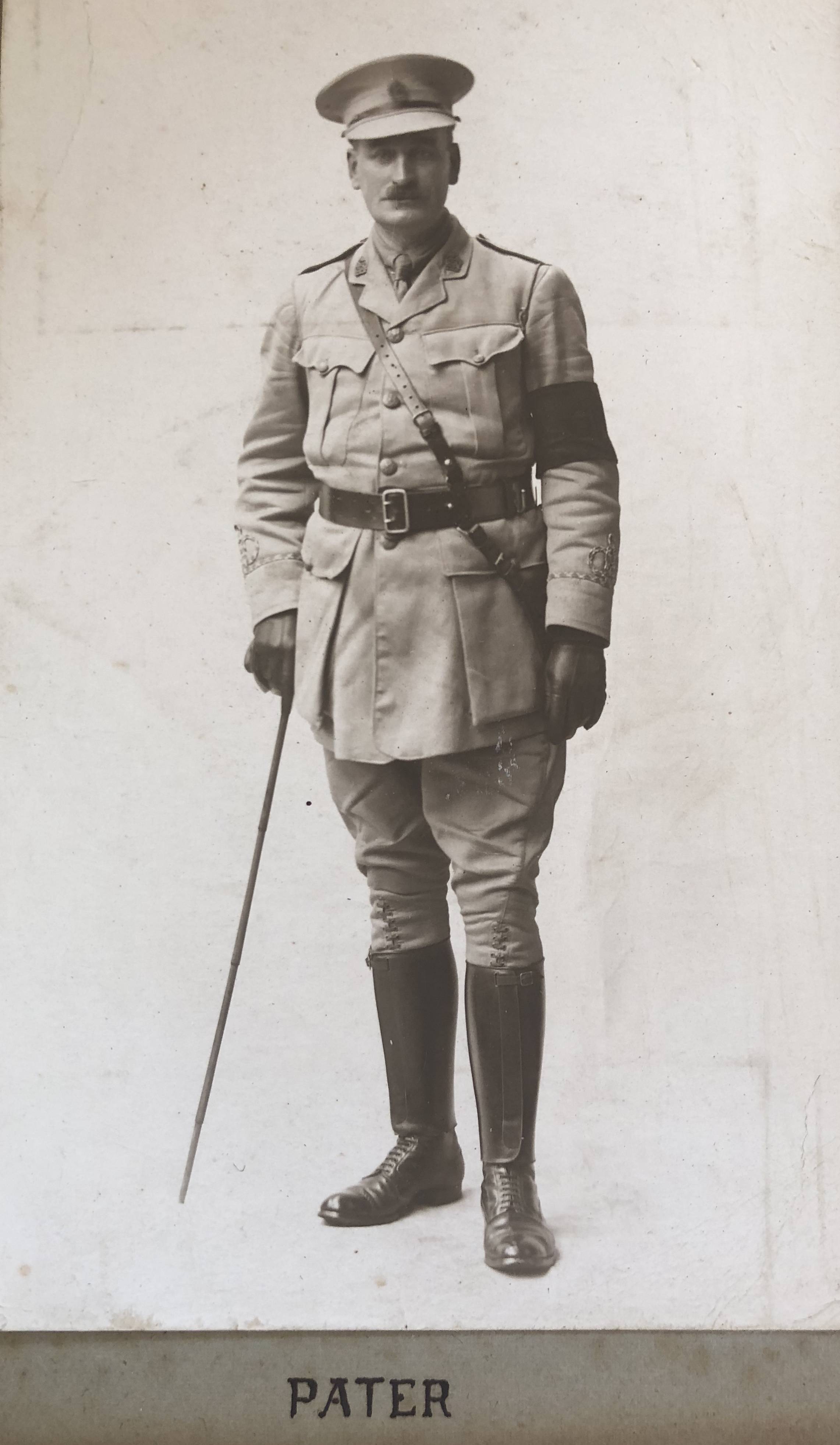 I am trying to identify this uniform. It’s a photo of my great grandfather Alexander Duncan McLennan 1861 - 1919.

He was born in Glasgow in 1861 so was Scottish. The only record I can find of an A McLennan at that time in military history suggests he may have been in the 2nd Battalion of the Scots Guard but I don’t have anything to cross reference that to to confirm or deny that.

The black armband suggests the photo may have been taken in 1901 when Queen Victoria died.

Searching the British Gazette archive from 01/01/1880 through 31/12/1905 for military records of both McLennan and MacLennan with first name Alexander or Duncan (or initial A. and/or D.) yields sparse results:

Note that Admiral Algernon McLennan appears in the Gazette under both spellings, at that rank, so don't be too picky in searches. Clerks were transcribing hand written notes which themselves might not always be perfectly accurate.

A quick sum up of my guessings:

He's clearly wearing mounting boots and a sam browne style belt, so you might have to look trough officers or cavalry units, or maybe rifles.

I tried to identify the cuffs with some unit, as they are damn singular ( or so i think ). Brittish army cuffs at that time (1900-1914) don't usually show a striked or zig-zagged straight pattern without buttons, and the detail hints at either a crown, a rifles knot, or a dragoon knot. I was unable to find a specific unit related to that "color" pattern, but we know that a single line, althought highly decorated, means 2nd liutenant.

The badge on the collar slightly resembles the Rifles (Scottish and Irish) crown badges, so i looked trough and found the 1rst Lanarkshire volunter rifle corps, with some pictures (older) with more detailed knots from the 1850's and 60's, that strike some similarity.

Pieter's answer has one "hit" on the same unit and rank, so i guess we're talking about 2nd Lieutenant Alexander McLennan. I am unsure whether it could also be a young, 18yo enlisted Duncan McLennan back in 1879 in Kabul, given the name match, but it could make sense.

That would set up the next timeline merging what we know:

Do you have any way of asking for the military record on the current unit's headquarters? This unit merged across the XXth century to end up being part of the Current Royal Scots, and they usually keep account of their officers.