Is this a Sherman, and if so what model?

Note: The original newspaper article claimed the tank was "fully functional" - but the main gun was disabled by drilling a hole through it prior to departing France.

To my untrained eye it appears to be a Sherman, but I am looking for a more expert opinion. Can anyone definitely determine the type and model of this tank, along with any other interesting specifications?

"The problem is there is no action [the Homeowners' Association] can take," said Buzbee. "They can ticket it or they can try to tow it, but the truth is unless I decide to move it, it's not going anywhere." 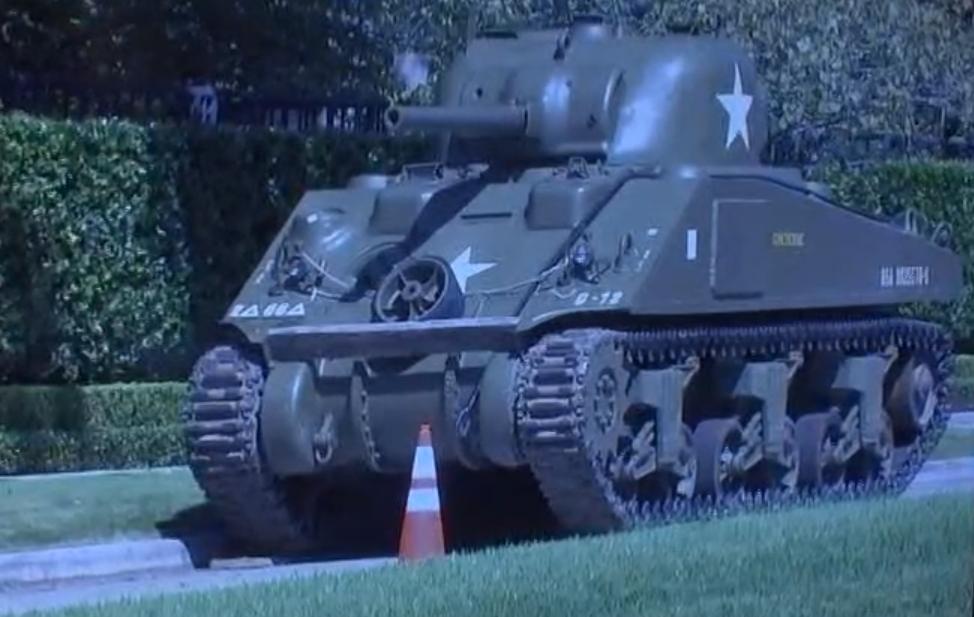 Presumably this is a serial number of some sort.

I'm not sure what these numbers represent. 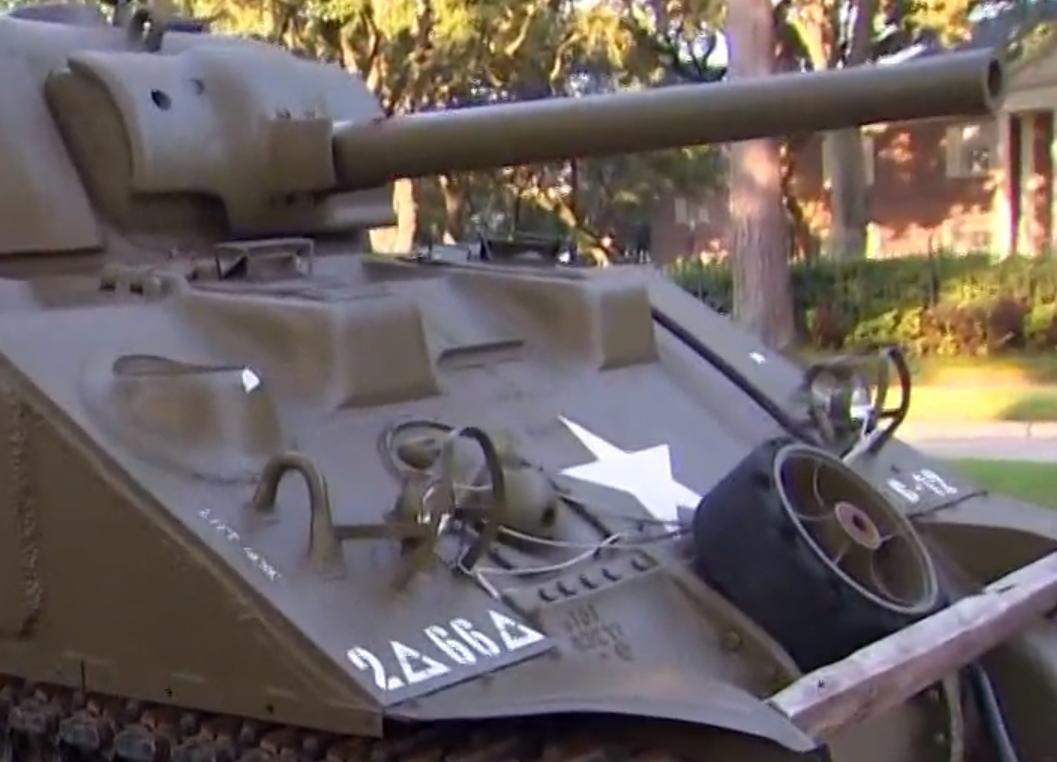 More details, with thanks to called2voyage

It appears from the auction details, that the serial number of the tank is 18688.

The serial number does appear on this list of known Sherman serial numbers compiled by Pierre-Olivier Buan (who has been cited as an expert on tanks of this era) and others.

The entry identifies the tank's type as M4A4(75), which was manufactured by Chrysler. The registration number entry varies from what's on the tank, but it is marked red, which means unconfirmed and possibly wrong. Randolph Duke, in the Texas Monthly article linked in the question, claims the original registration number was painted over. The notes say:

Comes from the range target, Salisbury Plain. Previously located at Coleraine, NI, UK and then in Normandy, France

The M4A4 Shermans were equipped with a Chrysler Multibank engine; they have a lengthened welded hull. Only the 75mm version were built in the USA, but the M4A4 was also widely used as a basis for 17pdr Firefly tank by the British Army. The users were : Britain, France, China (Source : Wikipedia).

This variant was only manufactured by Chrysler (7499 units produced).

This tank has a 75mm gun, small hatches (protruding hoods), a 57° glacis and dry ammunition stowage bins. The M4A4s were only produced with the 3-piece differential housing.

There is a little bit more information at that link along with pictures.

There's a (probably) exhaustive list of Shermans (Shermen?) with illustrations at tanks-encyclopedia.com/ww2/US/M4_Sherman.php. Disclaimer: A lot of models were so similar that it'd be a bit of a chore to try to match up the pics above with this page, though.

The seams appear to all be welded, not cast, so it cannot be an M4A1, an M4 Composite, or an M4A6, according to the chart on this Wikipedia article.

Also note the protrusions at the top of the front hull. The front of any of the "Jumbo" variants is flat, so this cannot be a Jumbo.

I think it might be a minor variant of an M4A3, based on the discussion on this site. I don't find it super convincing, but I think it's the closest we're going to get outside of scheduling a meeting with the folks at Bovington.

The numbers in the bottom photo 2nd armored divisions 66th armored regiment. the letter number on the opposite fender are most likely the company and appears to possible be company D the number after the dash would indicate vehicle number 12.

Standard American M4 company 1942 to fall 1944 Company command tank M4 Support tank M8A1 (M5 Stuart chassis with open top turret and 75 howitzer) 3 Platoons of M4s a Platoon consisted of 5 M4s so the tank company had 17 tanks plus a couple of soft skinned vehicles. The M8A1 was intended to provide smoke and indirect HE support. with the introduction of the M4105 in fall 1944 the M8A1 was replaced by the M4105 as supply allowed.

8
U.S. biplane Identification
6
Who sold this book in London in the 1930s?

30
In WWII, what were the major differences in tank combat on the eastern and western fronts?
2
M4A1 sherman vs StuG III ausf. G — what were the odds in favor of the Sherman?
5
What is the gun traverse limit of the 75mm armament on M3 Lee/Grant?
3
Is this quotation authentic (88mm versus Sherman)?
11
Can anyone identify this tank?
8
Any idea what type of 1920-1930s tank this is?
5
Was the M4 Sherman used frequently in artillery capacity?
21
Why did it take so long for the Germans to develop the first tank model in World War I?
3
What was Michael Wittmann's "officer" chain of command like?