Significance of division of Caledonia by Northumbrian Advance

In Chapter 4 of The Isles by Norman Davies, he writes:

One effect of the Northumbrian advance was to split British territory in Caledonia into two. By the eighth century at the latest, the southern chunk that was soon to be called Cumbria, i.e., a second Cymru, was completely separated by Bernician territory from the British kingdom of Strathclyde, with its capital at Dumbarton

But I'm unable to realize what does he mean by this point or what is so significant in what he said. I guess he wants to say that two celtic kingdoms were separated by an anglic kingdom which led to their languages and culture diverge with Cumbria more like Welsh and Strathclyde more like Scots. Is this right ? 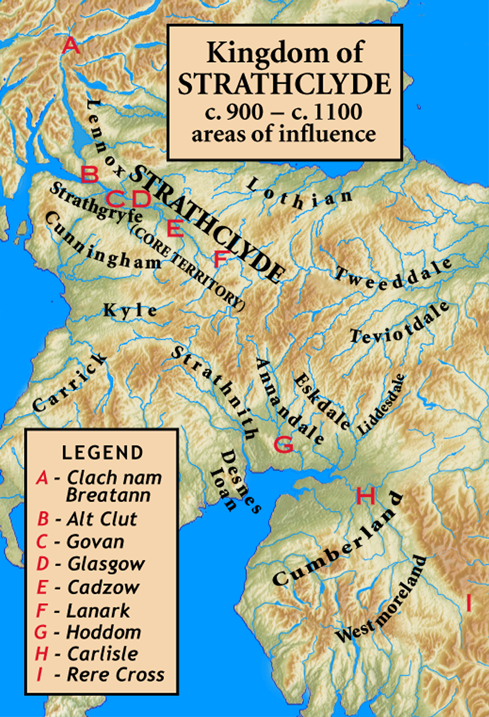 Yes, that's roughly what he's saying. It is very difficult, if not impossible, to run a unified country, or even a unified armed resistance, between two entities separated by hostile territory.

Here's a map from the beginning of the 7th Century that is politically coded, that might make this easier to see. The land in the hands of Celtic kings is shown in green, the various Anglic possessions in other colors: 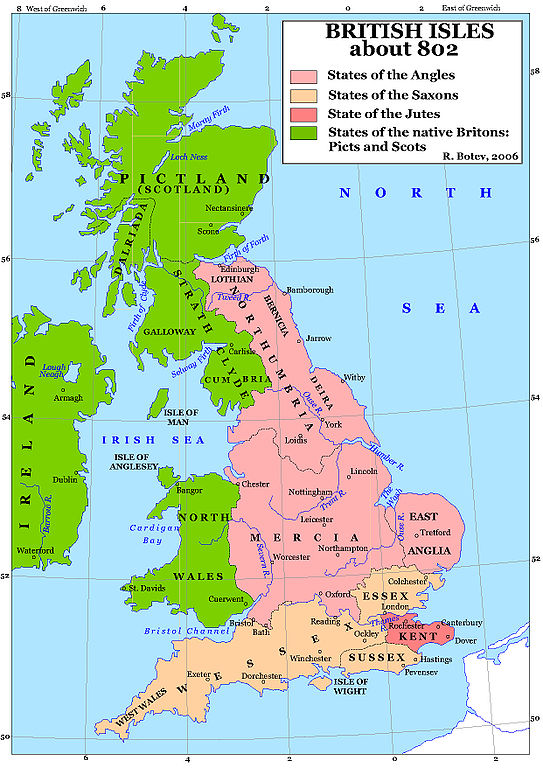 As you can see, the Celts in ("North") Wales have already been cut off from their kin up in Strathclyde. All the Northumbrians would have to do to split Strathclyde in half at this point is march West and take Carlisle (H on the question's map). Which they eventually did.

Now, all this being said, the dates for all this are kind of fuzzy. It isn't tough to find maps showing Strathclyde essentially gone barring the area north of Galloway as early as 700. I think the issue is that we only really have two historical sources for this era, and one happened to be Anglo-Saxon (and died in the mid 700's), and the other Welsh.

Not the answer you're looking for? Browse other questions tagged early-medieval scotland celts anglo-saxons or ask your own question.