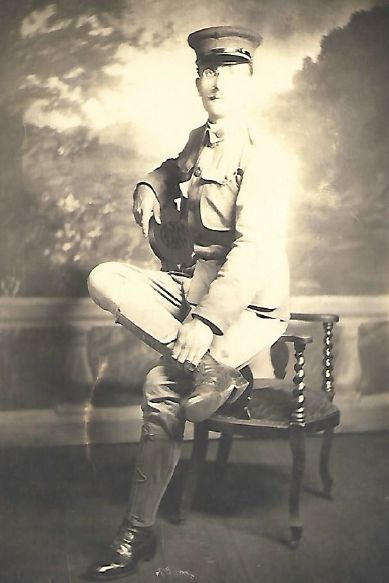 Since you already have a confirmed WW1 US uniform for this individual, there is little reason to suspect this uniform is not also US Army. Unfortunatly, this image seems horribly overexposed, so details which might help us identify unit or rank are not distinguisable (to my eye at least).

Trying first to confirm the hat style as occurring on late 19th or early 20th Century US military uniforms lead to some searching on the 'forage cap' designation, and came up with some images of a Model 1895 forage cap which seems similar showing the 'flare' on the upper region of the cap from web site Military History Project, Early US - WW1: 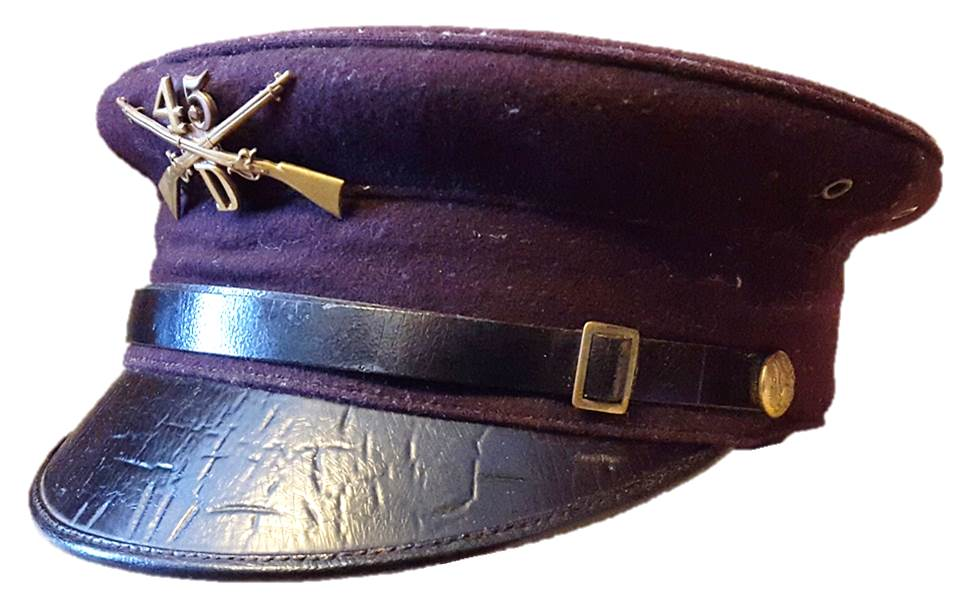 The same page also shows a Khaki uniform from the same time frame, directly below the cap. Both of these items are close, but not quite matches. The cap shown appears to be dark on top, while your image shows a material matching the Khaki in color, but with a dark strap and visor. It does confirm the style to US military however.

Continuing to search, I came across a source I have used before, a PDF of a Survey of US Army Uniforms, Weapons and Accoutrements, by David Cole.

Most of the characteristics I see here seem to match your image:

The document also has images of collar and cap insignia on page 57, and collar discs on pg 59, but I don't see enough detail on your image to match any of these.

So, I think your uniform is US Army, from the decade prior to WW1, with most of the uniform appearing to match patterns from the 1908 regulations.