Can anyone identify what uniform this child soldier from Switzerland c1870 is wearing?

I don't have any information about this card apart from the photo itself. Carte de visite circa 1860-1880 from Lausanne, Switzerland. As you can see, this child is wearing a soldier's uniform and is holding a rifle. Would love any information or speculation about what/why. Thanks for looking! 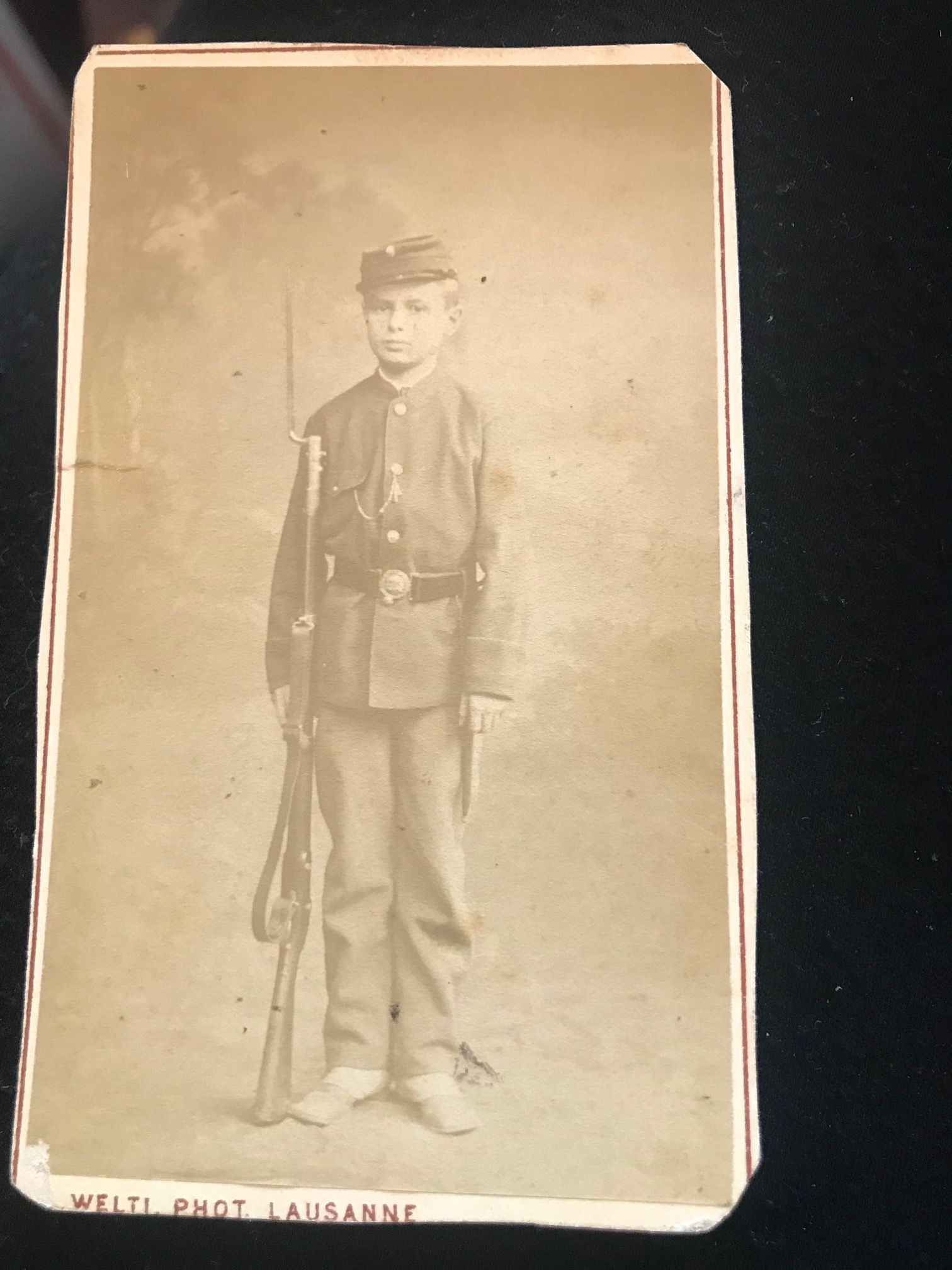 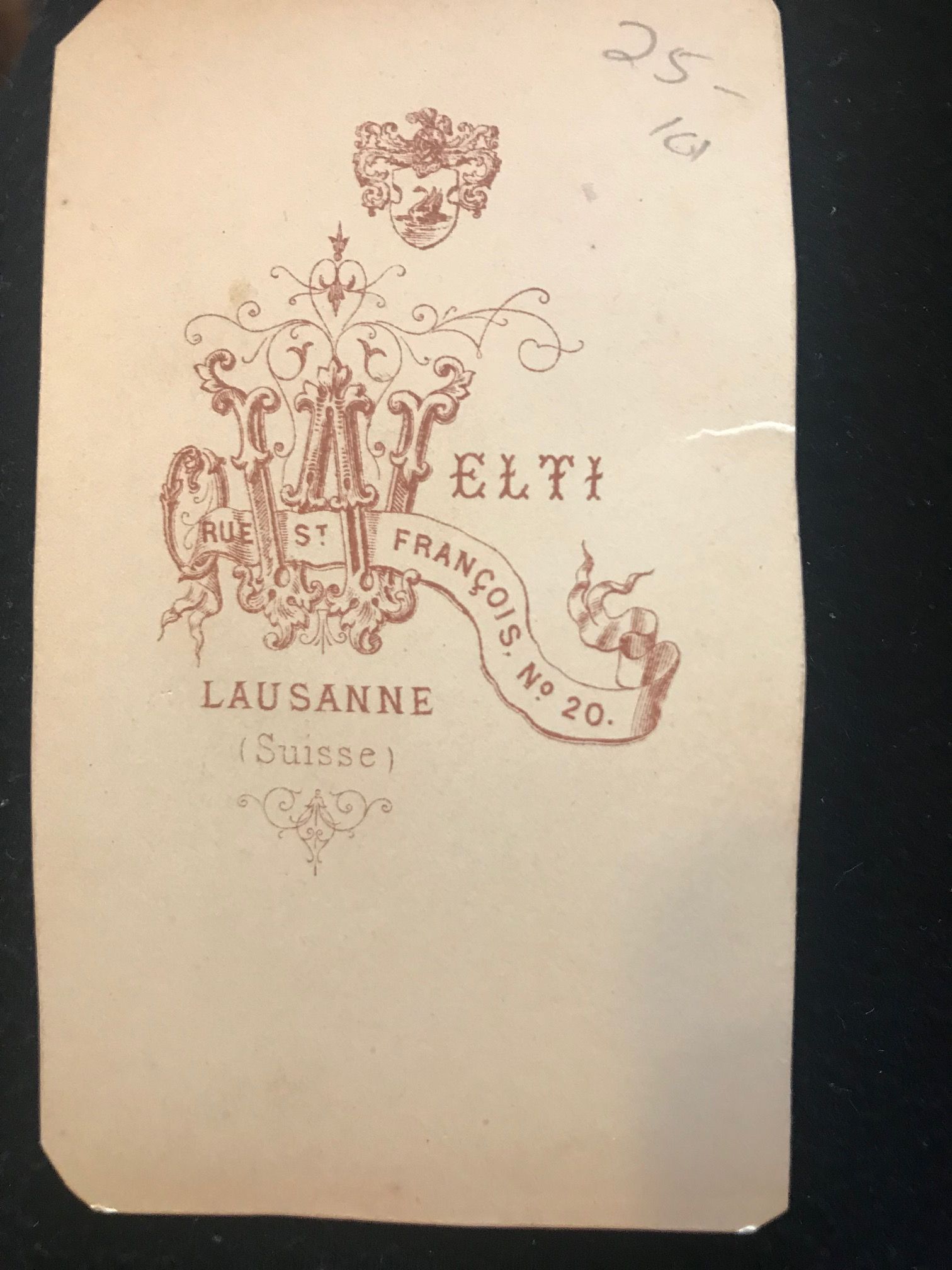 This doesn't answer who was in the photo, or what the uniform was, but I did find something historically interesting.

"Welti" on the bottom and back likely refers to Swiss photographer Oswald Welti, who had a studio in Lausanne in 1880, according to Wikipedia. His nephew Albert Welti apprenticed with him that year, before going off to study at the Academy of Fine Arts in Munich, and going on to become a rather more famous artist in his own right.

The address listed there (Rue St. Francios, number 20, Lausanne) is the address of Oswald Welti's studio where the photo was taken/developed. Here's another old photo from the same studio 10ish years earlier. It certainly appears he had a bit of a business taking these kinds of formal photos of boys. 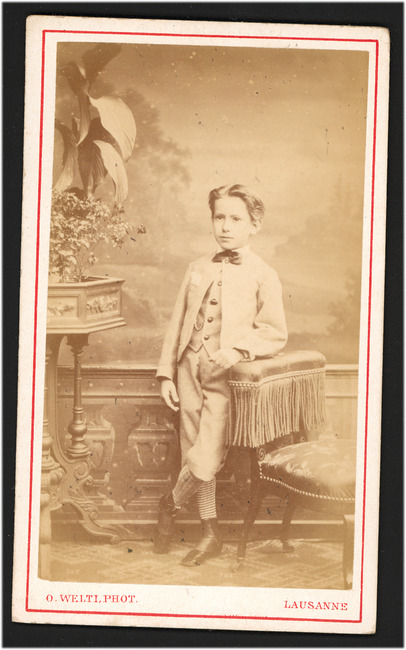 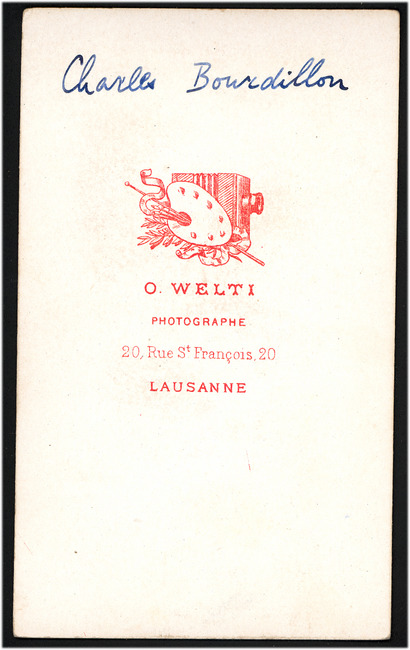 It is not absolutely certain that the boy in the photo is a soldier.

I have seen a photograph of my great grand uncle Ferdinand Andrew Demuth (1857-1911) as a child wearing what looked like a uniform from the US Civil War of 1961-1865, even though he would have been almost the youngest boy in the Union army if he had been a soldier in the war.

I later learned from one of his nephews that Ferdinand was wearing the school uniform of the Nazareth Hall Academy in Nazarath, Pennsylvania which he attended around 1870.

I once was at a museum of the history of Penn State University at University Park, Pennsylvania, and saw a photo of very early students there. They looked more like Civil War drummer boys than college students, wearing uniforms similar to the Union army and looking surprisingly young for college students.

The boy in the photo wears a uniform looking a lot like a Union army uniform, which was based on French uniform designs. France was considered the leading military power in Europe until defeated in the Franco-Prussian War in 1870. A few years later in 1873 the US army switched from using French inspired uniforms to using Prussian inspired uniforms. So it seems probable that a number of armies would base their uniforms on French uniforms, and probably a lot of schools would also base their school uniforms on French uniforms.

So on one hand there were probably many more boys the age of the one in the photo who attended schools that gave military training and had military style school uniforms than boys actually enlisted in various European armies. Most European armies in this period relied on conscription of men of military age for their recruits.

And on the other other hand the British and United States armies in this period, which relied on voluntary enlistment instead of conscription, and possibly also some European armies, did have a small proportion of boy apprentice soldiers, including some much younger and smaller than the boy in the photo.

It is possible that any insignia on the boy's belt buckle or even buttons might be readable under magnification, and that would give a hint as to what military or civilian organization he might be a member of.

You might want to look up the uniforms of various European countries, including some German states, from the period to see how closely the boy's uniform resembles them. Note that several countries appeared or disappeared during 1860 to 1880.

Not the answer you're looking for? Browse other questions tagged uniform switzerland or ask your own question.