So I’ve been trying to find the technical term for these headpieces usually worn during Venetian Carnevale. I’m unsure if they are medieval in origin or a type of turban. What is the difference between the two? Any help would be much appreciated. Thank you in advance. 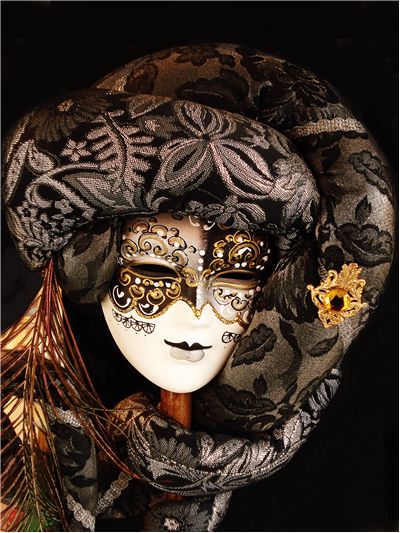 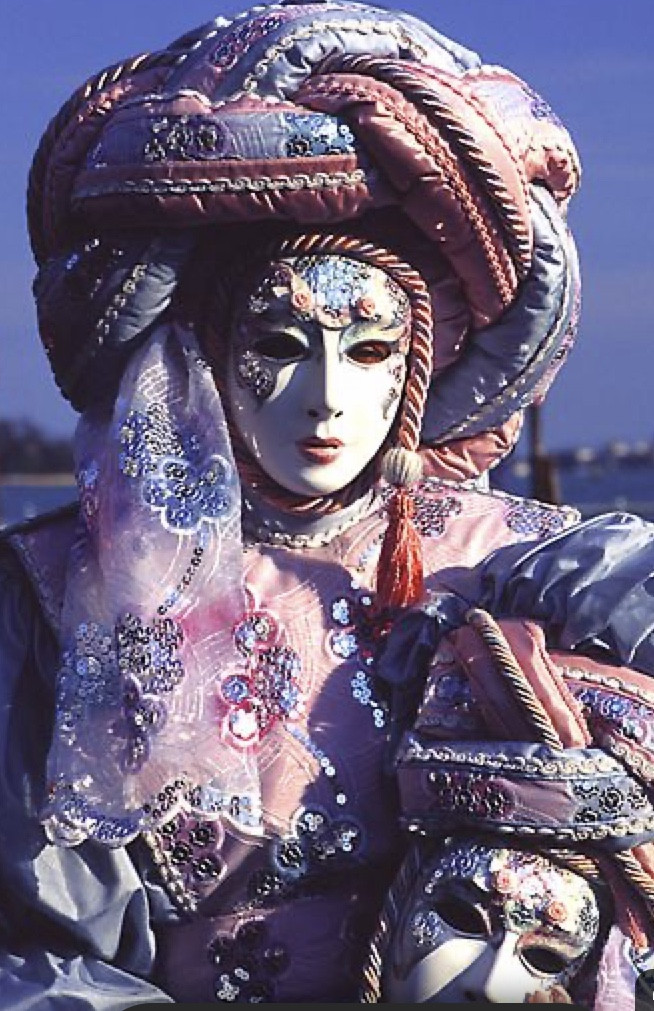 The masks of the Venetian carnival are based in the characters of the Commedia Dell'Arte, a sort of improvisational theatre born in Italy during the 15th century.

The top photo is a volto (a generic mask) with an over-the-top chaperon, a kind of hoodie that evolved in a hat during the 15th century and it was in fashion all around Western Europe.

The woman below is wearing a Pierrot mask. Pierrots were zanni, one of the archetypes in the Commedia Dell'Arte. Zanni are trickster servants, always more astute and cunning than their masters. Pierrots were described as naïve and lunatic and they wore some of the more crazy or flashy clothes, including turbans:

One or another of a varied range of feathered and unfeathered hats, caps, turbans, or even kitchen cauldrons, plumed pouring funnels or other non-standard headgear, was actively sported by virtually every zanni.