How and when did the surname “Apibus” become “de Apapis”?

The Maltese surname Apap derives from "De Apapis", and the family crest features bees. Family lore tells that the surname originates from a person who kept bees.

In Latin, Apis is bee, and the most likely version of the word that yielded Apapis is "apibus", the ablative or dative case plural meaning "from the bees".

However, I am struggling to figure out when the shift could have occurred as the Maltese language doesn't descend directly from Latin, but rather Siculo-Arabic, hence it seems hard to see how the surname could have "morphed" into its current form in Malta itself, but rather in Italy or France and been brought over to Malta in the Apapis form.

Could someone with more knowledge of Maltese history or Romance language morphology give a suggestion?

Here is a genealogy source that shows the surname morphing from Apapis to Apap through the records:

Here is a source for the family crest showing bees (Apis/Ape): 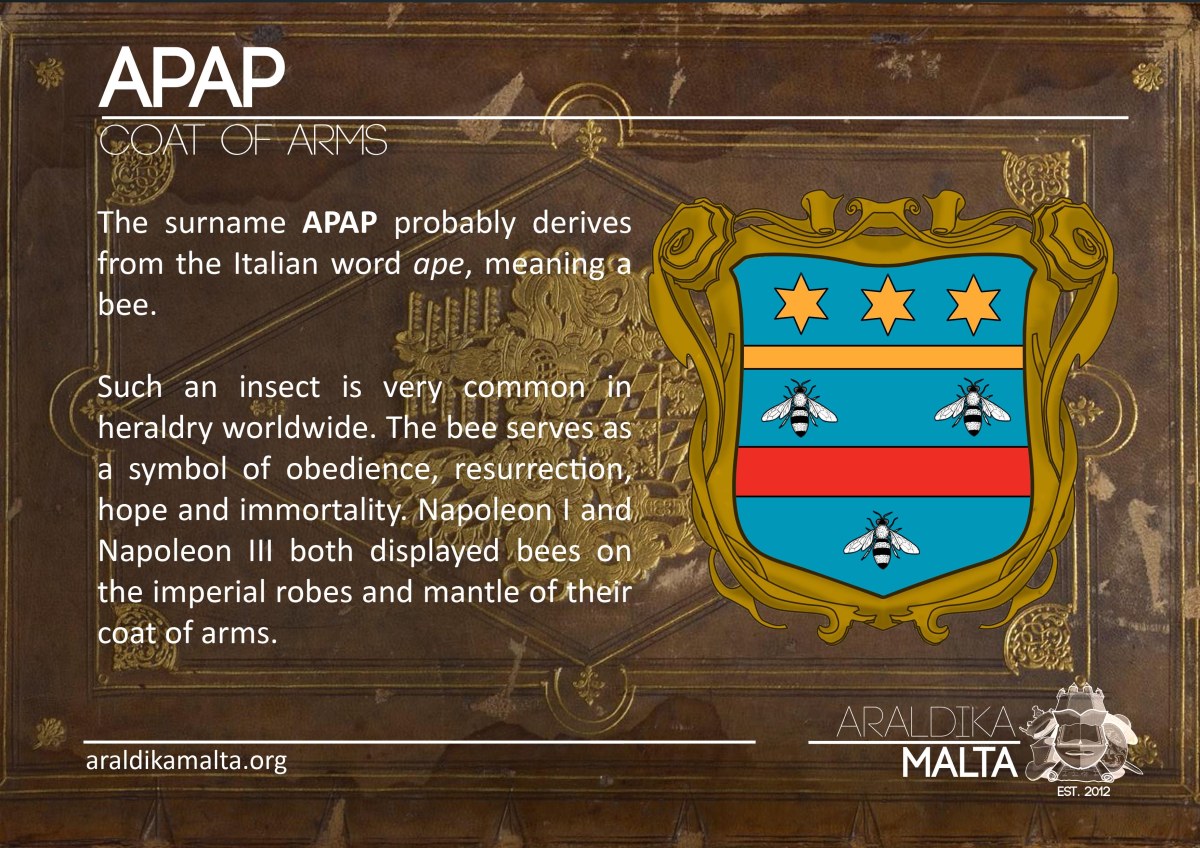 5
Where is or was the place called Apapis?

7
When were both minuscule and majuscule letters used for the first time in the same Latin manuscript?
5
When did Comino become depopulated?
9
When did last names start being used, and who introduced the concept?
8
How long did Latin survive in Bavaria?
11
When did Ireland become majority English-speaking
2
When did F become S in typeography, and why?
6
Were surname upgrades a well known practice in the Spanish Empire?