What does “MET HLS INDIA” inscribed on a bottom of brass sugar bowl mean?

I've recently inherited two old Indian brass items, bought in 1970s (or earlier) in Poland, and I'm trying to work out where they come from.

I've easily identified the origin of the ice bucket, since it has "EIC E839 India" inscribed on the bottom - which clearly means "item E839 from India, produced/imported/pilfered by Eastern India Company". Eastern India Company was a world-famous organization and there are plenty sources concerning its history, so my curiosity is sated.

However, I have trouble identifying the origin of the sugar bowl, which looks like this: 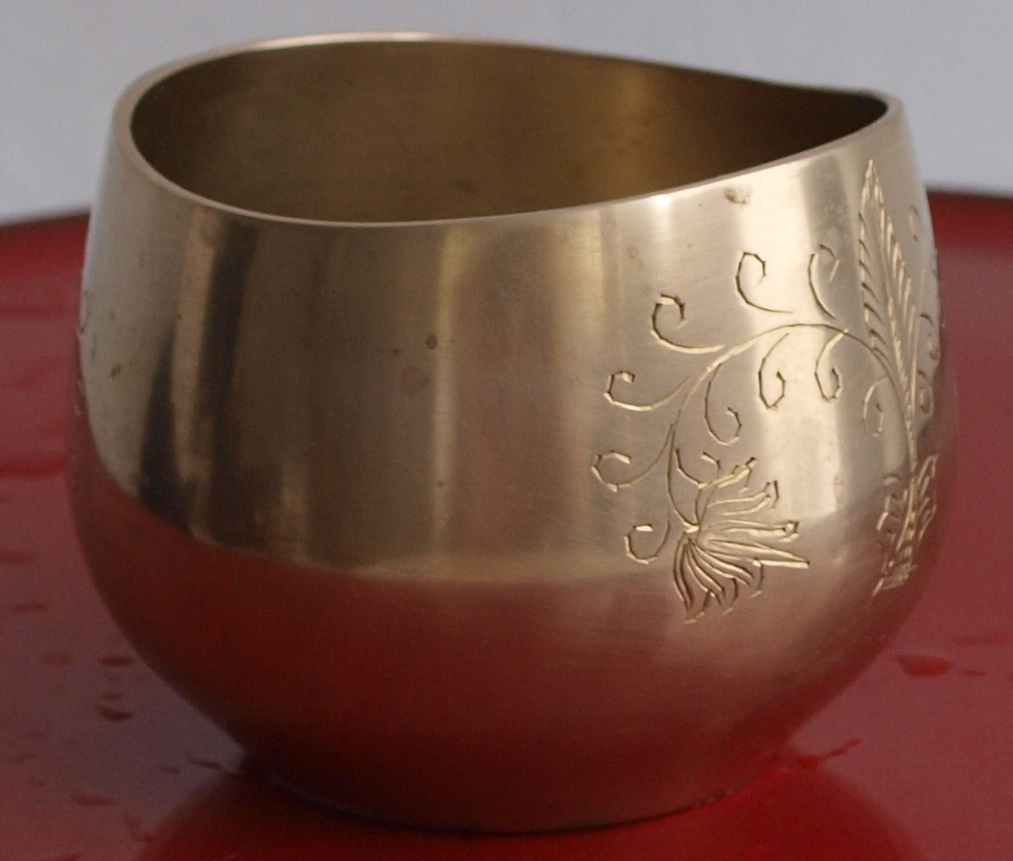 The inscription at the bottom says:

Now, while it's clear that this "HLS India" has been a pretty dang prolific exporter to Poland, I have trouble with determining what "HLS India" actually was.

My Google searches are flooded with links to:

None of the organizations on the "HLS" disambiguation page on Wikipedia seem to be in oversea shipping business. Eastern India Company doesn't seem to have used "HLS" abbreviation, either.

There's a German Antiques and Arts Kunst und Troedel website where it says that MET HLS INDIA means Metropolitan Hotels India. It's in German so I used Google translate.

Silvered from India is relatively easily recognizable by much more massive material thickness, ornamentation and poorer ornamentation. The bottom stamp indicates the hotel group "Metropolitan Hotels"; one of them is in New Delhi.

The person who wrote this is Austroparts the site administrator (http://www.kunst-und-troedel.info/showthread.php?p=96918#post96918). Translating other bits on the site, there's a lot of old hotel stuff like cutlery, teapots and also they mention a sugar bowl with a cream jug (worth maybe Euro 20 says Austroparts but it looks very different from yours).

Not the answer you're looking for? Browse other questions tagged 20th-century india identification or ask your own question.

3
What evidence is there that Jesus went to India?
9
To what extent did Gandhi affect the factors that led to the partition of India?
16
Did Mountbatten favour India in partition of India-Pakistan?
8
What does the inscription on this sword mean?
17
Buddhism vs. Hinduism — what did it mean politically?
2
What uniform does PewDiePie wear in this picture?