What language is this artists signature written in and what does it say?

This signature is on a print from the 1960s. There are symbols in the art such as a fish (see ring and vest clasp)and a hamsa (possibly) in the outer border. 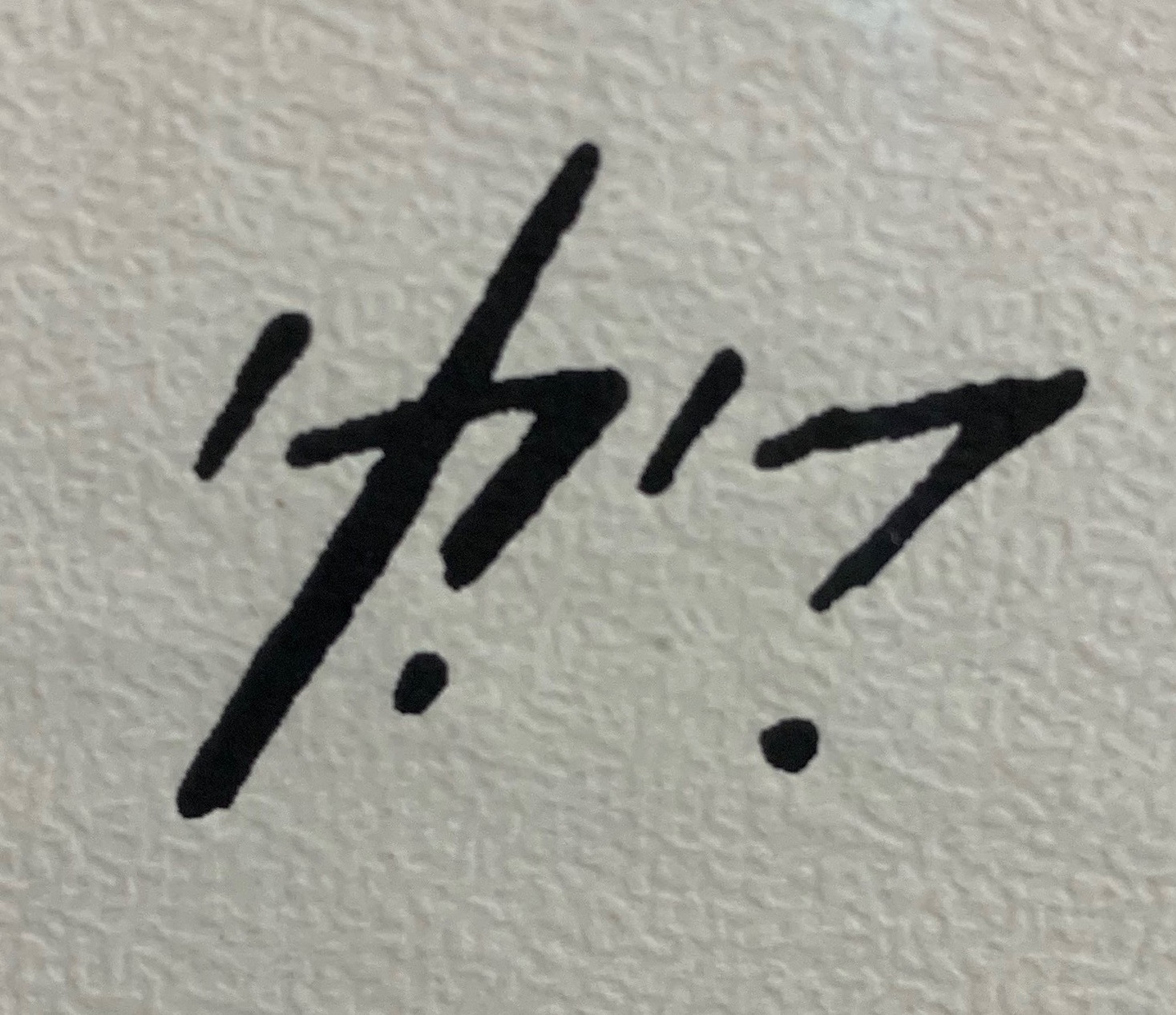 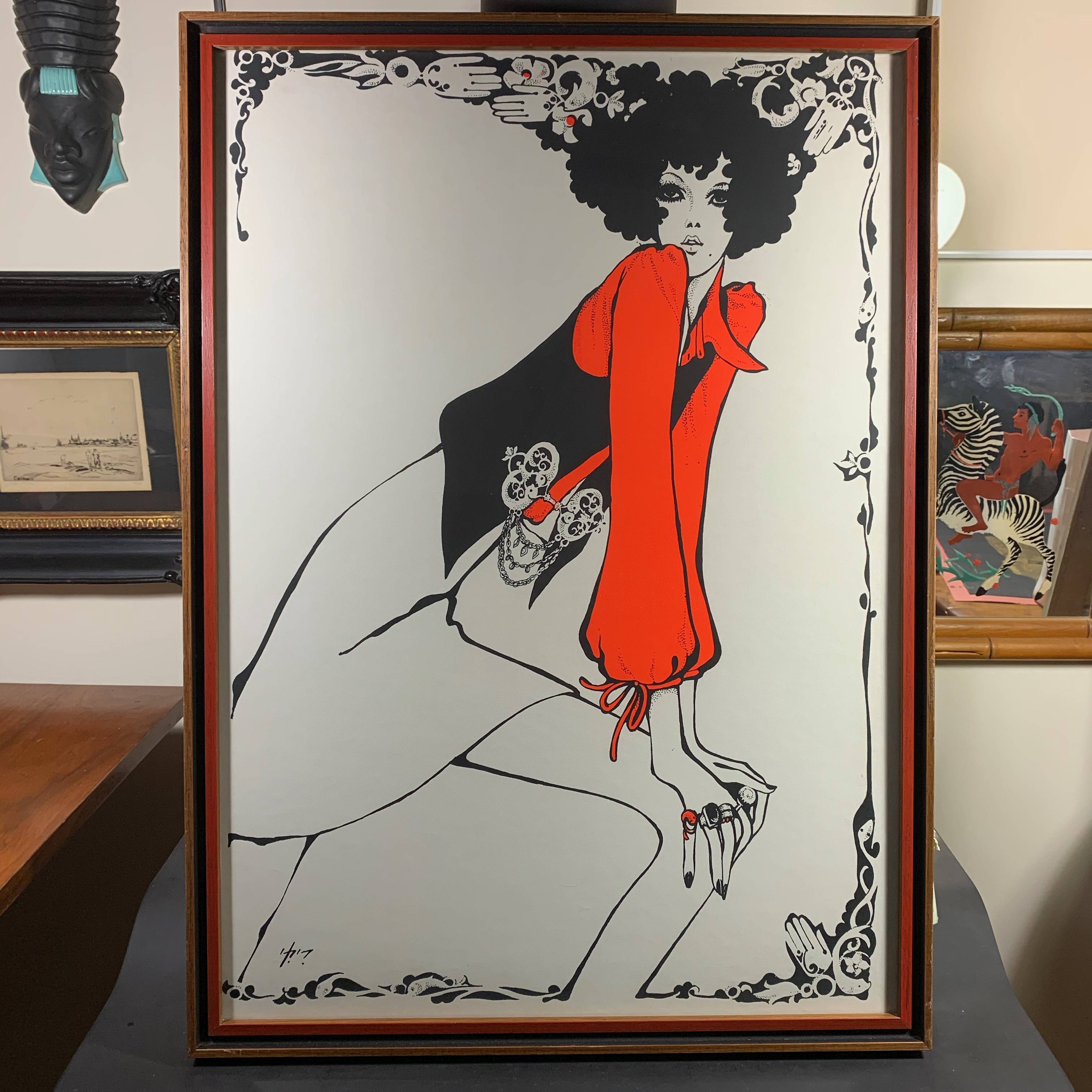 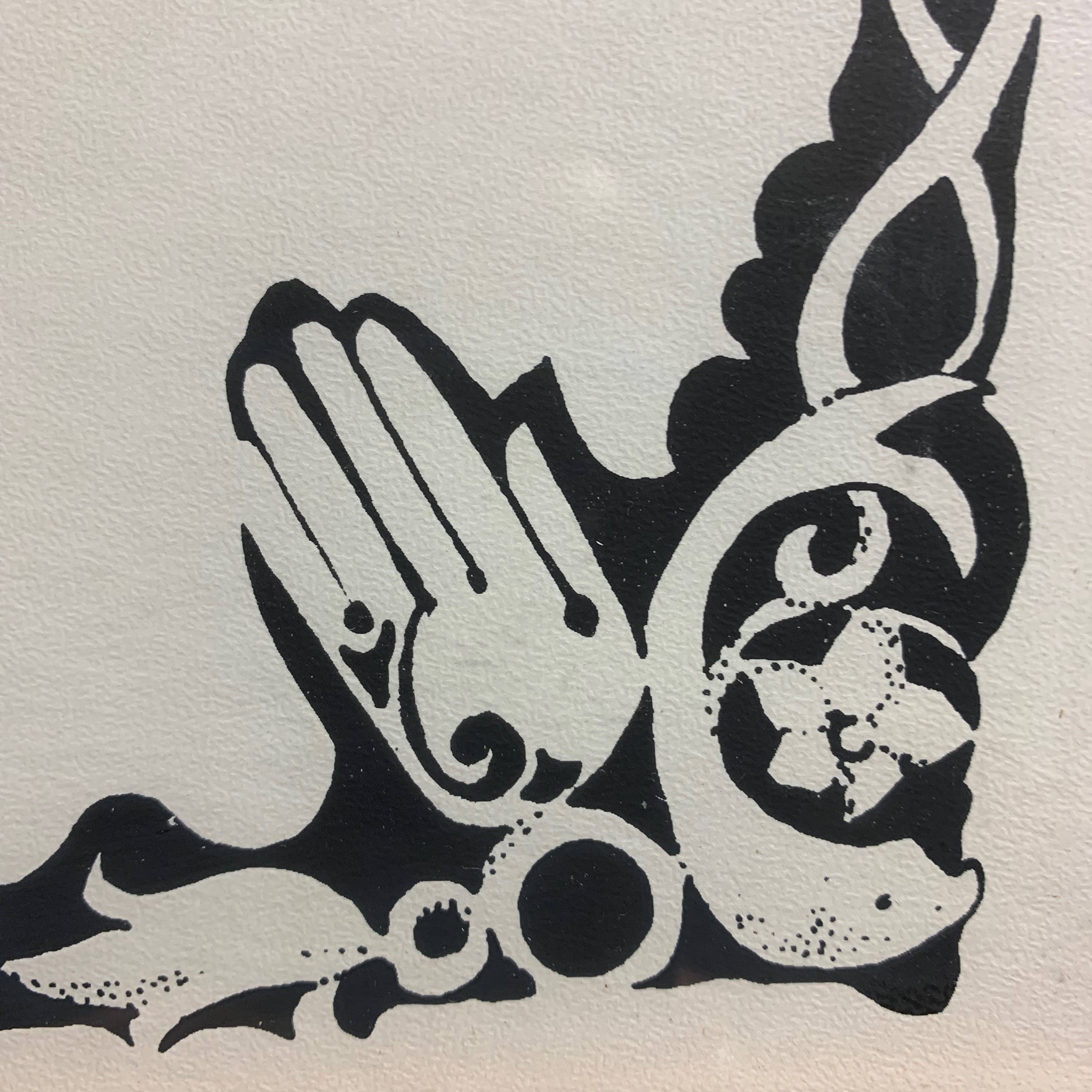 It looks like Hebrew alphabet, רִיקִי "Riki" (or "Ricky"). Note the position of the signature on the canvas – in the bottom left corner, in Hebrew it's "the end of the text" position since they write right to left. The European painters usually sign in the bottom right corner, in the European "end of the text" position, because Europeans write left to right. When the painting is finished, as the last stroke the painters put their signatures, thus finishing the work.
Also, a dot beneath a letter is typical for Hebrew, such a dot is called Hiriq and denotes the [i] sound, like in 'sit', 'pin', or 'give.' And yes, that is very likely hamsas in the outer border.
Unfortunately, I have no idea who Riki/Ricky is or who signed paintings like that.

Not the answer you're looking for? Browse other questions tagged language or ask your own question.

9
What language was the Charter of Liberties written in?
32
Why did modern "Romania" remain the most "Roman" part of the Balkans?
8
What language does this look like?
13
Why didn't Turkish become an official language in former Ottoman colonies in the Middle-East and North Africa?
9
What does the inscription on this sword mean?
5
Was there a historical figure named Fecund?
7
Earliest story?