How did an English person get entry to East Germany during the Cold War?

I need to know how an English person was able to get authority to visit East Germany and what the most common crossing used was. Additionally, any information on how visitors were treated by Stasi would be helpful.

I visited East Berlin and Dresden in 1978 with my mother and sister ( I was 18 at the time) from the USA. We had to obtain visas many months prior to our visit from a travel agent who specialized in this. When we arrived at each of our destinations we had to register with the city officials (listing where we were staying and for how long). As I recall we could not check in to our hotel unless we had the proper paperwork from the city officials which was obtained when you registered.

The visas were issued for the exact time frame we had stated for the trip and we had to be out of the country by midnight of the day of our departure.

We had no interaction with the Stasi as far as I know. Our interactions with the East German State consisted of customs at the border and at the various registration places (I don't remember what they were called) in each city we visited.

Q: How did an English person get entry to East Germany during the Cold War?

That may have been as simple that. Really.

Angering all of those East-Germans, to be sure. In Berlin, at crossing Friedrichstraße, Checkpoint Charlie.

On August 2, 1989, the "Berliner Zeitung" newspaper, which appeared in the eastern part of the city, reported that the East Berliners would be annoyed by the visits of Allied soldiers from the West, using a report from the German Press Agency (dpa): "Anyone who explores the surroundings of the 'Centrum' department store at the main railway station on Saturdays, for example, will easily find several British private cars and British military buses. In front of the 'Centrum' department store at Alexanderplatz there are two French military buses and three American ones. And then, with their tartan skirts and tight calves, a few 'Highlanders' march through the socialist consumer paradise.

That's because in Berlin the Western allies insisted that they were always allowed to 'inspect' the Eastern half of the city. Without any interference of not sovereign lackeys of the Soviets: meaning an East-German border guard could tell them squat. If the GDR-guards would try something funny, they were usually ignored, Westerner insisting to speak only to their masters.

Well, once they did try something funny. The result was: 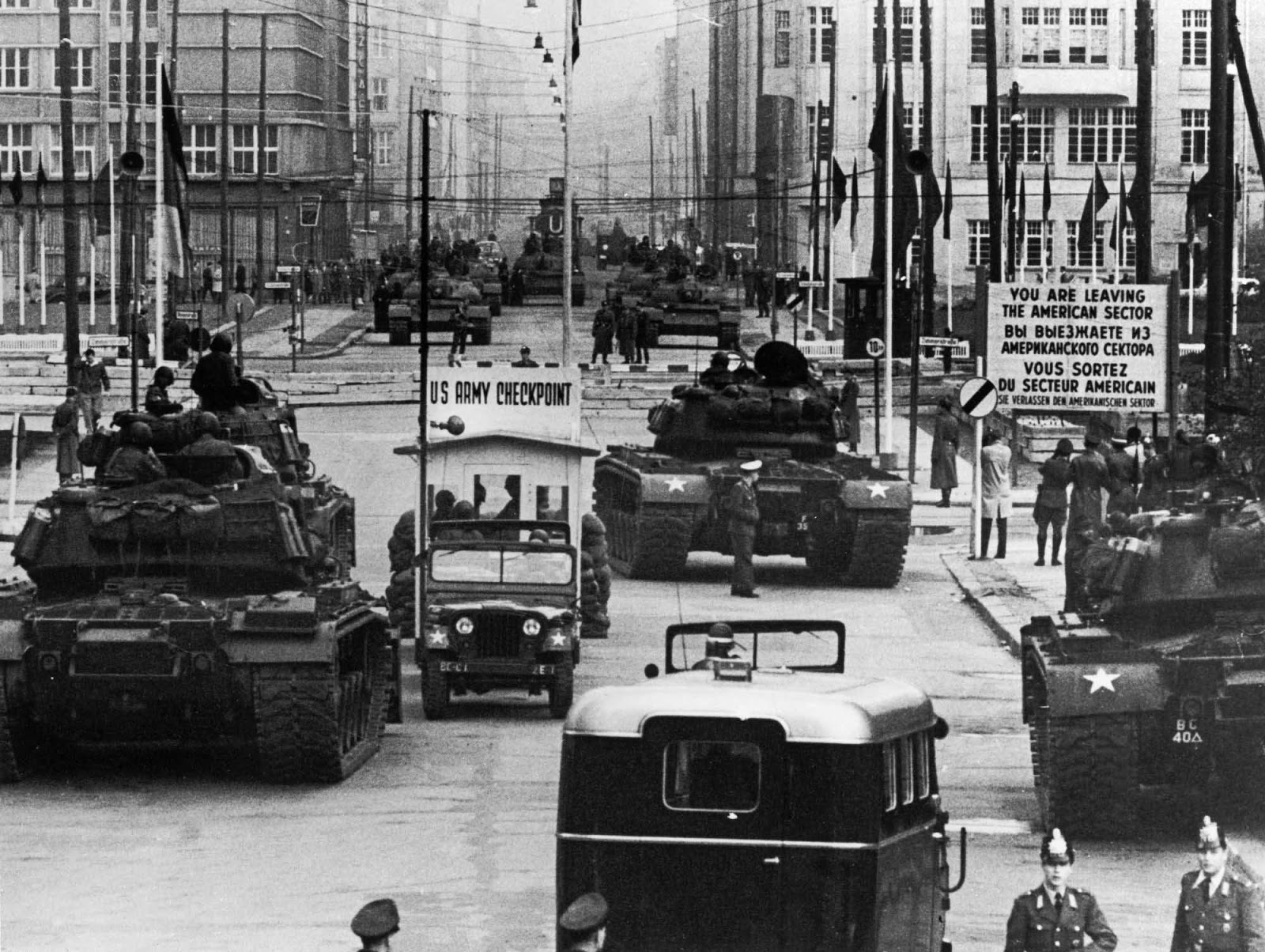 This image from October 1961 is always used in documentaries to illustrate American defiance after the wall was being build. But it was nothing like that. The tank stand-off came after E Allan Lightner wanted to return unhindered - as usual – from a night at the opera in East Berlin. After being asked for papers the result was the above; and shortly later the Soviet admission of guilt, Lightner's return and continued business as before:

If in uniform, any English could go to Checkpoint Charlie and visit the East. Some formalities with his regiment beforehand to know his whereabouts and presumably prevent defection. But the uniform was really optional. No uniform meant just to show a waver card and otherwise do the same.

From there it gets funny. Travel recommendations for soldiers said to "prefer U-Bahn but don't take any S-Bahn". Why? Because the S-Bahn would take drunken strangers out of Berlin, a thing not covered by 4-powers Berlin-status. But the point is that that could happen easily.

The starting quote illustrates that this option was used extensively during the 80s, especially by US troops. Since after Nixon cancelled Bretton-Woods the Dollar got so weak that they would prefer shopping and partying in the East. 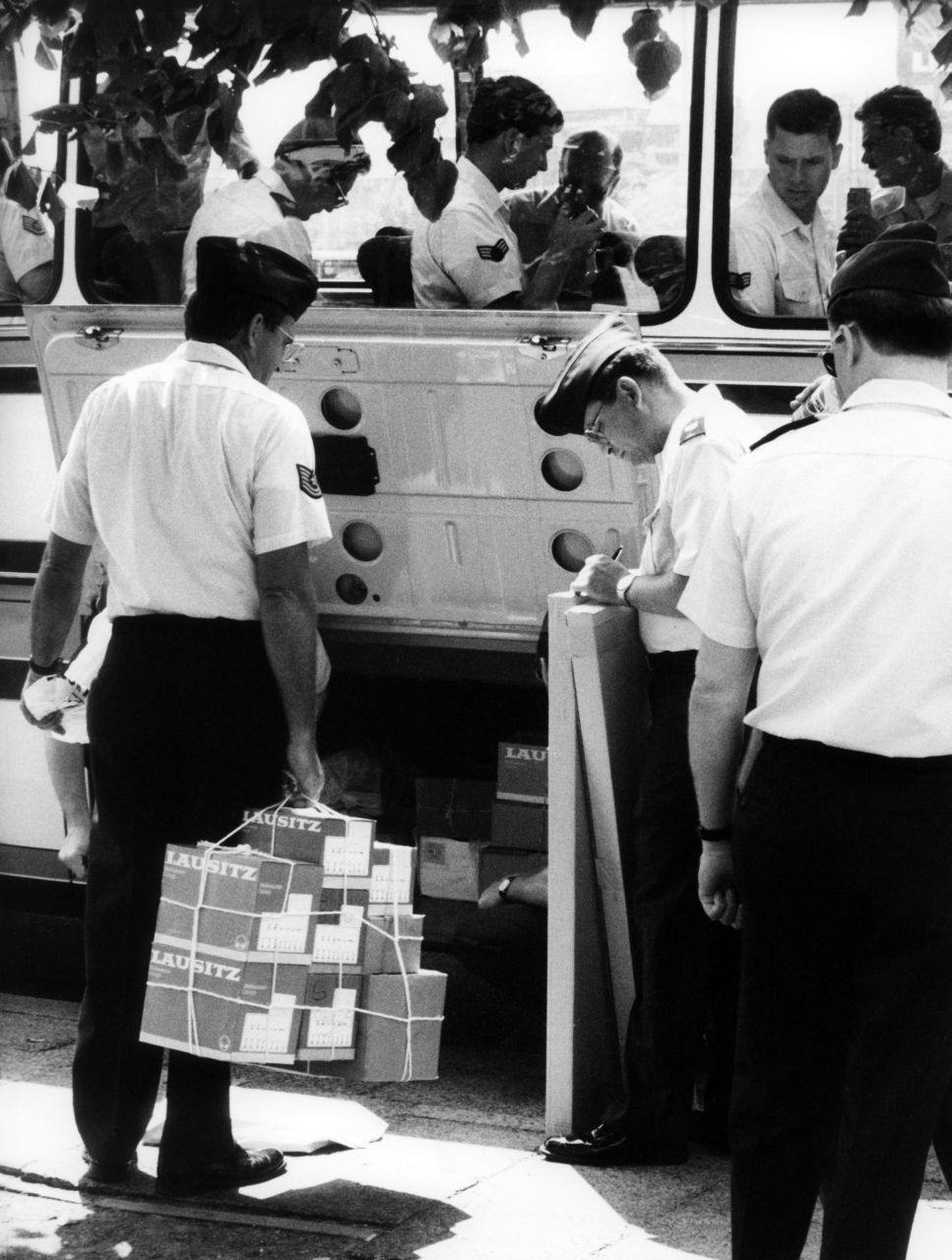 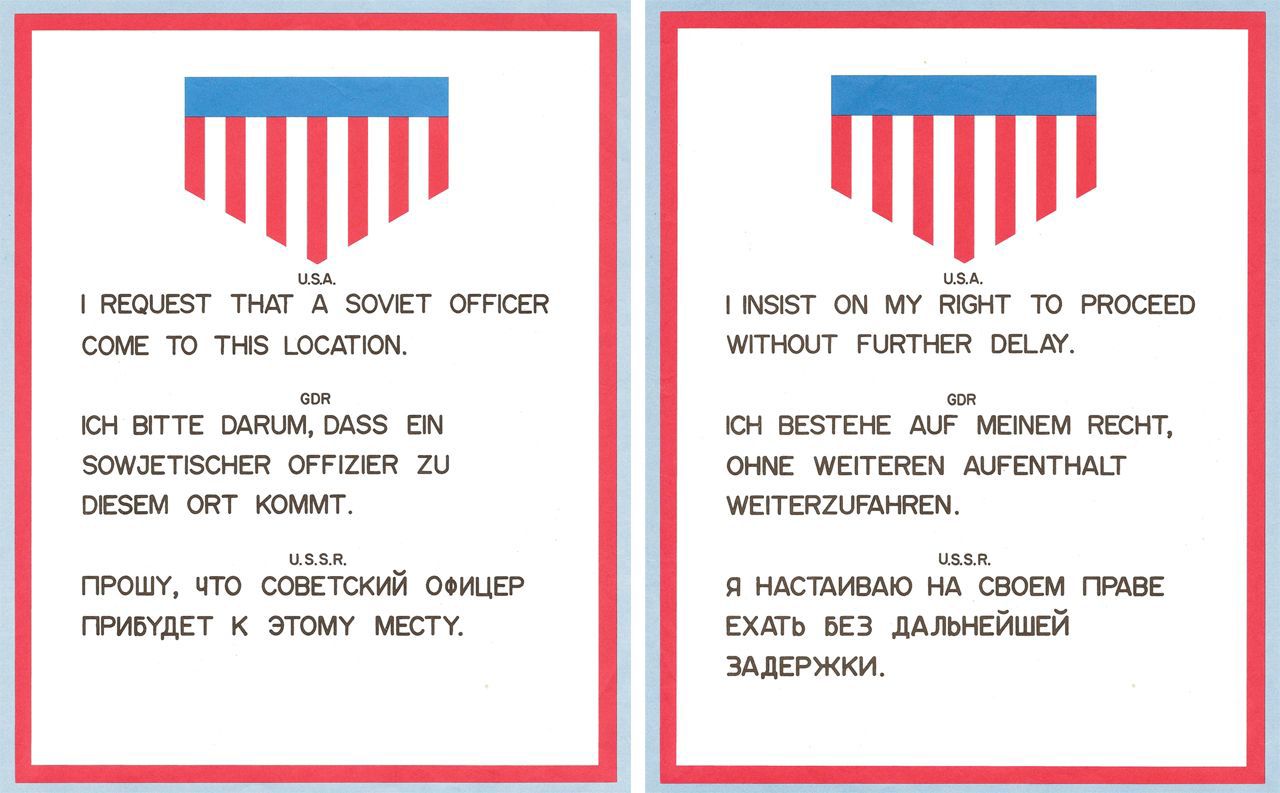 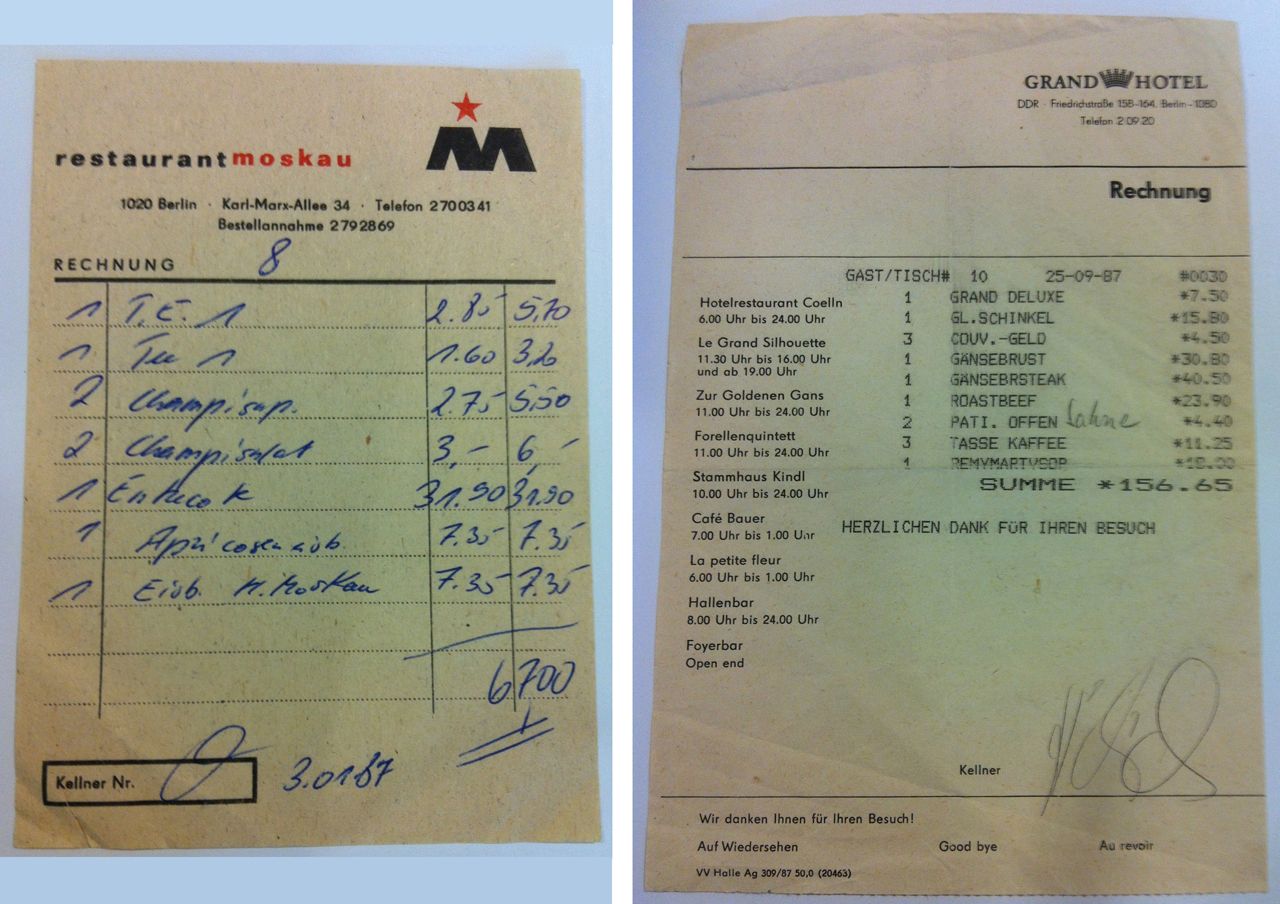 This is of course not the typical case for non-soldiers. But there are mainly three very different scenarios to observe: allied soldiers in Berlin or on their way to Berlin, diplomats or 'diplomats' (the latter being 'peace scouts' eg ordinary spies) and non-military private citizens. For the last scenario I refer to other answers here.

For any visit for staying overnight, a form of package tour had to be organized by the Reisebüro der DDR

A visa would then be issued at the border, based on the papers issued by the Travel Agent (on behalf of the Reisebüro der DDR) or by the Volkspolizei for private visits.

Exception: day visits to East-Berlin or a Tourist bus tour to Potsdam, where a permit (1977 Visa with a DM 5 fee) would be issued at the border.

Day visits outside of East-Berlin were only possible for residents of West-Berlin, when they were applied for beforehand.

For all day visits, the same crosspoint you used to enter had to be used for exit.

Although there were some extra regulations for German citizens, these rules otherwise applied for all westerners.

Here is some anecdotal evidence. A friend of mine travelled to East-Berlin during the late part of the cold war. He's a Swedish citizen and he travelled using a tourist visa. Don't know how hard it was to get, but I think they wanted tourists for currency and propaganda.

He went by train and said that when the train stopped in West-Berlin all the tourists got off and it was just him and a few businessmen on the train. Then a grumpy border guard entered and demanded "Papire, bitte!" and when he saw that he travelled on a tourist visa he suddenly became very happy. "Ah, jungen touriste!".

He also claimed he was the only one to write graffiti on the eastern side of the Berlin wall so he may not have been entirely reliable.

Not the answer you're looking for? Browse other questions tagged germany cold-war travel border or ask your own question.

16
What was the legal status of an East German once he had reached West Germany?
8
What was the typical range of travel of a Pennsylvanian resident for everyday life in the late 18th early 19th Century Pennsylvania?
16
Was the population of Moscow wildly overstated during the Cold War?
6
When did the modern visa system become widespread?
3
Border crossings between USSR and Afghanistan in the 1960s
17
How were servants to the Kaiser of Imperial Germany treated and where may I find more information on them?
2
Why did East Germany fail? And why did DDR need hard currency 1986-1989?